Germany is experiencing a steady increase in far-right, racist and anti-Semitic hate crimes. At least 7,500 people in Munich gathered to protest against the trend, pointing a finger at far-right Alternative for Germany. 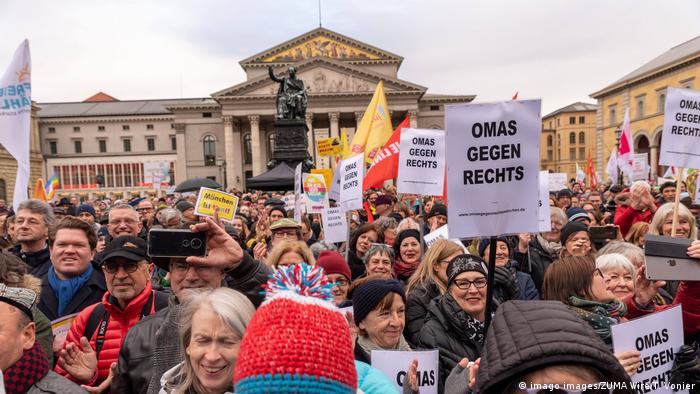 More than 7,500 people gathered in Munich on Friday to rally against far-right terror, racism, anti-Semitism. The protest was also angled against the far-right German political party Alternative for Germany (AfD).

The demonstration was organized in light of the rise of far-right attacks in Germany in recent months, such as in Hanau.

Organizers had expected at least 5,000 participants, and police estimate over 7,500 attended.

"Hate, agitation and anti-Semitism have no place here," wrote Bavarian Premier Marcus Söder on Twitter, after giving a speech at the demonstration.

"We need to be certain that the poison does not trickle down into the groundwater of our democracy," he said at the rally, according to the dpa news agency, echoing words used by German Chancellor Angela Merkelafter the Hanau attack. 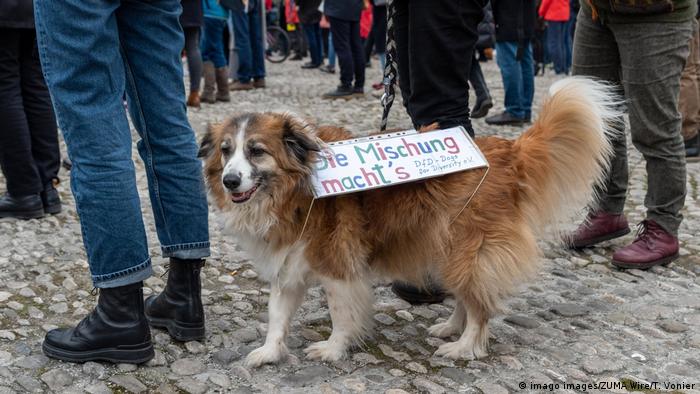 Söder also strongly criticized the AfD for their part in the rise of the far-right in Germany, saying that they wanted to drag Germany back to the 1930s, according to Bavarian broadcaster BR.

Protesters brandished signs with slogans like "colorful not brown" and "grandmothers against the right." The Left party and the Greens were also among the protesters.

A small group of critics of the demonstration tried to disturb Söder's speech.

The AfD has 22 seats in Bavaria's state parliament in Munich, a part of Germany known for its conservative values. The AfD has caused controversy in the state of Thuringia, with political parties floundering over their promises not to cooperate with them on any level.

Germany shootings: What we know about the Hanau attacks

Two deadly shootings took place at a hookah bar and a cafe in the western German city of Hanau. This is what we know so far about the attacks. (20.02.2020)