The German chancellor's comments came as the government met on how to tackle racism following extremist attacks. She said everyone in Germany has the right to feel safe "regardless of their skin color or faith." 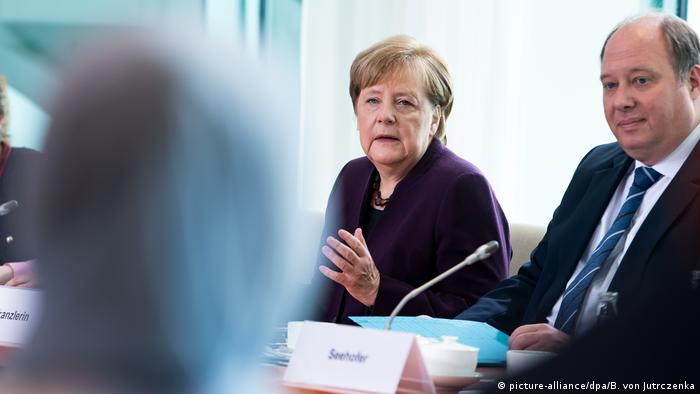 German Chancellor Angela Merkel said on Monday the country's fight against racism, anti-Semitism and Islamophobia was the government's "deepest concern."

Merkel said her government had already initiated a set of measures to combat extremism after a gunman targeted a synagogue in Halle last year.

"We hope this will have an effect," she said, but added that "this doesn't change the way you feel."

Merkel said everyone in Germany "regardless of their skin color or faith" deserve to feels safe in the country.

Interior Minister Horst Seehofer on Saturday announced the creation of an "independent expert group on Islamophobia," which emulates current ministerial panels on anti-Semitism and anti-ziganism.