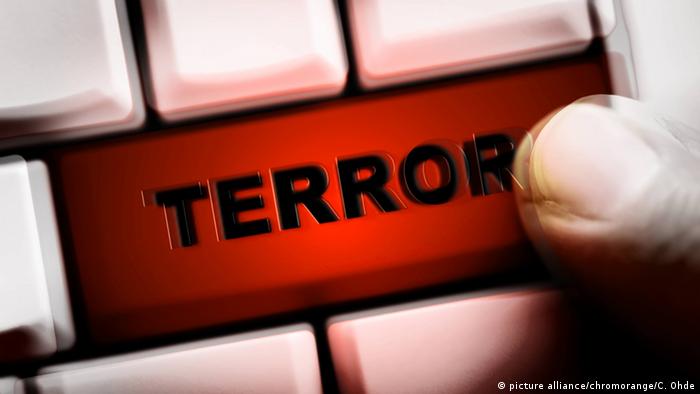 We now know that Tobias R., the man behind Wednesday's bloody terror attack in Hanau, western Germany, disseminated racist online videos. These, and his so-called manifesto, echo some of the far-right conspiracy theories circulating on the web today. He is evidently one of the many individuals to have been radicalized online.

A 2019 analysis by Germany's domestic intelligence agency states that it struggles to keep track of extremist lone wolves. Many of them, it claims, are radicalized not by engaging with known far-right groups, but on their own. Last summer, the agency subsequently launched a task force to monitor extremist behavior on social media to counter the threat of online radicalization. 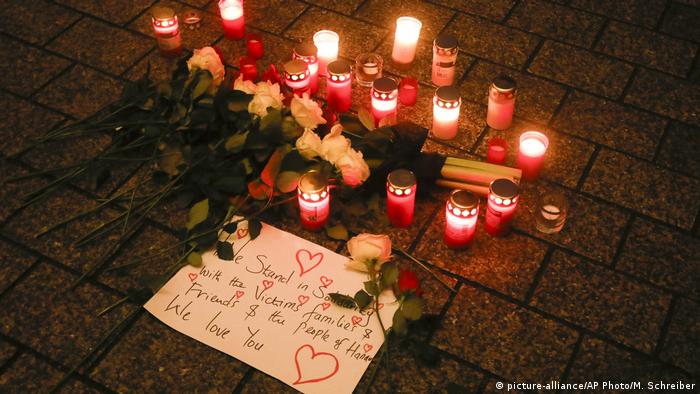 Online radicalization can lead to deadly attacks, such as the one in the German town of Hanau.

The Berlin-based Amadeu Antonio Foundation, which works to counter far-right extremism, also believes that individuals can easily become radicalized via the internet. Miro Dittrich, who oversaw a two-year study of extremist social media content, says there is "a network of online content that appeals to different target groups that lures them into an alternative (extremist) world."

He says since the birth of the internet, far-right activists had learned, though "trial and error," to frame and curate content to appeal to radicals. Dittrich says these activists have been quick to experiment with and adopt new online platforms, as well as to generate income, for instance though YouTube ads, donation drives and crowdfunding campaigns. He argues that increasingly, social media users are networking and communicating with each other on "dark social," which is difficult to monitor.

There are numerous factors, according to the Amadeu Antonio Foundation study, that increase the risk of online radicalization. One of them is YouTube's autoplay algorithm, which, although it has been adjusted somewhat, still tends to promote divisive content.

Another is the ability to create a group chats with 200,000 individuals on the Telegram messenger service. WhatsApp, by contrast, limits such chats to 256 people at most. The Telegram app also allows user to find other, nearby users. Both features can provide a big platform to spread extremist content.

The study also reports that extremists on Instagram have begun spreading their ideology by linking them to popular hashtags. The Identitarian Movement in particular, it states, has started disseminating far-right extremist content though seemingly innocuous pictures of parties and sports events. Moreover, extremists have begun creating their very own online platforms which effectively shut out anyone who does not share their worldview. This echo chamber, the study finds, emboldens them in their thinking. Many of those who gather on these platforms, the study says, consider themselves modern-day crusaders, who must save the "Western world."

The study reports that toxic narratives, such as the one claiming Germans are being displaced by foreigners, can and do spread with ease online. As users come across more dubious online content that confirms such narratives, they feel increasingly under threat and become open to radical solutions.

The study reports that far-right milieus in different countries are using the internet to connect with each other. On well-known extremist platforms, English is the lingua franca. And far-right terrorists, it states, learn and drawn inspiration from each other, thereby motivating others to commit similar crimes.

Ever since Anders Brevik's 2011 terror attack, it has become common for right-wing extremist terrorists to leave behind a manifesto. And since the 2019 Christchurch attacks, many extremists have livestreamed their crimes. The study reports that by broadcasting their acts, such terrorists seek to attract media and online attention. And while they appeared "like lone wolves," they are in reality connected to a broad network of like-minded radicals.