The darknet is a playground for illegal activities: weapons and drug trade, child pornography and fraud. It also offers a safe space for activists living under repressive governments. How does the darknet work? 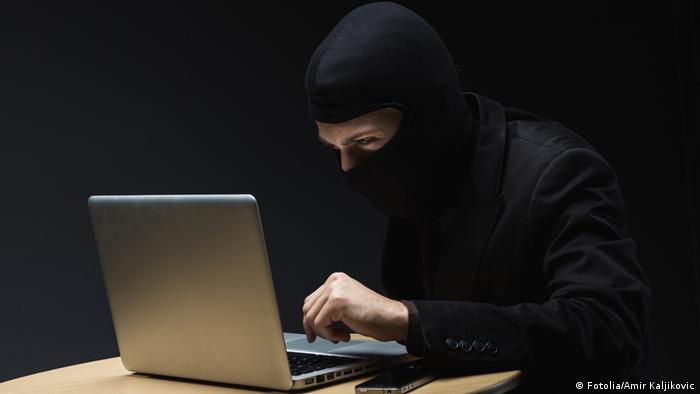 If the internet in general is an "information superhighway," then the darknet is a side street that doesn't show up on your GPS.

To find the way, you need to know the technology, and you need to explore the paths you intend to use there. Google's search tool cannot see darknet information because it is written in a different "language" than the one used by the World Wide Web. The darknet uses a kind of catalog – but the catalog by no means lists all the sites it contains. Which is intentional: Above all, the darknet is meant to offer anonymity.

Unlike the regular internet, the darknet is decentralized and fully anonymous – a significantly different structure.

Facebook's servers are the sticking points here because that is where all users' information is stored. Concerning the protection of data privacy, they are the network's most vulnerable spot: Anyone who has access to Facebook or Google's servers, for instance, can virtually see that particular network's users – which is what whistleblower Edward Snowden has shown America's NSA intelligence service does.

The darknet works without a centralized structure. Every computer also functions as a server, but it only saves bits of information – encoded information. Data transfer between the various computers in the darknet is anonymous, too, so observers – say, a intelligence service - might be able to receive data, but they wouldn't know what to do with it.

Even metadata are not revealing

By making metadata useless for outsiders, the makers of the darknet have devised another trick to keep things anonymous. 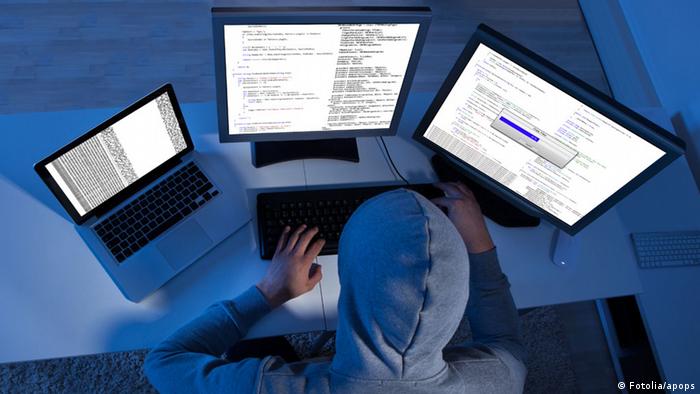 You can even 'rent' hackers on darknet sites

Usually, the metadata provides information on the sender and receiver computer. Anyone who intercepts communication on the regular internet can identify data flows between two computers. Even if the data are encrypted, you can identify the computers involved, and the volume, which leaves a lot of room for electronic eavesdropping.

In the darknet, individual data packets are sent via three randomly chosen computers. Every station they pass gives the data a new originating address and in the end, it is impossible to tell where it actually started out. This data distribution process is why the darknet runs more slowly than the traditional World Wide Web.

The darknet is a parallel network that can attract criminals. Generally, weapons, drugs and illegal services – for instance, the programing of computer viruses – have been offered on market places with names like "Silk Road" and "Black Market Reloaded."

Bitcoin is the common currency, exchanged anonymously but convertible into real cash once inside an individual's Bitcoin account.

The darknet is also popular with internet users living under oppressive regimes that actively monitor and block online content or take punitive action against dissidents.

So what can police, federal law enforcement officials, secret police and international crime-fighting networks do to combat the darknet?

Some tactics are surprisingly old fashioned.

One is to purchase an illegal item from a darknet marketplace and then analyze the package and its contents when it comes in the mail. With enough data, police can hone in on the package's source.

Another tactic is to build rapport with the site's owner, say a drug dealer, and to request a real-life meeting to exchange the goods.

Intimate details from millions of customers on infidelity website Ashley Madison have reportedly been published online by hackers. The FBI is investigating after the data was stolen in a bid to force the site to close. (19.08.2015)

A number of arrests have been made in an international operation to crackdown on "Darknet" websites. More than a dozen countries were involved in the raids including Germany, Britain, and France. (07.11.2014)

Google and Microsoft say they've listened. But Internet experts in the UK are asking whether blocking search words for child sex abuse images will help when most traffic happens from peer-to-peer. (19.11.2013)