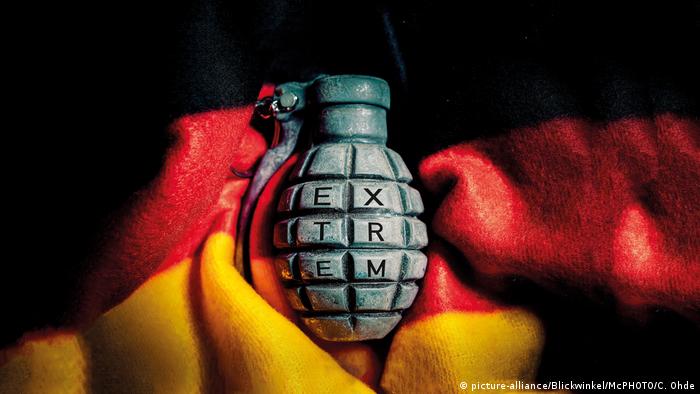 Tightening of gun laws, more protection for political figures at all levels and an obligation to report online criminal content for social media networks such as Facebook, Youtube and Twitter: those were just some of the measures announced by the German government on Wednesday as part of a new strategy which aims to combat far-right extremism and hate speech on the internet.

For more than a year, Germany's Interior and Justice Ministries have wrangled over the new bill, but recent far-right extremist violence in Germany resulted in the German Cabinet upping the tempo and hashing out a new packet months earlier than planned.

In June, pro-refugee regional official Walter Lübcke was gunned down at his home in central Germany by a right-wing extremist. Just three weeks ago, a heavily armed man killed two people after trying and failing to carry out a mass shooting in the local synagogue in the eastern city of Halle.

Investigations into the suspect of the Halle attack have found that 27-year-old Stephan B. had often visited websites which circulated anti-Semitic conspiracy theories.

After the terrorist attack in Halle, it was important that the "government's words were followed by actions," German Interior Minister Horst Seehofer (CSU) said on Wednesday. 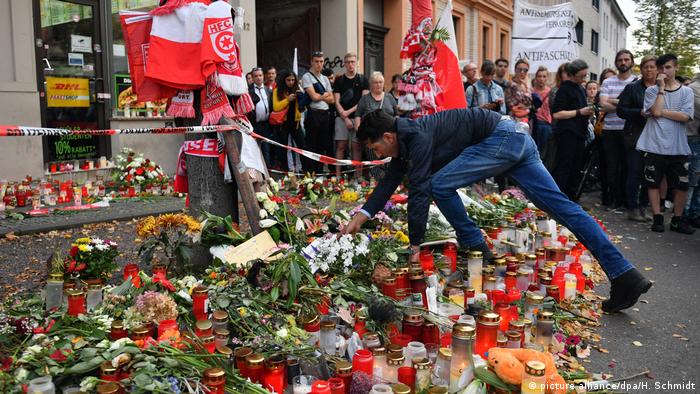 On October 9, two people were killed by a far-right extremist who tried and failed to carry out a mass shooting in a synagogue

Similarly, Justice Minister Christine Lambrecht (SPD) said the German government "is confronting right-wing extremism and anti-Semitism by all means enabled by of the rule of law."

"What the disinhibition and unleashing of hatred in the net can lead to was shown again in the terrible attack on the Jewish community in Halle," she added.

Several new measures are included in the new package which will see Germany's domestic intelligence agency, the BfV, taking on a more prominent role in the monitoring and prosecution of hate online.

What's included in the new measures?

- According to the package, online service providers such as Facebook, YouTube and Twitter will be obliged to report hate speech to German authorities, and also pass on the IP address of the conspicuous user. Until now, such social media giants have only been required to delete hate speech within a certain time period.

- Gun laws will be tightened, with each request for a weapons permit to be checked by the BfV.

- Existing prevention programs that aim to tackle right-wing extremism, anti-Semitism, racism and enmity towards any targeted group will be developed and financing "maintained at a high level."

- While local politicians will be afforded the same special protection against defamation and slander as state and federal politicians, attacks against paramedics and emergency medical professionals will be treated in the same way as resistance against enforcement officers. Legal changes will also make it easier for people threatened by far-right extremist violence to block access to their private email address.

Already on Wednesday, opposition politicians were voicing their skepticism over how the obligation to report hate would be implemented. Konstantin von Notz, a Green Party politician who serves as the party's internet policy spokesperson, told Deutschlandfunk radio that the online "big players" have so far been dealt with "very mildly," adding that financial penalties for not reporting and deleting hate speech should be in the "high tens and hundreds of millions."

"Otherwise you won't be able to hold these companies to account…This is the only lever you can use to deal with corporations that follow an economic, stock company logic," von Notz said, adding that the measures were "long overdue."

Meanwhile, Germany's Data Protection Commission said it will be observing the developments closely as Wednesday's proposals move toward becoming law.

"At this point it's too early to say whether this is good or bad," commission spokesperson Dirk Hensel told DW. "But there will certainly be questions to be asked regarding the ethics of private companies deeming what counts as a conspicuous post on social media."

Complications could also arise if a referral turns out to be a mistake, by which point private data will already have been shared between private companies and German domestic intelligence.

'You are a racist,' Germans tell AfD politician

A politician in the far-right AfD called guest workers "scum." Now Germans with migrant relatives are defending their families' honor — and using the far-right party's own inflammatory words against it. (24.10.2019)