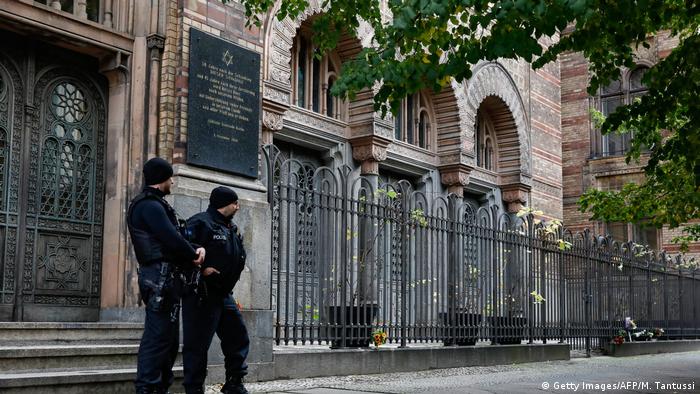 Interior Minister Horst Seehofer and his 16 state-level counterparts have agreed to measures aiming to prevent attacks like the October 9 shooting outside a synagogue in the city of Halle. Seehofer underscored the necessity of making it more difficult for people who exhibit extremist tendencies to obtain firearms because of the rampant violence in far-right communities.

"Policy must address this," the interior minister emphasized on Friday. The country could deny weapons permits to people identified as extremists, as well as cancel existing permissions, he said.

A 27-year-old failed to shoot his way into a synagogue packed with worshippers on Judaism's holiest day, Yom Kippur, while livestreaming a rant about Jews via a gaming website. He killed two people before being arrested and confessing to police of being motivated by anti-Semitism.

Seehofer and his colleagues released a 10-point plan for addressing extremism on Friday.

Following the attack in Halle, Germany's federal and state governments were widely criticized as having overlooked the rising levels of anti-Semitism and extreme-right threats despite ample evidence.

Only in 2018 did Germany appoint an anti-Semitism commissioner, after decades of calls to that effect. In March 2019, the city-state of Berlin adopted a state plan to combat anti-Semitism, but Friday's announcement was the first comprehensive federal plan to combat right-wing extremism that included measures specifically addressed at targeting violence toward Jewish people and institutions.

Hundreds of people gathered at a synagogue in Halle, Germany, to hold a vigil for two people killed in the shootings. The German justice minister described the incident as a "far-right terror attack." (10.10.2019)