The German capital has put together a comprehensive approach to fight anti-Semitic hatred. So why is this initiative happening at a local and not a federal level? The reasons, DW found out, are complex. 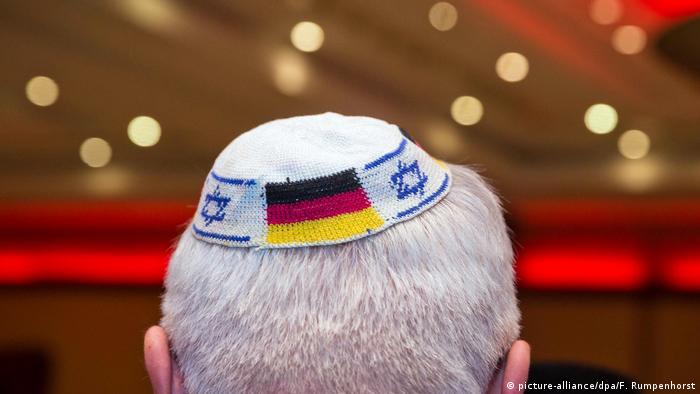 There have been many reports about anti-Semitism in Berlin over the past year or so, ranging from the story of a Jewish youth bullied out of his high school to accounts of an Israeli symbol being burned at a Palestinian demonstration. Now the city has responded with a 63-page plan — the first of its kind in Germany — on how to combat hatred of Jews.

What may at first look like a cosmetic symbol aimed at countering some bad PR for the German capital is justified by the country's federal structure. As Berlin Senator for Justice and Anti-Discrimination Dirk Behrendt explains, education and law enforcement are the responsibility of Germany's states. Thus it makes sense for a city-state to take the lead on combating the problem.

At the same time, he acknowledges that rising numbers of anti-Semitic incidents in Berlin set alarm bells ringing.

"Unfortunately, it's necessary because we have seen increasing anti-Semitism and hate in Berlin in recent years," Behrendt told DW. "There were a few spectacular cases that happened here."

The Research and Information Office on Anti-Semitism in Berlin (RIAS) — an NGO that tallies expressions of hatred against Jews — counted 527 anti-Semitic incidents in the German capital in the first half of 2018. That was up slightly from 514 incidents documented in the first six months of the previous year. Berlin's new plan is intended to reverse this with an emphasis on educating young people. 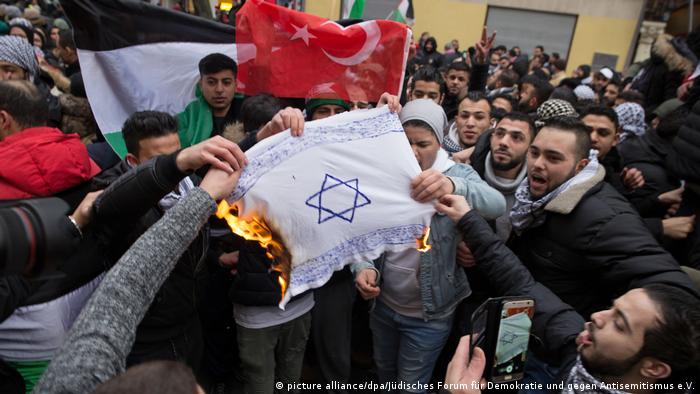 'Four out of 10 know nothing of Auschwitz'

Some of the highly reported cases of hostility toward Jews in Berlin involved younger people from Muslim backgrounds, leading many to fear that a generation without adequate sensitivity to Jewish issues is coalescing in the German capital. Berlin State Secretary Sawsan Chebli, who helped develop the plan and who comes from a Lebanese-German family, told a local paper that "four out of 10 schoolchildren know nothing about Auschwitz."

"The Berlin Senate isn't standing by doing nothing," Chebli told DW. "There's no place for anti-Semites here. It's up to us, including the Muslims who live here, to fight for this idea."

The Berlin plan presented late Tuesday begins by focusing on education and youth work. The logic is not just to target groups most likely to be involved in anti-Semitic incidents, but those most open to changing their ideas.

"Younger people can be more easily influenced," says Behrendt. "Hopefully we can steer them more easily in the right direction than someone who's 40 and has a closed, anti-Semitic view of the world."

The other areas of focus in the plan are justice and security, culture, research and victim protection and prevention. Berlin intends to install a special commissioner for anti-Semitism, parallel to Felix Klein, who heads the federal government's anti-Semitism office.

Other than creating the commissioner's office and providing additional training for police and teachers, the plan doesn't offer much that is new. That, however, is intentional. 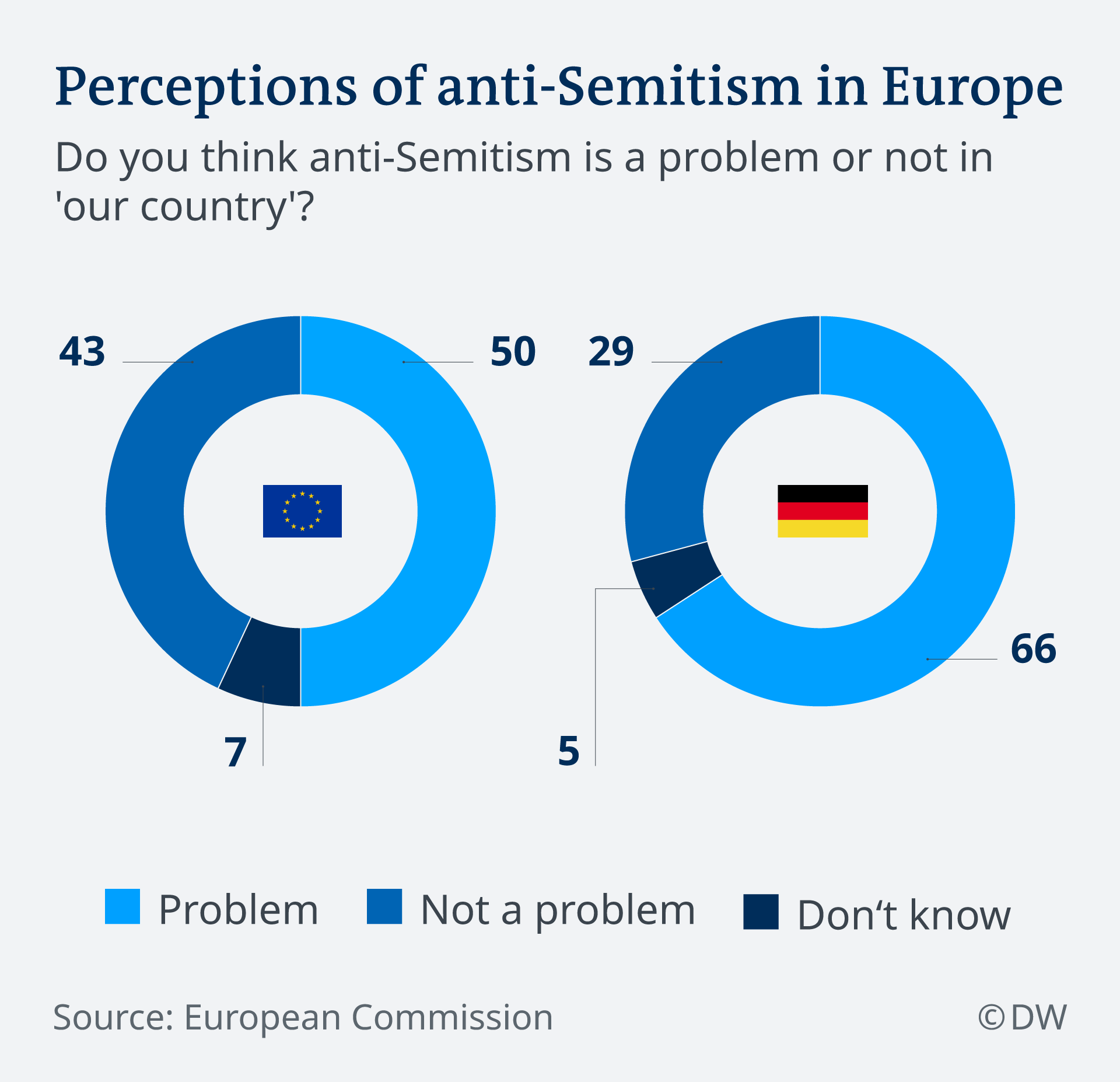 Behrendt is full of praise for the various NGOs and citizens' initiatives in Berlin that try to raise awareness of and combat anti-Semitism. The plan hopes to network these resources and build what Behrendt calls "synergies."

That may sound like an empty buzzword, but organizations concerned say it's not. RIAS project director Benjamin Steinitz says that the plan has already helped them better translate reports of anti-Semitic incidents into information Berlin police can use to build cases against offenders.

"There are concrete practical possibilities to act, to coordinate the work of civic groups and prosecutors," Steinitz told DW.

The admiration is mutual, with Behrendt mentioning RIAS as a project worthy of emulation.

"We're especially proud of RIAS," the justice senator says. "It's an institution for which the other federal states envy us." 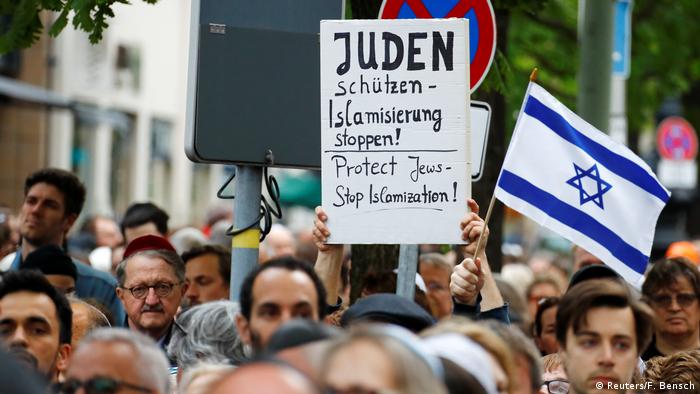 The German capital is putting its money where its mouth is, although just how much it will invest remains to be seen.

Berlin's next budget has yet to be passed, but Behrendt says that the plan guarantees an increase in funds to combat anti-Semitism. That's welcome news for NGOs and citizens' initiatives like RIAS, many of which run on shoestring financing.

In any case, Jewish groups in the capital are happy the city-state government is doing something to tackle the problem.

"We welcome the fact that a well-rounded 'learning concept' has been passed with the plan 'Berlin Against All Forms of Anti-Semitism,'" said Lara Süsskind, chairwoman of the Jewish Forum for Democracy and Against Anti-Semitism. "As it progresses, a consciousness should be developed that anti-Semitism is not just a problem for Jews but an attack on democratic society."

The American Jewish Committee is also pleased with the move. "We explicitly greet the fact that Berlin is the first federal state to formulate a plan for fighting anti-Semitism — that should serve as a role model," said the committee's Berlin director, Deidre Berger. "We hope Berlin's anti-Semitism commissioner will be given the necessary financial resources and support from security, integration and education experts."

German President Frank-Walter Steinmeier has called for a decisive fight against anti-Semitism. He lamented the rise of ant-Semitism in modern society and on the internet. (10.03.2019)