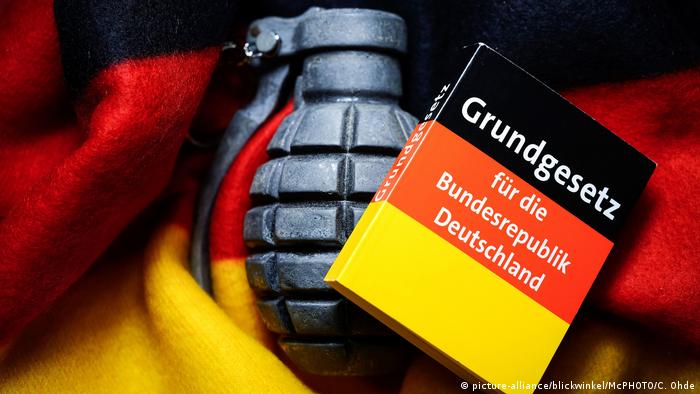 Germany must admit that it underestimated the threat of far-right terror for too long, the president of the Bundestag told lawmakers on Thursday.

The country must do more to smash far-right networks, while also addressing the problem of Islamophobia in society, Wolfgang Schäuble told Germany's lower legislature.

Read more: After attack, Hanau takes a stand against racism

Schäuble, addressing a parliamentary debate on the Hanau attacks, called for "sincerity from the state, which must admit to having underestimated the extreme right-wing danger for too long."

"The decisive answer to this must be to uncover radical networks with all constitutional means and to smash right-wing extremist associations," said Schäuble, adding that the state must "finally get better at consistently enforcing the law".

DW's Michaela Küfner followed proceedings in the Bundestag and said that this was "the moment it was recognized that the [far-right] threat had, in teh past, been a lot larger than was publicly debated."

The perpetrator of the Hanau attack killed nine people with foreign roots at both a cafe and a shisha bar in the city. Authorities judged the murders to have been racially-motivated.

Schäuble said that such crimes "do not happen in a vacuum" but in a "poisoned social climate in which resentment towards 'otherness' — and the most absurd conspiracy theories — are stoked."

Minorities had been demonized to such an extent, Schäuble said, that hate campaigns — and even murder — were accompanied by "perverse applause on social networks."

Read more: 'Ferhat wanted to do something good for Hanau'

He also addressed the topic of Islamophobia. "Nothing justifies belittling, denigrating, persecuting, attacking people because of their origin or belief," said Schäuble, while adding that people's concern about immigration and social change needed to be taken seriously.

The killing spree in Hanau — near the city of Frankfurt — ended when the 43-year-old German gunman returned home, killing his mother before turning the pistol on himself. Thousands joined protests against far-right violence in the wake of the attacks, with many accusing the far-right Alternative for Germany(AfD), which holds 91 of 709 seats in Germany's lower house, of having fueled resentment.

Social Democrat lawmaker Aydan Özoguz told DW that the session had been important to show solidarity with the victims.

During an emotional debate session, the AfD rejected any blame for the attack, claiming that the failure of mainstream parties had led to rising extremism.

A memorial service for the victims was held on Wednesday, attended by German Chancellor Angela Merkel and President Frank-Walter Steinmeier.