Opinion: Germany is failing in its anti-racism efforts 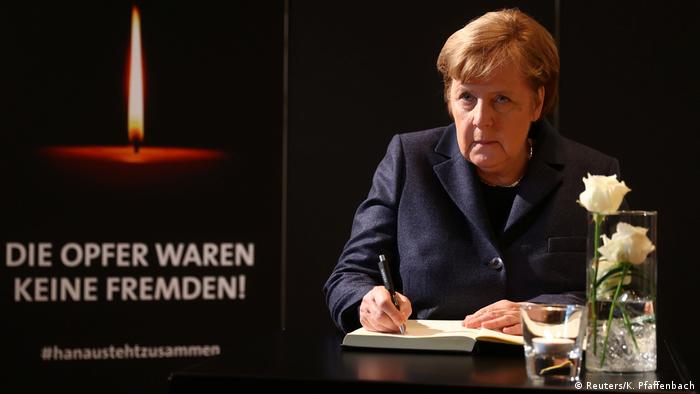 Didn't we just experience another racist attack? Weren't several people killed? Yes — but we've already processed that in the usual ways: a memorial service for the victims, a minute of silence with the bereaved; a wreath laid here, another there; drinking tea with Muslims. Then we quickly move on to a yet another commemoration — World Wildlife Day or International Women's Day — but at some point, of course, we have to get over it. Life goes on — and besides, now we have coronavirus to worry about!

Germany has a racism problem, and it needs urgent action. But unless people are being killed, this problem tends to be forgotten, only to be briefly highlighted on special occasions.

I am genuinely happy about all the well-meaning, brave citizens who continue to hold their minutes of silence, light candles and organize special events. And yet, at the same time, I despair.

'Show your face — raise your voice'

This year's motto for the International Weeks Against Racism is "Show your face — raise your voice." I am hoping this appeal is aimed squarely at the silent majority. Those people who don't intervene when Muslim women wearing headscarves are attacked on the street; the silent majority who accept that refugees are being gunned down on Europe's borders; the group that doesn't object when right-wing extremists speak in their name.

People are regularly killed because of racism. And structural racism ensures that the lower strata of German society consists largely of ethnic minorities. Racism is the foundational basis of right-wing extremists, neo-Nazis and their parliamentary arm, the Alternative for Germany party (AfD).

Where is the state?

To fight racism, the government must get tough. And this isn't just a question of security; anti-racism education is necessary at every level. But it's precisely here where the state is dropping the ball and leaving this important issue to civil society — and even there, groups must fight for every last cent of funding.

On the website of Germany's Foundation Against Racism, the organizer behind the International Weeks Against Racism, it says in various places: "This project is no longer funded. We are making efforts to obtain additional financial backing."

Under the section "Antiziganism events," it simply states that "Funding for 2020 has already been exhausted." Hmm — mid-March, and all the money has been used up. No more events highlighting the problem of discrimination against Sinti and Roma. They'll just have to deal with it on their own.

Anti-racism should be a priority

Researchers and NGOs have developed many excellent methods to help societies deal with rampant, deeply rooted racism. They know where to tackle the issue: in schools, in the public sector, within the ranks of the police. Anti-racism crosses all sectors; its efforts should have a permanent place — and sufficient funding — in all government ministries.

But this isn't currently the case. On the contrary, funding is being cut. After every racist attack in Germany, politicians say it will be a real "turning point" — but then everything stays the same. The issue only makes headlines on annual commemorative days.

And now we're marking the International Weeks Against Racism. All well and good, but anti-racism efforts aren't something you can limit to just two weeks a year, before forgetting about it again. If we're to take the German constitution seriously, anti-racism should be a priority, a matter of course — 365 days a year.

Sheila Mysorekar is the chair of the New German Media Professionals, a nationwide association of media professionals with different cultural and linguistic skills and roots. The aim of the organization is to promote diversity in all aspects of the media and media organizations.

After attack, Hanau takes a stand against racism

Hanau has held a memorial service for the lives lost in an attack two weeks ago. Though the city is in mourning, local groups combating racism have found renewed support in the aftermath of the shooting. (04.03.2020)

China: Population grows at slowest rate in decades 2h ago

India: Bodies of suspected COVID-19 victims wash up on Ganges riverbanks 6h ago