Turkey's Erdogan warned anti-Muslim Australians that they would be sent back in coffins like their grandfathers at Gallipoli while commenting on the Christchurch massacre. His aides then tried to downplay his remarks. 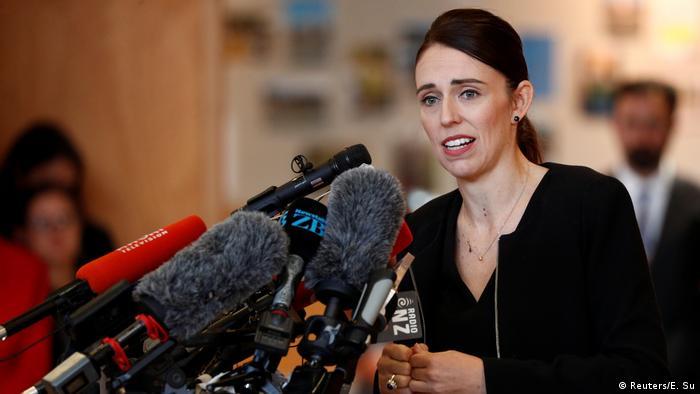 Erdogan has vowed to make the shooter pay if New Zealand fails to do so. He has also showed alleged footage of the shooting at campaign rallies ahead of local elections scheduled for March 31 and told his supporters that the killings were part of an attack on Turkey and Islam.

The comments came after Peters warned Erdogan that showing footage of the shooting to supporters of his Islamist AK party could risk the safety of New Zealanders abroad.

Police have charged a 28-year-old Australian citizen with murder for killing at least 50 people at two mosques during Friday prayers. The suspected white supremacist livestreamed the attacks on social media.

The first victims of the Christchurch attacks were buried on Wednesday.

Erdogan also angered Australia after he said that Australian and New Zealand troops fought in Turkey during World War I because they wanted to wage a war against Islam.

"We had no issues with you, why did you come all the way over here?" Erdogan told his supporters at a rally in northern Turkey. "The only reason: We're Muslim, and they're Christian."

The president added that anti-Muslim Australians would be "sent back in coffins" like their grandfathers who had fought at Gallipoli, a 1915 campaign in which Turkish Ottoman forces killed thousands of Australian and New Zealand troops.

Later, Erdogan's office said the comments were taken "out of context."

The Turkish president made a speech at a Gallipoli commemoration, prompting him to frame his comments "in a historical context of attacks against Turkey," his communication's director Fahrettin Altun said.

Australian Prime Minister Scott Morrison summoned the Turkish ambassador on Wednesday to demand that the "highly offensive" and "highly reckless" comments be withdrawn.

"I will wait to see what the response is from the Turkish government before taking further action, but I can tell you that all options are on the table," Morrison said, adding that his government was reviewing its travel advice for Turkey. 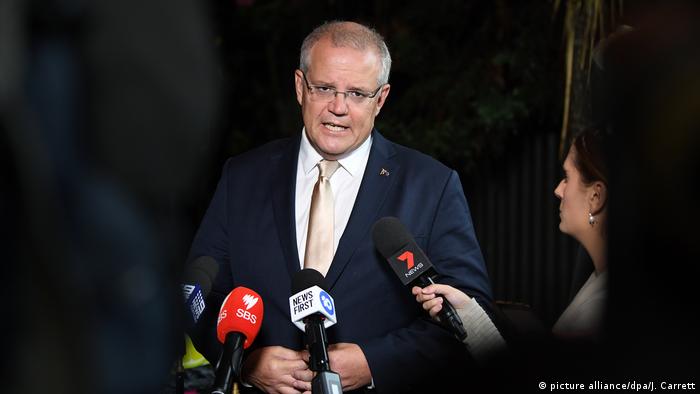 Morrison urged Erdogan to remember the words of Turkey's founder, Mustafa Kemal Ataturk, at a memorial in Gallipoli: "There is no difference between the Johnnies and the Mehmets ... after having lost their lives on this land they have become our sons as well."

"Ataturk sought to transform his country into a modern nation and an embracing nation, and I think these comments are at odds with that spirit," Morrison said.