The Christchurch terror attacks have prompted the government to quickly review its gun law policy, with tighter legislation expected as the outcome. The shooter used military-style arms to target people at two mosques. 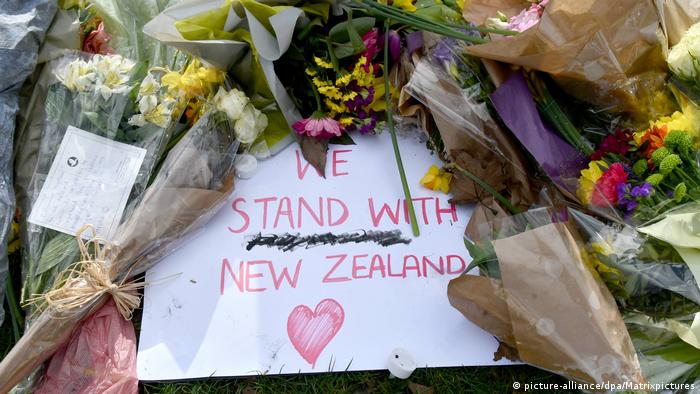 Prime Minister Jacinda Ardern announced Monday that her Cabinet had agreed "in principle" upon tighter gun laws for New Zealand.

The proposed changes, to be announced at a future date, were spurred by Friday's Christchurch terror attacks, in which a shooter used multiple weapons, including military-style semiautomatic guns, to open fire on worshippers at two mosques, killing 50.

Speaking at a press conference, Ardern said the attack "has exposed a range of weaknesses in New Zealand's gun laws."

She said her Cabinet had agreed in principle on the gun law reforms to be made, highlighting that the review had come within 72 hours of the attack.

"I will announce a more fulsome set of details once we have worked through the decisions the Cabinet made today," Ardern said, adding that concrete proposals will be announced within 10 days.

In the meantime, she encouraged individuals to surrender weapons similar to the ones used in the attacks to the authorities.

Ardern also announced that her government would launch an inquiry into the country's intelligence services. The suspect charged in relation to the attacks, a self-declared white nationalist who had posted a racist manifesto online, was not on the security services' radar.

In addition to examining whether government agencies could have done more to prevent the shooting, the inquiry would also look at the suspect's travel to and from New Zealand, his activities in the country, his use of social media and his contacts.

"The primary aim of the activity is to formally obtain material that may assist New Zealand Police in their ongoing investigation," a police statement said.

New Zealand would hold a national memorial to the victims of the attacks, the prime minister added. The date has yet to be determined, but it would not be this week, she said.

"We want to ensure the priorities for the coming days are that families get the opportunity to grieve together."

Families have been waiting for their loved ones' bodies to be returned for burial as investigators have needed to undertake examination processes.

Ardern also said that the heightened police presence seen in Christchurch on Monday would continue, adding that the officers were there for reassurance and as a precaution rather than in light of any other immediate threat.

Armed only with a credit card reader, Abdul Aziz Wahabzada confronted the attacker in Christchurch. His actions are believed to have prevented further deaths. He talks to DW. (17.03.2019)