For more than 17 minutes a gunman livestreamed the untold damage he inflicted on New Zealand's Muslim community. Here is how the deadly attack on two mosques in Christchurch unfolded. 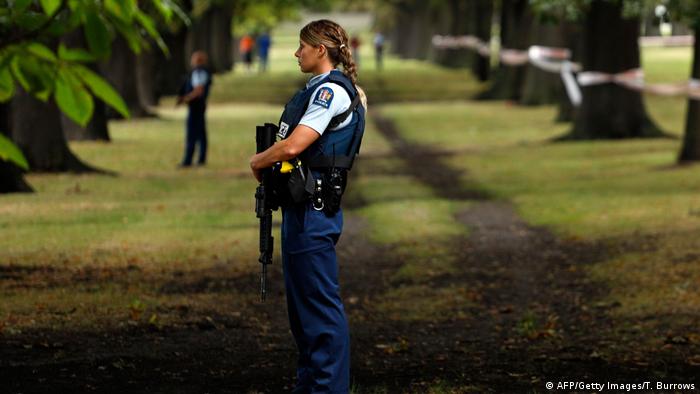 New Zealand is reeling in the wake of the most deadly mass shooting in its history. Here is a timeline of the vicious attack targeting Muslims in the southern city of Christchurch. The attack left 50 dead and injured a further 50. 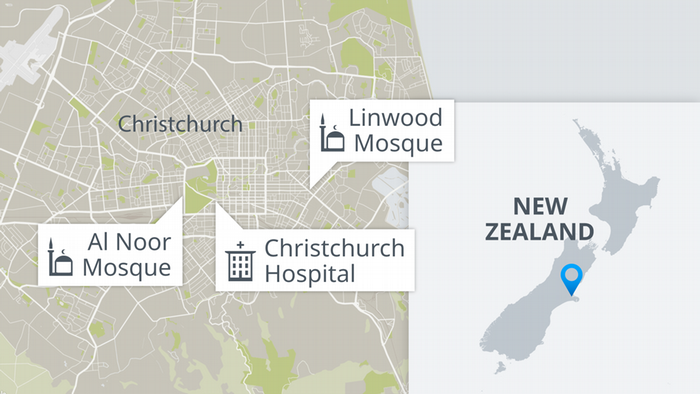 All times local (Christchurch, New Zealand, is 13 hours ahead of UTC). Entries reflect events at given time on day of the attack, Friday, March 15, 2019.

13:40 Shooter enters Al Noor Mosque, livestreaming the attack on Facebook as he opens fire with an automatic weapon, killing 42 people. The shooter remains in the mosque for two minutes. He leaves, shoots at people on the street, retrieves another rifle from his car and re-enters the mosque. After leaving the mosque again, the gunman shoots a woman outside.

13:57 Facebook removes livestream video after police alert the company. It continues circulating on other platforms, with new versions being uploaded as fast as others are removed.

14:10 Police arrive at the Al Noor Mosque responding to reports of gunfire. At the same time, a shooter enters Linwood Islamic Center 6 kilometers (4 miles) away, opening fire and killing seven. One more individual later dies in hospital. Witnesses say that a worshipper managed to disarm the assailant, forcing him to flee.

16:00 New Zealand Police Commissioner Mike Bush announces that one person has been detained, but that others may still be at large.

16:28 New Zealand police request that people stay away from mosques.

17:30 Police announce four people have been taken into custody in connection with the attack. Commissioner Bush also confirms that two improvised explosive devices were discovered in one vehicle near Al Noor Mosque.

21:52 One suspect is released. Police say one person "was arrested earlier today, however, that was not related to these events." Three others remain in custody.

22:14 Police announce that a 28-year-old white male has been charged with murder and will be arraigned on Saturday.

00:00 Police confirm an operation in Dunedin, 320 kilometers away, describing it as a "location of interest."