The country remained on a high security alert following the deadly terror attack on mosques in Christchurch. Victim burials were expected to begin as PM Jacinda Ardern and her Cabinet prepared to meet and propose action. 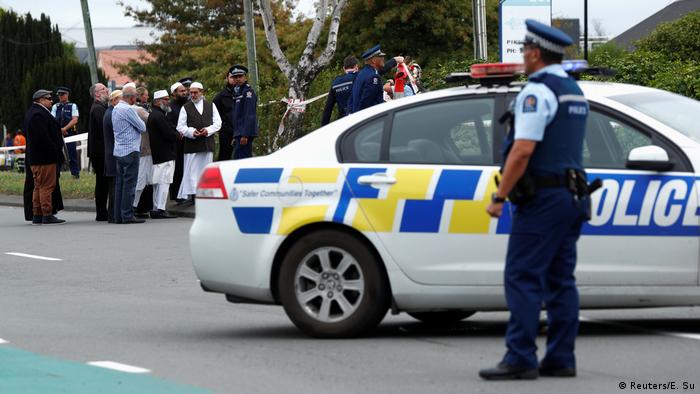 Police maintained a high-profile presence in Christchurch on Monday as schools and businesses started the working week following the Friday terror attacks on two mosques that left 50 dead.

The suspect charged in the attack, self-avowed white nationalist Brenton Tarrant, remained in custody as investigations continued across multiple countries and New Zealand's government prepared for a Cabinet meeting focused on the attacks.

Armed only with a credit card reader, Abdul Aziz Wahabzada confronted the attacker in Christchurch. He has has given an exclusive interview to DW. (17.03.2019)