Two mass shootings at mosques in the New Zealand city have left 50 dead and stunned the world. DW brings you up to speed on the tragic events as details emerge about the right-wing extremist charged in the attacks. 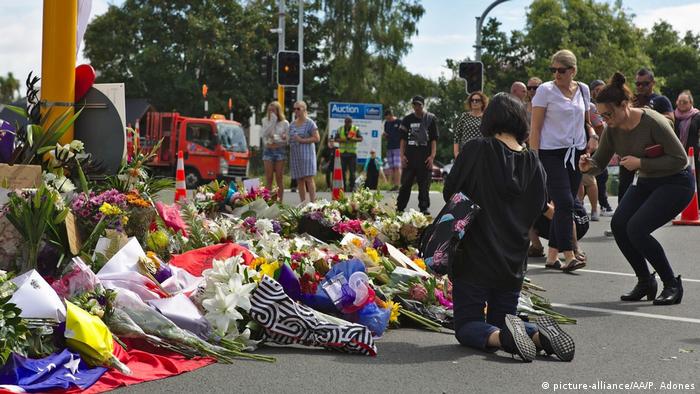 A 28-year-old man suspected of being behind Friday's deadly terror attacks against the Muslim community in Christchurch appeared briefly in court on Saturday, where he faced one charge of murder, with the expectation of more similar charges to come.

The shooting attacks at two mosques in Christchurch on Friday killed 50 people and injured at least 47, making it the deadliest attack in New Zealand's modern history. It sparked horror and dismay around the world and prompted international leaders to denounce the Islamophobic violence. 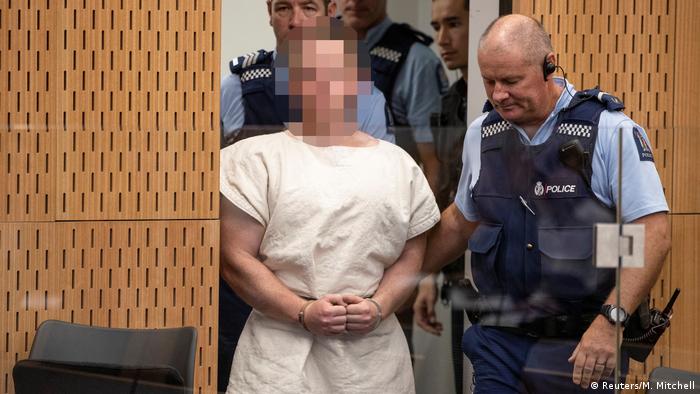 The suspect flashed an upside-down 'OK' signal, a symbol used by white power groups across the globe, in court Saturday

Prime Minister Jacinda Ardern said the shootings "can now only be described as a terrorist attack" and called it one of New Zealand's "darkest days." She also vowed to reform the country's relaxed gun laws.

US President Donald Trump, who was referred to as "a symbol of renewed white identity" in the suspected attacker's manifesto, described the tragedy as a "horrible massacre" and expressed solidarity with New Zealand, while simultaneously downplaying the threat of rising white nationalism around the world.

German Chancellor Angela Merkel said the shootings were not only an attack on Muslims, but also on New Zealand's tolerant society: "We share these values with New Zealand and we share their horror and condemnation of this attack." 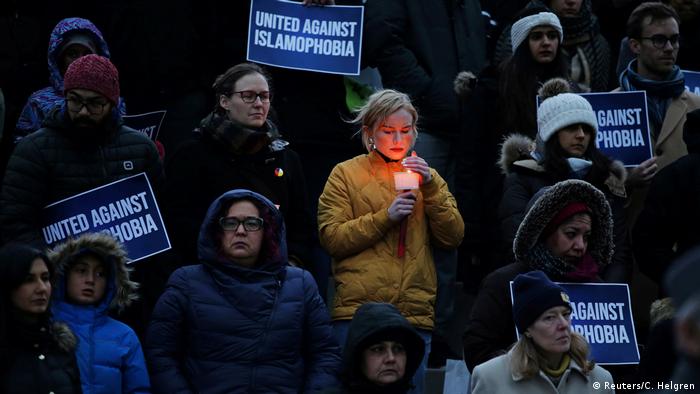 Mourners in Toronto, Canada, held a vigil for the victims of the mosque attacks

The victims in the attack were of many different nationalities, with people from Saudi Arabia, Jordan, Malaysia, Pakistan and Turkey among the missing, injured or dead.

New Zealand is generally considered to be welcoming to refugees and immigrants. Last year, the prime minister announced the country would increase its annual refugee quota from 1,000 to 1,500 in 2020.

Former DW correspondent Clare Richardson tweeted that a memorial paying tribute to the victims and expressing solidarity with Muslim communities had sprung up in the Christchurch Botanic Gardens.

Mass shootings are rare in New Zealand, a country of around 5 million people, though there are an estimated 1.5 million guns in the country, or one for every third person.

New Zealand tightened its gun laws to restrict access to semi-automatic weapons in 1992. However, anyone over 16 can apply for a firearms license, which lasts for 10 years after a background check and completion of a safety course. Most guns do not require registration.

Opinion: Terrorism does not discriminate

Terrorism has largely been perceived in the West as the work of Islamists. The attack on Muslims in Christchurch shows that Islamophobic hate has equally deadly consequences, writes DW Editor-in-Chief Ines Pohl. (15.03.2019)

In the past 10 years, there have been numerous attacks targeting Muslim and Jewish communities, as well as people of color. DW examines some of the world's major right-wing extremist terror attacks. (15.03.2019)