The manifesto of the Christchurch terrorists cites Dylan Thomas' poem "Do not go gentle into that good night." The work has been quoted in various contexts — but the poet didn't have killings in mind when he wrote it. 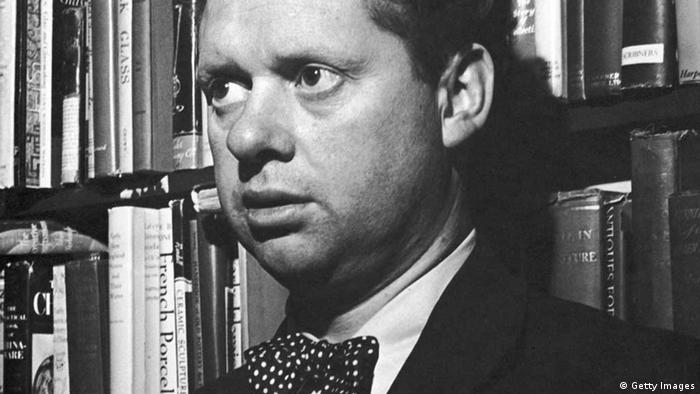 The unsigned manifesto posted by the terrorist of the Christchurch, New Zealand attacks on mosques opens with Welsh poet Dylan Thomas' most famous poem, known by its first line, "Do Not Go Gentle into That Good Night."

While this line, repeated throughout the piece, and the recurring use of the word "rage" in the poem could give the impression that Thomas was calling for combat, the poet rather wrote it for his dying father, mourning his loss of health and imploring him to cling to life.

"And you, my father, there on the sad height,
Curse, bless me now with your fierce tears, I pray.
Do not go gentle into that good night.
Rage, rage against the dying of the light."

When Thomas wrote it in 1947, he also faced problems of his own, struggling with poverty, an unhappy marriage and severe alcoholism.

Born in Wales in 1914, Thomas started working as a journalist after leaving school at the age of 16, and then went on to publish poetry and stories. He gained fame through his radio recordings for the BBC during the late 1940s.

His reading style turned him into poetry's first "rock star," paving the way to the Beats in the 1950s and today's poetry slams. His work deeply influenced Bob Dylan — who had his name changed from Zimmerman to Dylan in reference to the poet. A depiction of the poet also appeared in the collage of iconic figures on the Beatles' album Sgt. Pepper's Lonely Hearts Club Band.

Though the work "Do Not Go Gentle into That Good Night" remains under copyright, the 19-line lyrical poem, written in a form known as the "villanelle," appears in its entirety on various websites and has been widely quoted in pop culture.

Similarly, the fictional US president in Independence Day (1996) also leads an attack against alien invaders with a slightly modified version of the famous line, "We will not go quietly into the night."

The teacher played by Michelle Pfeiffer in the 1995 film Dangerous Minds also uses the work as an inspiration for her students.

The poem was set to orchestral music by Igor Stravinsky in 1954, for a memorial after Thomas' death, and by John Cale in his album Words for the Dying (1989). Bands of all sorts have also cited the piece in songs, from the British black metal band Anaal Nathrakh to the US rapper G-Eazy and Christian rock band Brave Saint Saturn.

Currently touring New Zealand, the Russian feminist punk group had a performance planned in Christchurch on Friday. The band is also banned from entering Brazil, which was the next stop on their international tour. (15.03.2019)