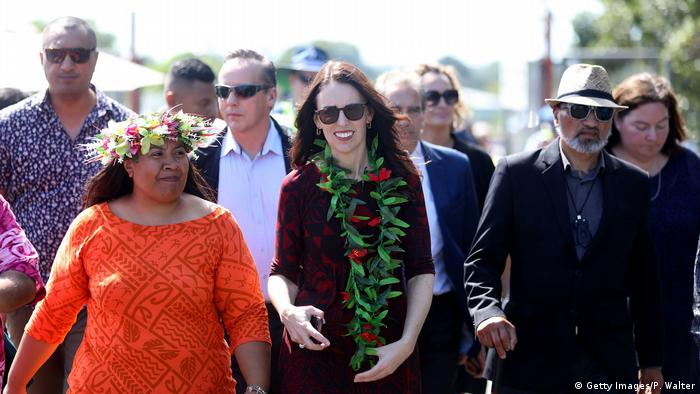 New Zealand's Chief Human Rights Commissioner Paul Hunt urged Kiwis to stand together Friday as the toll from a gunman's apparent racist attack on two mosques mounted in the South Island citystill rebuilding after its 2011 earthquake.

"New Zealand is one of the most ethnically diverse countries in the world," said Hunt, whose commission is also known as Te Kahui Tika Tangata in Maori, New Zealand's other official language since 1987.

"This is not New Zealand," Mustafa Farouk, president of the South Pacific island nation's Federation of Islamic Associations (FIANZ) told Fairfax media. "We go around the world telling people we are living in the most peaceful country in the world," he said, adding "we are doubly shocked."

Prime Minister Jacinda Ardern called it "one of New Zealand's darkest days," recalling previous earthquakes and the 1979 Erebus airliner sightseeing crash in Antarctica that saw the loss of 257 lives.

Visibly shocked, Christchurch Mayor Lianne Dalziel, a former immigration minister, urged the city's population of about 340,000 to "pull together" after what she described as an extremist's premeditated attack.

“Christchurch is a city that welcomes people from all cultures, religions and backgrounds and it breaks my heart to see this happen in our city," said Dalziel.

A large silver fern frond — a national symbol alongside the Kiwi bird — was placed by local residents Wendy and Andy Johnson near the targeted Al Noor mosque in Hagley Park.

"We cut the silver fern out of our garden just to let all our Muslim community know that our hearts are breaking for them today," said Wendy. "There's no tolerance for this in our society."

'Racism is an issue in New Zealand'

Devoy told pupils in Auckland last March that fighting racism boiled down to "sharing the real stories of New Zealanders" and treating each other with mana, the Maori word for respect.

"We knew that many Kiwis didn't think we had a problem with racism or prejudice here," said Devoy, recalling an anti-racism campaign begun in 2016 to document New Zealanders' experiences.

Devoy cited testimony from Wong Lui Shueng, a fifth generation New Zealander who grew up in a small country town.

"Her story shocked people because after 70 years, she remembers with minute detail how a gang of boys had racially attacked and tormented her throughout her childhood.  But the day her friends stood up for her, she told us, her world changed forever," recalled Devoy.

"She told us that people need to recognize that when we say things like 'don't mix with them, they smell' or 'don't talk to them, they eat weird food,' that's how racism starts."

New Zealand statistics — collated on the principle that residents and citizens define their own identities — list about 25,000 persons of "not further defined Middle East" origin as well as those who described themselves as Iranian/Persian, Egyptian, Arab, Iraqi, Somali, Egyptian, Lebanese and Israeli/Jewish.

During the Nazi era, exiled Austrian-British philosopher Karl Popper authored his two-part book The Open Society and its Enemies at Christchurch's Canterbury University.

The Canterbury Museum was founded in 1863 by geologist/ explorer Julius von Haast, originally from Bonn, Germany. 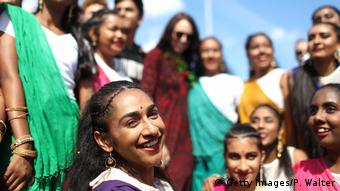 Migrants' stories of arriving from Britain and Ireland, as well as from neighboring Pacific islands, China, Dalmatia (former Yugoslavia), Greece and India, are told.

Among New Zealand's children, 42 percent identify with two, three or even more ethnicities, says Te Papa, citing a study done by the University of Auckland.

"Seventy percent of children were expected by their parents to identify as European, a quarter as Maori, and a fifth as Pacific," says Te Papa.

In an attempt to curb rising house prices, New Zealand has banned most foreigners from buying certain properties. Statistics show China and Australia are the biggest buyers, but Australia won't be subject to the ban. (15.08.2018)

257 killed as flight crashes into Mt Erebus in Antarctica 1979