The funeral of father-and-son victims of the New Zealand mosque massacre has taken place. Authorities spent four days constructing a special grave at a Christchurch cemetery designated for Muslim burials. 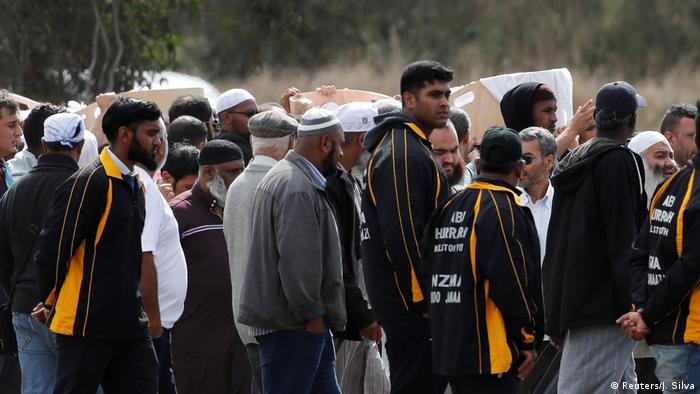 The first funeral for victims of the Christchurch mosque shootings took place on Wednesday. A Syrian refugee named as Khaled Mustafa and his 15-year-old son Hamza were buried at the Memorial Park cemetery. A younger brother, Zaid, was wounded in the attack. He attended the funeral in a wheelchair.

The service was attended by hundreds of mourners.

"After a short time for prayers, family and friends will carry the body to the grave site where it will be laid to rest," council official Jocelyn Ritchie told reporters.

Prime Minister Jacinda Ardern said two-minutes' silence would be observed on Friday and the call to prayer would be broadcast live to honor the victims of the attack, a week after it happened.

New Zealand police hoped to complete the process of identifying and releasing the bodies of some of 50 people killed in the twin attacks by the end of the day. So far 21 victims have been formally identified by coroners. Some of the victims may be repatriated overseas by their relatives.

"We are doing all we can to undertake this work as quickly as possible and return the victims to their loved ones," police said in a statement.

Islamic tradition usually requires burial within around 24 hours of death as a sign of respect for the deceased.

The 50 worshippers were attending two mosques in the southern New Zealand city last Friday when a white supremacist gunman opened fire. He broadcast his attacks live on Facebook. 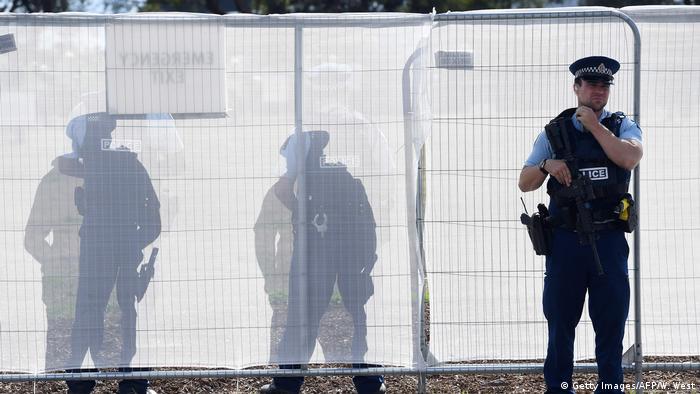 Police guard the burial site for the victims of the attacks

Speaking in parliament on Tuesday, Ardern said the 28-year-old gunman would face the full force of the law, but anonymously. Ardern said he craved publicity and, as a result, she would never speak his name: "He is a terrorist. He is a criminal. He is an extremist. But he will, when I speak, be nameless," she told lawmakers.

"I implore you: Speak the names of those who were lost rather than the name of the man who took them," Ardern said.

Ardern has also promised changes to gun laws in New Zealand laws to prevent the purchase of weapons like those used by the gunman in the attack. Gun owners have started to answer government appeals to hand in their weapons. The changes are expected to include gun buyback options and a ban on some semi-automatic weapons.