Australia's Prime Minister was in France to mark a special centenary. Other services took across the world, including in Australia, New Zealand, Turkey and the UK.

Australian Prime Minister Malcolm Turnbull was joined by his French counterpart Edouard Philippe and heir to the British throne Prince Charles for Anzac Day in the French town of Villers-Bretonneux.

The town just east of Amiens in northern France was chosen because the day also marked the 100th anniversary of its being taken from the Germans by Australian troops. Villers-Bretonneux is now home to Australia's main memorial on the Western Front.

"The Australians had come from the other side of the world to defend the freedom of France," said Turnbull. "We meet here 100 years later on land long healed to remember them."

Turnbull also joined his wife Lucy to visit the grave of her great-uncle Roger Hughes, who arrived at the front as a 26-year-old military doctor only to be killed five days later by a German shell in 1916.

In Australia itself, female veterans led parades for the first time in Sydney, Melbourne and Perth. Security was tight amid concerns the event might be targeted by Islamists.

In Turkey, Australian Home Affairs Minister Peter Dutton represented the government in a service at ANZAC Cove, Gallipoli, where the Australian and New Zealand troops landed. New Zealand was represented by the country’s Governor General Patsy Reddy, and respects were also shown with a traditional haka dance.

In New Zealand on Wednesday, Prime Minister Jacinda Ardern marked her first Anzac day in office by placing a wreath on the cenotaph of fallen soldiers at sunrise. That was followed by the playing of bag pipes and the singing of the New Zealand and Australian national anthems. 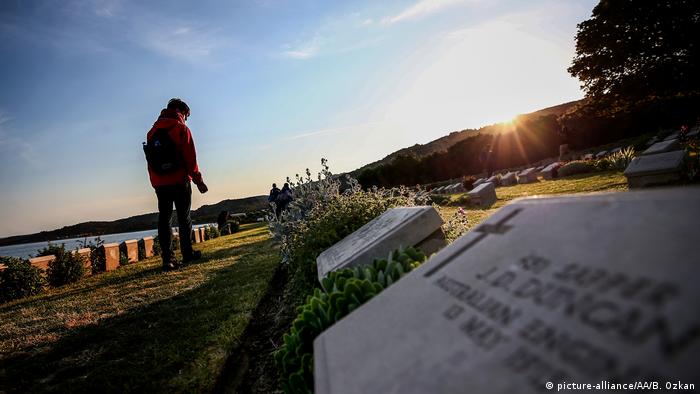 Many Australians and New Zealanders were in Turkey, close to the site of the initial attack

In Britain, Prince William, along with his brother Prince Harry and his fiancée Meghan Markle, paid their respects in a service at Westminster Abbey. Earlier Harry and Meghan had attended a dawn service at Hyde Park, where the prince had laid a wreath of red roses.

The day marked 103 years since the dawn landings from the Dardanelles strait by Allied troops, many of them from Australia and New Zealand.

The allies had been trying to seize the strategic peninsula on the western edge of Turkey in an effort to break through to Constantinople - modern-day Istanbul. It was hoped that the use of naval power could force the Ottoman Empire out of the war.

However, the British-led operation suffered the first of many setbacks from the very onset, when Allied troops were landed at a cove farther north than where they had planned to come ashore. 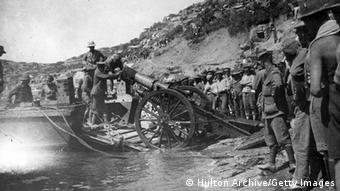 Gallipoli holds great symbolism in Australia and New Zealand, with both countries having suffered considerable losses for such a distant cause. Australia lost an estimated 8,700 troops, while New Zealand suffered some 2,800 fatalities, a fact remembered each year in both countries on April 25, also known as Anzac Day.

Some 21,000 British and Irish died in the fighting, as well as almost 9,000 French. However, the biggest loser in terms of casualties was the Ottoman Empire, with 86,000 Turkish troops killed in fighting for the thin strip of land. However, the battle is of great importance to Turks, with the successful resistance of their troops seen as paving the way for the modern Turkish state.

Australia's Prime Minister Malcolm Turnbull was in France to mark a special centenary. Other services took place across the world, including in Australia, New Zealand, Turkey and the UK. (25.04.2018)