The German Reich provided the Ottoman Empire with the weapons to carry out the Armenian genocide, a new report claims. Prussian officers also laid the "ideological foundations" for the massacre, according to the author. 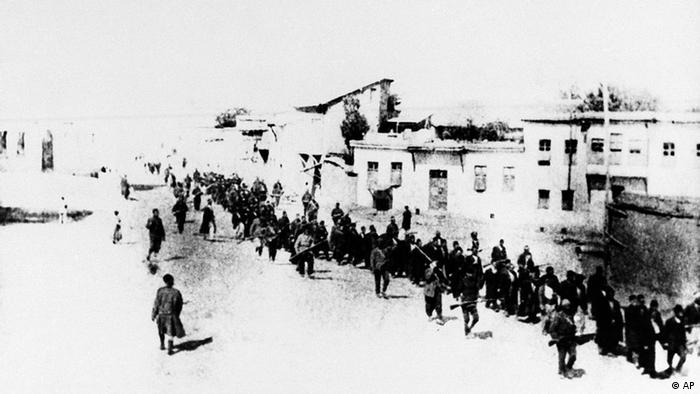 Turkish forces mainly used German rifles and other weapons to carry out the 1915-16 genocide of the Armenian people, a new report has found.

Mauser, Germany's main manufacturer of small arms in both world wars, supplied the Ottoman Empire with millions of rifles and handguns, which were used in the genocide with the active support of German officers. Historians have estimated that between 1 million and 1.5 million Armenians were killed in the two-year genocide.

"German officers who served in Turkish-Ottoman military staff actively helped carry out individual murders," according to the report by Global Net — Stop the Arms Trade (GN-STAT). "The majority of the aggressors were armed with Mauser rifles or carbines, the officers with Mauser pistols." Many German officers witnessed and wrote about the massacres in letters to their families.

The report represents the first "case" being researched and developed by GN-STAT, a new multilingual worldwide network of more than 100 organizations, and a database for activists, whistleblowers, journalists, artists, and others interested in arms exports. It is already preparing new case studies about the illegal G36 deal that Heckler & Koch made in Mexico, and which is about to go to trial in Stuttgart, and the $110 billion (€90 billion) arms deal that the United States struck with Saudi Arabia last year. 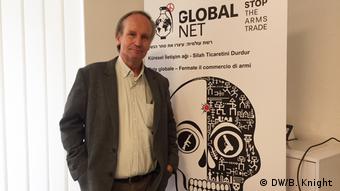 The Turkish army was also equipped with hundreds of cannons produced by the Essen-based company Krupp, which were used in Turkey's assault on Armenian resistance fighters holding out on the Musa Dagh mountain in 1915.

In 2015, German President Joachim Gauck acknowledged Germany's "co-responsibility" for the Armenian genocide, while a book published in the same year by the journalist Jürgen Gottschlich detailed the political collusion of Turkey's most important European ally in the First World War, which provided military advice and training for the Ottoman Empire throughout the Wilhelmine period. But the new GN-STAT report is the first to detail the sheer extent of the material support provided by Mauser and Krupp.

"Mauser really had a rifle monopoly for the Ottoman Empire," said the report's author, Wolfgang Landgraeber, a filmmaker who has made several films about German weapons exports. Mauser is now defunct as a company, but Krupp's successor, the German steel giant ThyssenKrupp, has never publicly acknowledged the part that it played in the genocide.

"The question of who actually supplied the weapons, not only for the genocide but also for the First World War in Turkey, no one has really addressed that question before," said Landgraeber. "And to what extent German officers took part in murders by actually picking up the rifles and firing them themselves — that wasn't known before." 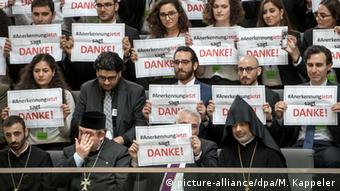 The German parliament voted to recognize the Armenian genocide in 2016

Many of the firsthand German accounts in the report come from letters by Major Graf Eberhard Wolffskehl, who was stationed in the southeastern Turkish city of Urfa in October 1915. Urfa was home to a substantial population of Armenians, who barricaded themselves inside houses against Turkish infantry. Wolffskehl was serving as chief of staff to Fahri Pasha, deputy commander of the Ottoman 4th Army, which had been called in as reinforcement.

"They (the Armenians) had occupied the houses south of the church in numbers," the German officer wrote to his wife. "When our artillery fire struck the houses and killed many people inside, the others tried to retreat into the church itself. But ... they had to go around the church across the open church courtyard. Our infantry had already reached the houses to the left of the courtyard and shot down the people fleeing across the church courtyard in piles. All in all the infantry, which I used in the main attack ... acquitted itself very well and advanced very dashingly."

While German companies provided the guns, and German soldiers the expert advice on how to use them, German officers also laid what Landgraeber calls the "ideological foundations" for the genocide.

Read more: What you need to know about German arms exports

That the German Reich shared the Ottomans' mistrust of the Armenians was no secret — both feared they were colluding with mutual enemy Russia, while Gottschlich's book quotes navy attache Hans Humann, a member of the German-Turkish officer corps and close friend of the Ottoman Empire's war minister, Enver Pasha, as saying: "The Armenians — because of their conspiracy with the Russians — will be more or less exterminated. That is hard, but useful." 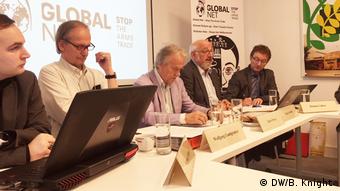 Global Net will provide a new database for arms deals

Another figure the report focuses on is the Prussian major general Colmar Freiherr von der Goltz, a key figure who became a vital military adviser to the Ottoman court in 1883 anbd saw himself as a lobbyist for the German arms industry and supported both Mauser and Krupp in their efforts to secure Turkish commissions. (He once boasted in his diary, "I can claim that without me the rearmament of the army with German models would not have happened.")

"Not publicly, but among his friends and relatives, von der Goltz would show himself an Armenia-phobe," said Landgraeber. "Several witnesses heard him describing them as 'a greasy trader people.' He helped persuade the Sultan to try and end the Armenian question once and for all."

Landgraeber also considers von der Goltz a source for later Nazi ideology. The Prussian officer published a military book in 1883 titled "Das Volk in Waffen" ("The People Armed"), in which, as Landgraeber puts it: "He adopts positions that Hitler would take up later — for example, the aim of a military campaign should be to destroy the enemy totally, not just to fight and force a capitulation. He believed in total war. That was also the ideological foundation that he gave the Ottomans, and which they used in the Armenian issue."

Landgraeber is keen to underline that the new research does not absolve the Ottoman Empire of its guilt — but simply fills in the gaps in the historical record. "It happened as we have researched it, and nothing should be sugarcoated — but the entire picture should be more complete."

Berlin has officially referred to colonial-era crimes committed by German troops in today's Namibia as genocide. The government has been criticized, however, for holding talks with Namibia without survivors' descendants. (13.07.2016)

Turkey has blocked a high-level German delegation from visiting troops at an airbase taking part in the US-led mission against "Islamic State." The spat appears to be over Germany's Armenia genocide resolution. (23.06.2016)