Remembering Himmler′s ′Auschwitz decree′ to exterminate Roma and Sinti | Germany | News and in-depth reporting from Berlin and beyond | DW | 16.12.2017

Seventy-five years ago, Heinrich Himmler instructed German police to bring "all gypsy mixed-bloods, Roma Gypsies and […] members of gypsy clans" to Auschwitz. The genocide of the Roma people was long ignored in Germany. 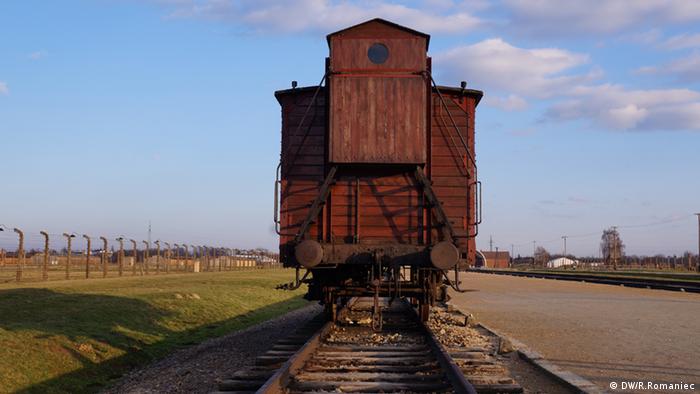 The German Nazi regime used the death camp of Auschwitz as a key location for its systematic killing of European Jews. However, the regime also sought to exterminate other minority groups at the site, as reflected by Heinrich Himmler's "Auschwitz decree" on the Roma.

On Saturday, Germany marks 75 years since Himmler ordered that "all gypsy mixed-bloods, Roma Gypsies and non-German-blooded members of gypsy clans with Balkan origins" should be brought to the Auschwitz concentration camp. The move was to be completed "within a few weeks" and "in accordance with established legal guidelines," according to a police order referring to Himmler's decree. The original text, issued by Himmler on December 16, 1942, has been lost.

German officials honored the Roma and Sinti victims of the Nazi regime on Friday. Michael Müller, the chairman of Germany's Bundesrat, said the anniversary of the Auschwitz decree should serve as a reminder to "push more strongly against anti-democratic tendencies" in present-day Germany.

Müller warned against ignoring and dismissing xenophobia. While referring to the rise of populist parties and nationalistically charged rhetoric in the West, the politician also said that learning from the past helped protect democracy.

"Where, if not here in Germany, can this link be more obvious?" he asked at the session of Bundesrat, which serves as the upper house of the German parliament.

The 1942 Auschwitz decree marked a key point in the Nazi plan to exterminate the Roma and Sinti, a Romani group living in Germany and across central Europe. However, Romani people faced discrimination in Germany long before Nazis took power, with the local population stereotyping them as vagabonds and thieves. During the German Empire and the later Weimar Republic, authorities passed numerous laws targeting the Roma and maintained a special police service "in relation to the gypsies." Weimar authorities also asked for all members of the Romani community to be registered. 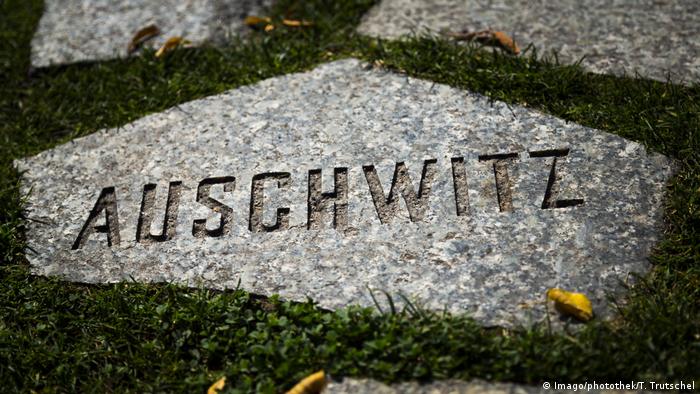 The situation deteriorated further after the Nazi takeover in 1933. Roma working in the service of the state were soon fired because of their "non-Aryan" background. Adolf Hitler's regime also classified the Roma as a group that could be forcibly sterilized.

In 1935, the government passed a series of discriminatory regulations on race, dubbed the Nuremberg Laws. The Roma were designated a "foreign and inferior race" under the new legislation, much the same terminology used for Jews and people of African origin. The authorities soon started moving Roma to concentration camps.

While Nazis focused most of their energy on targeting Jews, the regime also reinforced the anti-Roma police force in 1938, dubbing it the "Central Office of the Reich to Combat the Gypsy Plague."

Thousands gassed in one night 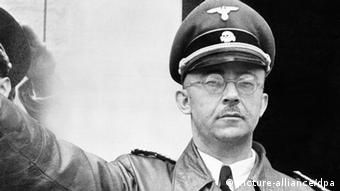 Heinrich Himmler served as head of the SS and Gestapo

With the outbreak of World War II in 1939, the Nazi authorities decided to deport Roma to newly occupied territories in Poland. The first mass deportation to the east started in 1940 and continued in the next few years. At the same time, German forces in the Soviet Union and in the Balkans also systematically executed the local Roma.

The official push toward extermination of the Roma culminated with Himmler's decree in late 1942. Some 23,000 Roma were subsequently deported to a special "Gypsy Camp" in Auschwitz-Birkenau.

Unlike Jews, the Roma prisoners were allowed to wear civilian clothes and to stay with their family members while imprisoned in Auschwitz. In all other ways, however, their fate was similar to that of other inmates — they were killed in gas chambers, or died from infectious diseases, starvation or exhaustion through forced labor. They were also subjected to medical experiments at the hand of Auschwitz's doctor, Josef Mengele.

With the Red Army approaching from the east in August 1944, the Auschwitz authorities decided to dismantle the "Gypsy Camp." They deported around 3,000 Sinti and Roma to other camps across German-controlled territory. The remaining 2,900, mostly children, women and seniors, werekilled in gas chambers on the night of August 3, 1944.

The death toll of 20,000 in Auschwitz represents only a small part of the total number of Roma people who perished in the Holocaust. While estimates vary depending on the source, it is believed that Nazis killed between 220,000 and 500,000 Roma and Sinti in Europe.

However, the issue of genocide against Roma received very little attention after the end of the war in 1945. Authorities in former West Germany claimed that, unlike Jews, Roma were not targeted based on their race.

Instead, according to officials at the time, the Nazi regime persecuted the Roma because they were designated as a part of the so-called "asocial" segment of the population, which also included beggars, alcoholics and homeless people. This argument was also used to justify withholding reparations.

The German government only recognized the crimes as genocide in 1982, four decades after Himmler's decree. In 2012, Chancellor Angela Merkel inaugurated a large memorial to Roma victims near the Reichstag building in Berlin.