NATO and Washington worry about Russian subs in the High North | Europe | News and current affairs from around the continent | DW | 26.04.2018

NATO foreign ministers are meeting in Brussels to discuss increasingly bitter relations with Russia. Tensions have led the United States to move back into an Icelandic air base it left more than a decade ago. 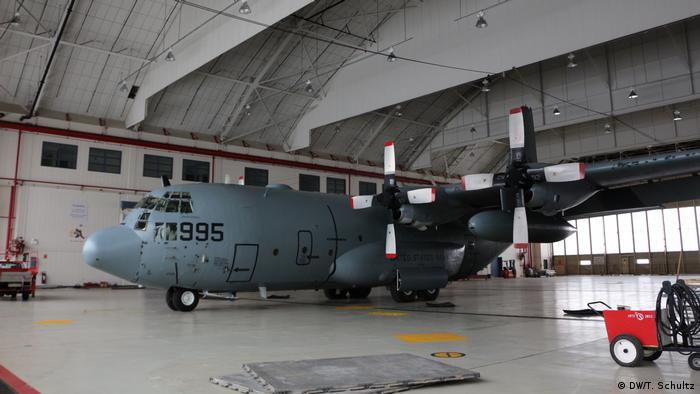 Captain Jon Gudnason, commander of Iceland's Keflavik Air Base for the last 30 years, chuckled when recalling the brief phone call he got from US officials in May 2014. They informed him they wanted to reinstall some personnel in the base they'd left eight years earlier.

"[They said] 'can we come tomorrow?'" he told DW in his office at the air base. Gudnason said he didn't ask any questions, just started preparing. "We are used to things like this," he shrugged. "This is what we are here for." The Americans would later explain that Washington wanted to restart submarine surveillance due to a surge in Russian deep-sea activities, a plan that would be formalized in a bilateral government agreement in 2016.

Four years after that phone call, Keflavik Air Base is not — and the Icelandic government says it never will be — the massive military outpost it was during the Cold War, when the heavily resourced US naval station there was staffed by some 3,000 American service members, deemed critical for keeping an eye on the Russians. Those forces departed in 2006, more than 50 years after the US first established a presence in Keflavik, as Russian submarine activity was no longer dynamic, and sub-hunting — the major task of the facility — was no longer considered crucial. 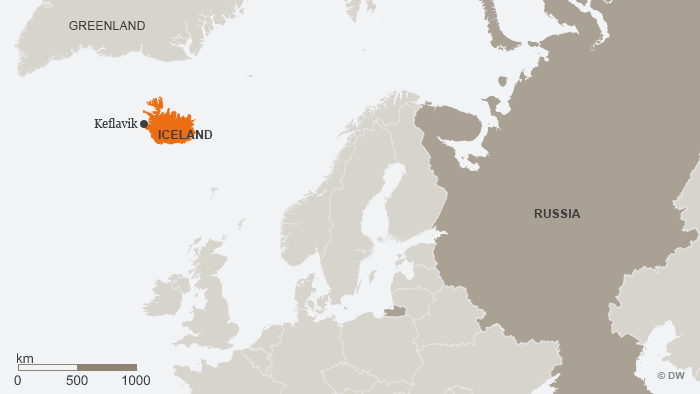 But times have changed, and Iceland's strategic significance with them. An allocation by the US Congress last year of $14.4 million (€11.8 million) to upgrade a hangar and other facilities at Keflavik illustrates how worried Washington has become about its lack of surveillance capability in the High North.

"We all know why this is happening," Iceland's Foreign Minister Gudlaugur Thor Thordarson told DW from his office in Reykjavik. "We have seen activities from the Russian military which we haven't seen for a long time. All these things that we were all familiar with ... This is something we could say is relevant again."

Russia's more aggressive military stance — with its 2014 invasion of Ukraine and annexation of Crimea — is also happening underwater. Thordarson explained that in 2014 the US used the Icelandic base for submarine surveillance for 20 days; in 2017 it operated there for 150 days. But he said it's more than that. "You will see NATO as an organization looking more into the North Atlantic [now] than for a very long time," the minister added.

NATO Secretary General Jens Stoltenberg has confirmed a NATO tracking spike in Arctic traffic, with the highest number of submarines seen since the end of the Cold War. "At the same time I think it is important that we try to keep the tensions low in the High North," Stoltenberg said earlier this month in a speech at Leiden University. "It's in our interest and in Russia's interest. But the message is the same: that we have to be firm, we have to be capable of delivering credible deterrence, and therefore NATO also needs more, for instance, naval capabilities."

NATO Deputy Spokesman Piers Cazalet explained further that "[Russian] submarines could pose a challenge to NATO's freedom to operate at sea, and could undermine the alliance's ability to move reinforcements between North America and Europe in a crisis."

Threats like this are one reason NATO is creating a new "Atlantic Command" to ensure smooth coordination. There's also concern that critical deep-sea communication cables there could be compromised or sabotaged. "Rebuilding anti-submarine capabilities is one of NATO's top priorities," Cazalet told DW.

The door's always open for the US at Keflavik

The new US cash will be used to renovate one of the military hangars at Keflavik Air Base to accommodate the P8, a bigger and heavier aircraft than the P3s that were used in decades past, and to install a washing rack to deal with the salt and sand that are Icelandic conditions. 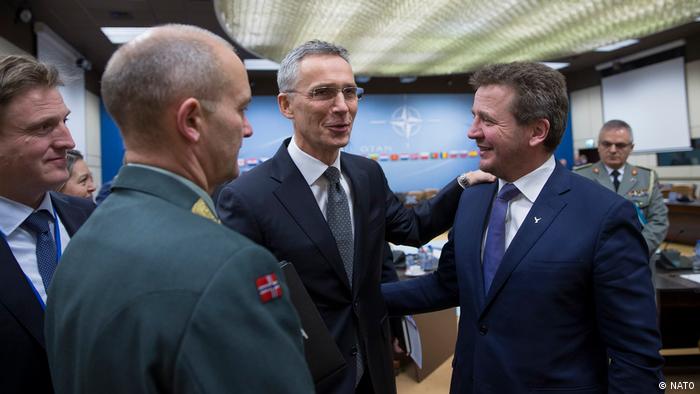 Despite Iceland's geographic isolation — and its lack of a military — Gudnason said he doesn't fear that the return of both American surveillance planes and the Russian submarines they're tracking mean the island is in the middle of a new military standoff.

Magnus Nordenmann, director of the Atlantic Council's Transatlantic Security Initiative, has been studying this area for a book he's writing on the role of the North Atlantic in the new European security environment. And Nordenmann isn't quite so sanguine about developments.

"The Russian navy of today is not the Soviet navy. It is far smaller, has far fewer ships and submarines," he explained to DW. "On the other hand it is far more sophisticated and far more skilled than it was during the during the Cold War, and it has added new capabilities including launching cruise missiles, which they have shown repeatedly off the coast of Syria."

Nordenmann noted this is a capability only the US and UK used to possess. "But this is now very much a Russian capability," he underscored, "so one of my key concerns with the resurgent Russian submarine force is their ability to launch long range cruise missiles against targets in northern Europe."

Longtime Icelandic anti-military activist and repeat presidential contender Thor Magnusson is worried for other reasons. He fears this US presence at Keflavik is a harbinger of military escalation with Russia. Magnusson, who founded the humanitarian organization Peace 2000, believes his fellow Icelanders feel the same way. He accuses the Icelandic government of hiding plans for a buildup.

"They know that public opinion is absolutely against this — Icelandic people do not want the military in Iceland," he told DW in telephone interview from his home in Spain. "They oppose this and if they knew what the true plans of the Americans are they would absolutely be disgusted." 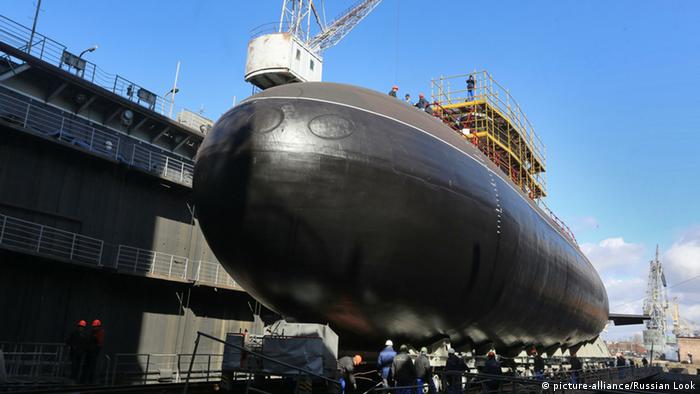 The US uses Keflavik Air Base to track Russian submarines

There's been very little outcry in Iceland so far and the government has reiterated that the base will not be rebuilt to Cold War levels. Magnusson fears having American personnel there again will make Iceland a target if armed conflict breaks out between the US and Russia.

"This is just nonsense," said former Icelandic ambassador to the US Albert Jonsson, who insists there's no reason for alarm. Iceland will always have an enduring strategic interest for the US, Jonsson explained. Now retired from the diplomatic service, Jonsson helped negotiate the US departure from Iceland in 2006, a process that was quite difficult since Iceland was not keen on the US departing after five decades.

"This is all about being prepared if in the very, very unlikely scenario we have an international crisis in Europe, in the Baltics, in Syria," Jonsson explained,  "a very serious international crisis between the US and Russia, which touches upon the strategic nuclear balance."

He noted the most critical Russian capabilities — missile submarines — are primarily deployed in the Barents Sea anyway, far from Icelandic waters.

Foreign Minister Thordarson said everyone in Iceland hoped things wouldn't ever go in this direction again. He emphasized these are not the bad old days of finger-on-the-trigger tension. In the meantime, he said, Iceland feels secure.

"I think we can see that both this bilateral agreement [with the US] and also being a member of NATO is a cornerstone of our security," he said. "In a perfect world you wouldn't need to have any military activities, but we are not there yet."

Iceland's second snap election within a year could see a shift in power amid an atmosphere of voter distrust in the financial elite and politicians. That would be good news for left-wing parties. (29.10.2017)