Armed men in unmarked uniforms in Luhansk: The power struggle seems to be intensifying in this separatist stronghold in eastern Ukraine. Scenes in the center of the city are reminiscent of the annexation of Crimea. 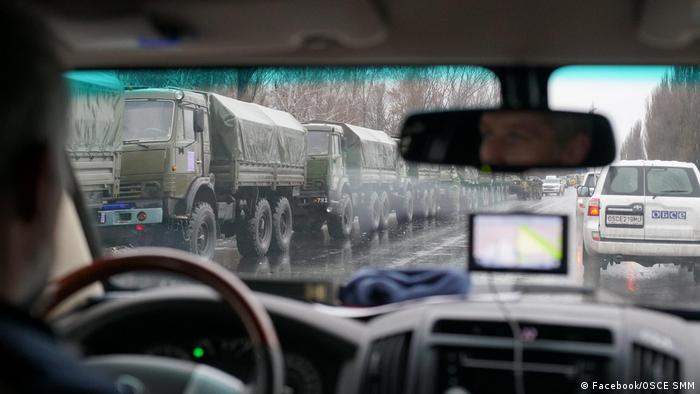 A column of dozens of army trucks rolls into town in the dark. All that can be seen are silhouettes and headlights. This amateur video, which surfaced on Tuesday, is presumed to show the arrival of unknown forces in the eastern Ukrainian city of Luhansk, a separatist stronghold recently categorized by Kyiv, along with Donetsk, as Russian-occupied territory.

For many Ukrainians, the scene recalled the start of the Russian annexation of the Crimean peninsula in February 2014. This impression was reinforced on Tuesday when armed and masked men in unmarked uniforms sealed off the streets around the "interior ministry" in the center of Luhansk.

Reliable information about the situation is hard to obtain. Rumors are flying about an "attempted coup." The observer mission of the Organization for Security and Cooperation in Europe (OSCE) has merely confirmed, via Twitter, the presence of "about 150 armed persons & about 30 vehicles, including armoured personnel carriers, in Luhansk city centre, as well as convoy of military-type armoured vehicles, trucks & armed men."

Conflict with the 'interior minister'

So far, the developments point to a power struggle between the leader of the self-proclaimed Luhansk "People's Republic," Igor Plotnitsky, and his "interior minister," Igor Kornet, who was dismissed a few days ago. Plotnitsky himself said on Tuesday that the situation would "soon become clear." Since then, the precise background to the conflict has remained obscure. 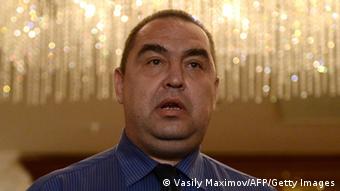 Plotnitsky has led the Luhansk 'People's Republic' since 2014

According to some reports, the "interior minister" is under investigation. He has been accused of, among other things, taking possession of a private house that did not belong to him. Plotnitsky, 53, has led the Luhansk "People's Republic" since August 2014, and survived a bomb attack in August 2016.

The Ukrainian foreign minister, Pavlo Klimkin, said on Wednesday that this was a "showdown" — not just between "bandits," but also between Russian secret services. The Ukrainian parliamentary representative Dmytro Tymchuk announced on Facebook that the armed men were representatives of a private Russian military firm. Their mission, he said, was to prevent the conflict between Plotnitsky and Kornet from escalating. According to Tymchuk, some trucks containing regular Russian troops had also crossed the nearby border and advanced as far as Luhansk. On Wednesday, some Russian media were reporting that the department of public prosecution in Luhansk had supposedly been stormed and a number of people arrested.

Russia denies the presence of its regular army in eastern Ukraine. Dmitri Peskov, President Vladimir Putin's press spokesman, did not want to comment on the events in Luhansk, saying that they were observing the situation.

If Plotnitsky really were to be deposed in a coup, it would seem a strange move. Only about a week ago Putin gave the separatist leader higher status by phoning him and his counterpart in Donetsk, Alexander Zakharchenko, directly for the first time. Their conversation dealt with fresh efforts to move forward on a prisoner exchange with Kyiv, which has been stuck in the doldrums. This exchange forms part of the Minsk peace protocol, which also remains largely unfulfilled. Were there to be a changeover of power in Luhansk, it could well put the brakes on the Minsk Process once again, or even call the whole thing into doubt. 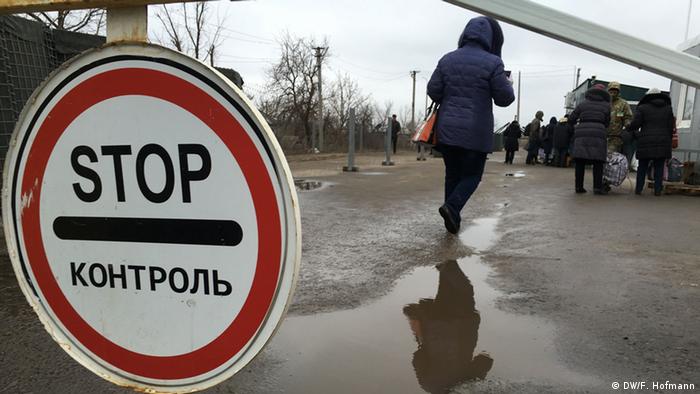 Armed, masked men crossing into Luhansk has raised concern of an escalation in fighting in Ukraine

The Ukrainian military has stated that it has prepared for a possible heightening of the conflict, after a period of only intermittent quiet. "We are expecting a fresh escalation," DW was told by a source in the Kyiv-controlled part of the Luhansk region.

Amalgamation of Donetsk and Luhansk?

Meanwhile, there is speculation in Kyiv about another possible background to the events — a merger of the "republics" of Donetsk and Luhansk. In the summer, Donetsk leader Zakharchenko proposed the creation of a new state, to be called Malorossiya, or "Little Russia." Luhansk responded to the idea at the time — but without much enthusiasm.