Is it time for Germany to revisit its Russia relationship? | Germany | News and in-depth reporting from Berlin and beyond | DW | 17.03.2018

The increasing tension between Russia and the West has some experts asking whether Germany should change its famously patient approach to dealing with the Kremlin. The key to a new strategy may lie in domestic policy. 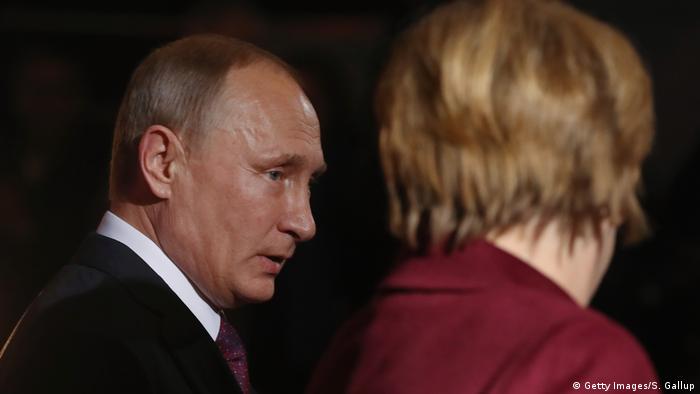 In the lead-up to Sunday's Russian presidential election, President Vladimir Putin said in an interview that German Chancellor Angela Merkel regularly sends him cases of Radeberger beer, because she knows he developed a taste for it during his day with the KGB in what was once East Germany. Merkel confirmed the anecdote, though she was not likely amused by it.

The exchange is part of an old pattern in which Putin presents himself in a positive light at Merkel's expense. Although EU sanctions against Russia would not exist if weren't for Merkel, public perception has been the same for years: Moscow provokes, Berlin shows uneasy patience.

Sitting it out has become worn out

"In the end, a cooperative approach to the Putin system doesn't work," said Stefan Meister, Russia expert at the German Council on Foreign Policy (DPAG).

The most recent example of Meister's thinking came when former Foreign Minister Sigmar Gabriel suggested to the Kremlin that sanctions might be lifted. That did not impress Putin, who instead threatened a new arms race while addressing the nation shortly thereafter. Merkel's tepid response was to have a government spokesperson declare that Russia was obliged to abide by existing disarmament treaties.

Why didn't she explain to German citizens that the time had come to abandon any illusions about Russia? In light of the current "Russia hysteria" that is sweeping through Germany, it would have been impossible, said Meister. He believes that public opinion on Russia is characterized by a sense of uncertainty — ranging from Russia's supposed influence in Europe to the recent assassination attempt on ex-spy Sergei Skripal and his daughter in England.

Whereas the British government has chosen to directly confront Russia, the Chancellery has been reluctant in countering Kremlin aggression. 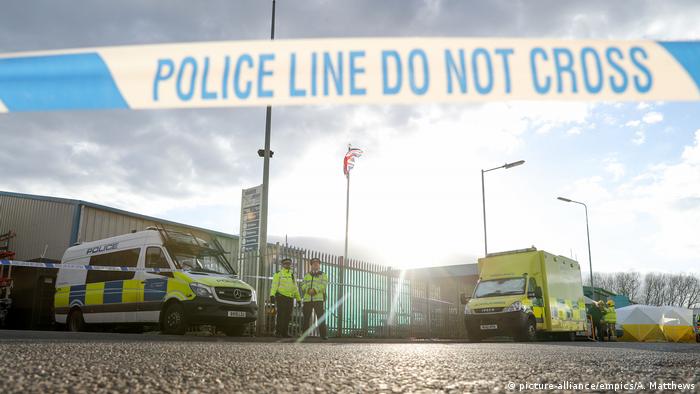 Gustav Gressel of the European Council on Foreign Relations (ECFR) believes the German government must communicate a more realistic assessment of Russia. But that could start a public debate many politicians are loathe to have — namely about the role and ability of Germany's intelligence agencies.

Hacks on Germany's government and parliament, both of which are suspected of emanating from Russia, showed that the country's intelligence agencies were not prepared to stop foreign cyberattacks, said the DPAG's Meister.

What's behind Germany's role in NATO?

Public debate over German defense policy raises similar concerns over preparedness. "Because of its own security needs, Germany has to take on more responsibility than some of its EU partners," said Meister. One of those responsibilities would be to finally heed the demands of NATO partners and raise defense spending to 2 percent of GDP. Another step would be to set up a NATO command center in the German state of North Rhine-Westphalia.

Yet, Berlin does not want to publicly admit that its increased commitment to NATO is part of its defense strategy against Russia. "Russia is a country that uses war as a means to assert its interests in Europe," said Meister. That assessment is held by many in the capital — and across party lines — but it is not one that is shared publicly.

The government is much more active, however, when it comes to the international stage. "One can observe that a certain amount of trust has been placed in Germany since 2014," said the ECFR's Gressel. "Especially when you consider how Warsaw and Stockholm reacted to the Normandy format (peace talks between Germany, France, Russia and Ukraine on the conflict in eastern Ukraine), the thought that Germany and France were responsible for negotiating the needs of the whole of Europe with Russia suddenly made them queasy." Yet, Merkel's role in the Ukraine crisis ultimately strengthened Germany's image with its partners, he added. 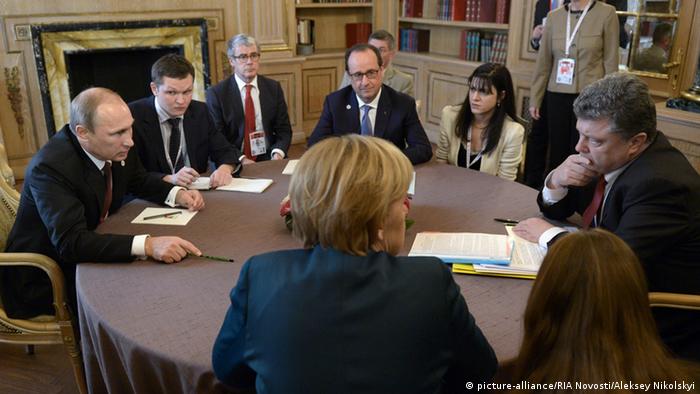 How might things progress over the next four years? "Germany is looking for a new Russia policy," said Meister.

"But it doesn't have the will to bear the consequences that would entail," said Gressel.

That would cost, among other things, money. Money for the military and the intelligence agencies. That, in turn, would demand a certain amount of political will, which would have to be sold to voters. Both experts agreed that politicians must find a way to close the gap between the expectations being placed on Germany from the outside and the mentality of voters at home.

The two also agreed that a public debate in Germany could help the government in dealing with Russia.

"It is important that certain principles are maintained, even when facing Putin," said Meister, explaining that one must show that a democracy can handle very open discussions about sensitive political issues.

A harder line with Heiko Maas?

A good example of that fact could be seen in a press release issued by outgoing Foreign Minister Gabriel on the nerve agent attack in the UK: "Should it be proven that Russia was behind the assassination attempt, it would be a very serious matter."

"Precisely because aggressive authoritarian forces are standing at Europe's doorstep, the continent must display collective strength — against Putin," Maas wrote in a 2017 opinion piece in the German weekly newspaper Die Zeit.

As Germany's new top diplomat, he will soon have the opportunity to push just such a policy himself.