Heiko Maas has outlined his duties as Germany's new top diplomat during a handover ceremony at the Foreign Ministry. Maas said Germany must foster closer cohesion in the EU and vowed to toughen the stance toward Russia. 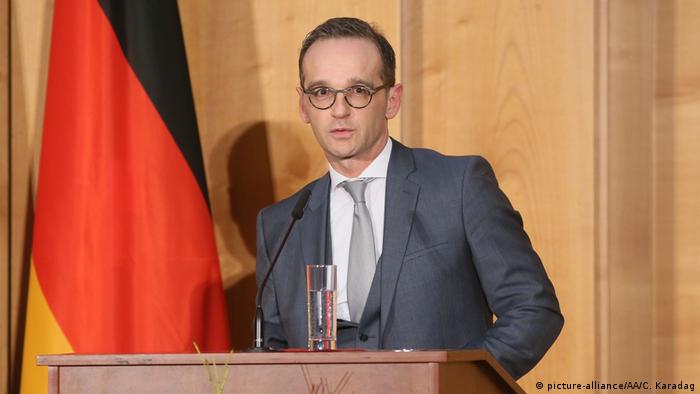 Heiko Maas told Foreign Ministry staff during Wednesday's handover speech that Germany would not "duck away" from its international responsibilities and the challenges on its doorstep.

There is a division in the world "between those who advocate for openness and tolerance, and those seeking a return to nationalism," Maas said. This division, he said, would define German foreign policy over the coming years.

On the back of Maas' approach to his new role as Germany's top diplomat, his first two official trips to neighboring countries will carry a great degree of symbolic value.

Maas said the German government will work "very intensively and quickly" to follow through on French President Emmanuel Macron's plans for reforming the European Union.

Following months of delays during German coalition talks, Maas said it is now time "to finally grab hold of the outstretched hand of Emmanuel Macron with his proposals for the renewal of Europe."

Next week, he will travel to the Polish capital, Warsaw, for talks with officials from the nationalist, conservative Law and Justice Party. 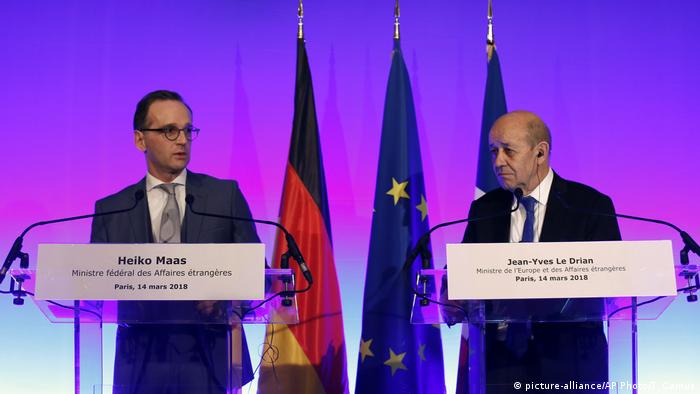 Standing up to Russia

Maas also vowed that Germany would adopt a more hard-line stance in dealings with Russia.

The Ukraine crisis remains the biggest test of EU determination and cohesion, Maas said, adding that Russia's annexation of Ukraine's territory of Crimea and its ongoing aggression in Donetsk and Luhansk would not be tolerated.

The 51-year-old also said that he wanted to arrange a meeting of foreign ministers under the so-called Normandy format — a diplomatic group aimed at resolving the Ukraine crisis made up of officials from Germany, France, Russia and Ukraine. The last such meeting took place more than a year ago.

"Russia is and will remain our neighbor," Maas said. "We need to have constructive channels of dialogue at as many levels as possible."

"But when Russia defines itself as increasingly distant, and even in opposition to us, the West, we may regret it but it changes the reality of our foreign policy," the new foreign secretary added.

Germany's new foreign minister also said he "can completely understand" Britain's decision to expel 23 Russian diplomats and bilateral contacts in response to the poisoning of a former Russian spy in Salisbury. Maas said it was "disappointing that Russia so far doesn't appear to be prepared" to help in the case.

Maas announced that he would travel to Israel to mark the country's 70th anniversary of its founding. "Personally, the German-Israeli history isn't just one of historical responsibility, but it also represents a deep motivation in my political decision-making," he said.

"I didn't go into politics out of respect for (former SPD Chancellor) Willy Brandt or the peace movement," Maas added. "I went into politics because of Auschwitz."

Last year, Chancellor Angela Merkel canceled an annual roundtable summit between Germany and Israel, citing the need to plan ahead for the federal elections. However, there were reports she chose to cancel out of anger over Israel's decision to continue expanding its settlements into the Palestinian territories. Relations between the two states have been difficult ever since. 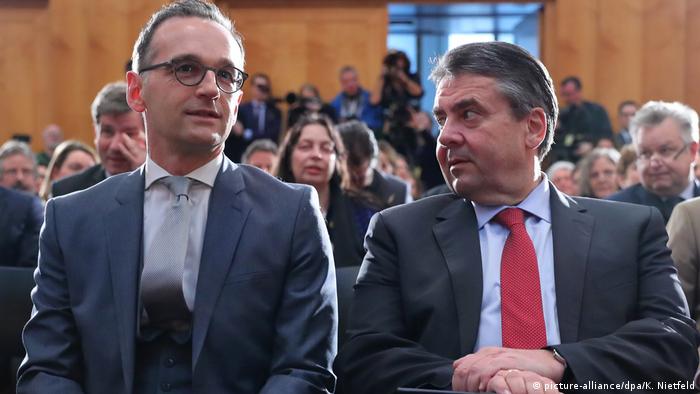 Maas' predecessor, Sigmar Gabriel, stepped aside as foreign minister on Wednesday with an appeal to his former colleagues: Europe can no longer simply quote its own values; it needs to clearly define and enforce them.

While for a long time the United States could be regarded as the West's most reliable partner,  that was no longer the case, Gabriel said.

The outgoing top diplomat and vice chancellor described his 14 months at the Foreign Ministry as humbling, given the multiple limits confronted in foreign policy.

The foreign minister says the UK's decision to expand its nuclear stockpile goes against disarmament efforts. He sat down with DW's Chief International Editor Richard Walker in Berlin to talk about this and other issues.

China's emergence as a global military actor must be part of NATO's discussions on how to reform the alliance, says German Foreign Minister Heiko Maas. And, amid shifting power, NATO will need a more "sovereign Europe."