Germany's new foreign minister seldom minces words. As justice minister he tangled with far-right groups and internet giants. And despite political defeats, he's found a way to make a comeback. 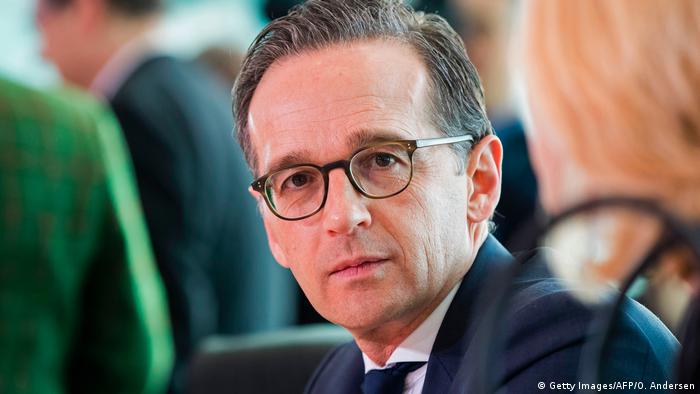 "For me it is all about fairness. That is what I have been fighting for my entire political career. And that is what I stand for." That is how Heiko Maas describes himself on his website. The characterization is perfect for a justice minister. But, after four years, the Social Democrat will leave that post to become Germany's new top diplomat.

That does not mean he has to jettison his stance. A confident and opinionated politician, he will have to exhibit much more verbal restraint than he has in the past. One wrong word in his new position would be more likely to unleash unforeseen consequences than in other political posts.

Maas is not someone who shoots off his mouth without thinking. Nevertheless, his resolute nature has made him a repeated target of criticism from the right-wing AfD and the Pegida movement. This was the case most recently when he pushed through a new law against hate speech on social media sites as justice minister.

Defending his decision against accusations of censorship and insults that he was a traitor, Maas pointed to the insidious effect of hate speech on social cohesion: "This is the end of our democracy's culture of intellectual debate."

This is also a concern he is likely to have on the international stage in his new role as foreign minister. For beyond Germany's borders, populists not only hold seats in parliaments, they also run governments. Maas will have to be prepared to hear shrill tones emanating from capitals like Ankara, Budapest and Warsaw.

Snappy tweets from a foreign minister are taboo

German politicians have recently been accused of using "Nazi methods" from such foreign powers. Should similar indiscretions be thrown around in the future – from wherever they may come –  Maas will have to refrain from sending out sharp retorts via Twitter. 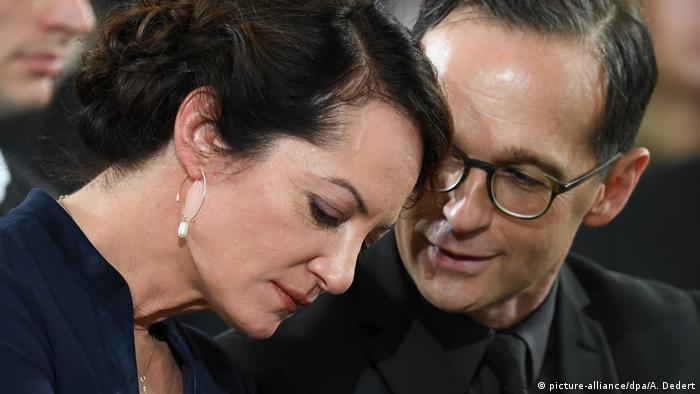 Actor Natalia Wörner is at home on the dramatic stage, her partner Maas on the political one

The fact that he and his team recognize the value of the messaging service is evidenced by his more than 4,000 tweets in office, as well as his more than 250,000 followers. And those followers see him as a straight-talking politician when he gets to typing statements like: "The high number of attacks on refugees is a mark of shame for our country."

Up to the challenge

Such straight talk suggests the world can expect a German foreign minister that sees solving society's problems as a sporting challenge. It is fitting therefore that Maas is also a passionate triathlete.

Whether or not he will find time to swim, run and bike while traveling the globe remains to be seen. He did, however, exhibit his powers of self-discipline when balancing his time-consuming career, his private life and his sporting endeavors while serving as justice minister. Nonetheless, that balance was disrupted in 2016, when the father of two boys left his wife of 15 years for actress Natalia Wörner.

Heiko Maas' fondness for fine clothing has also been a topic of media discussion in the past – his mother was a seamstress and his father a career soldier. That might help explain why sartorial confidence and clear statements have always been part of the new foreign minister's repertoire.

Maas began his political career in 1996 when he became the secretary of state for the southwestern German state of Saarland under Oskar Lafontaine. Two years later, he was named Saarland's environmental minister. At age 32, it made him the youngest minister in Germany.

That quick ascent ended with his first taste of defat in 1999, when the Social Democratic Party (SPD) lost state elections and with it, Maas his ministry. Nevertheless, he was able to polish his political skills and make a name for himself as the state's opposition leader. 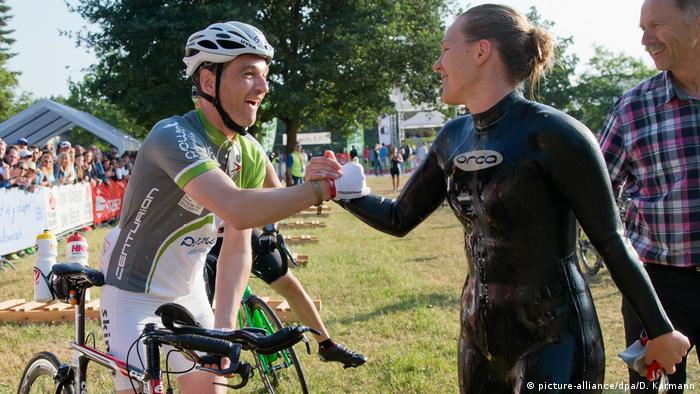 In 2000, he was elected SPD state party chairman in Saarland as well as a member of the party's federal executive board. His party ascent was dampened, however, by two clear defeats campaigning for Saarland's top job of state premier. In 2004 and 2009, that spot went to Chancellor Angela Merkel's Christian Democratic Union (CDU).

Despite a third defeat in 2012, Maas did become Saarland's minister of economic affairs as part of a CDU/SPD coalition, during which time he also served as vice premier.

The following year Maas became a member of Chancellor Angela Merkel's Cabinet as justice minister. At 47, he was one of the youngest members of the chancellor's Cabinet and made his mark early as a champion of freedom and civil rights. And he was more than willing to butt heads with Interior Minister Thomas de Maiziere (CDU) over those issues, especially when it came to his resistance to collecting and storing citizens' telecommunications data.

Changing his stance on data collection

Ultimately, Maas changed his stance on the topic after a number of Islamic terror attacks were carried out across Europe. Not least of all, pressure from within his own party led him to become an advocate for the collection and retention of electronic communications data, even in cases in which there was no suspicion of criminal activity.

That change of heart led critics to brand him a "flip-flopper." In the wake of further attacks, among them one on a Berlin Christmas market in 2016, Maas called for even stricter security legislation. Among his proposals was a call for electronic ankle monitors to be worn by people deemed "a threat" and suspected of being capable of carrying out future attacks.

A spate of recent concessions to conservatives do not appear to have tarnished Maas' generally positive image. If they had, neither the SPD nor Chancellor Merkel would entrust him with running the Foreign Ministry.

Maas is apparently one of those rare politicians, who, despite suffering many setbacks, always seems to wind up winning in the end.

Germany's SPD has announced there will be no Cabinet post for erstwhile leader Sigmar Gabriel in the new coalition government. Reports suggest Justice Minister Heiko Maas is set to take over as foreign minister. (08.03.2018)

Who will be in Merkel's new Cabinet?

After Germany's Social Democrats finally gave in to the lure of another government coalition, Chancellor Angela Merkel can now start appointing her Cabinet. And she is already facing discontent from her own party. (05.03.2018)

Who will be the SPD's new ministers?

Germany's Social Democrats are about to announce who will take on their six ministerial posts in Angela Merkel's next government. The SPD has pledged to install three men and three women in the new Cabinet. (08.03.2018)

Sigmar Gabriel will not be part of Angela Merkel's next coalition government, bringing to an end nearly 20 years at the helm of the SPD. DW looks at his ascent from protege to foreign minister. (08.03.2018)

DW's Jerusalem correspondent Tania Krämer reports on the latest developments in the Israel-Gaza conflict, including the rising death toll and international pressure to reach a ceasefire. The German foreign minister arrived in the region today.

The US has backed patent waivers for coronavirus shots, something Germany has so far opposed. But on a visit to a Pfizer facility in Michigan, the foreign minister seemed open to the idea.