Vice Chancellor Sigmar Gabriel has won reluctant approval from his Social Democrats to submit data-retention legislation to parliament. Police would have up to 10 weeks to trawl phone and Internet databases in Germany. 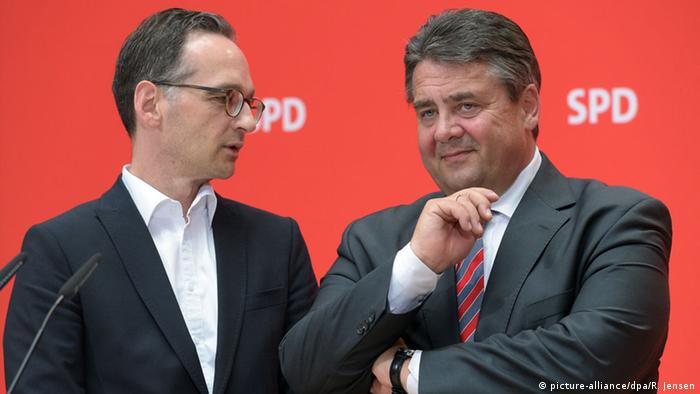 Delegates at a SPD convention in Berlin voted 124 in favor and 88 against after SPD party chairman Sigmar Gabriel, who also serves as German economics minister and vice chancellor, argued for adoption of legislation drafted by Justice Minister Heiko Maas, also of the SPD (pictured left with Gabriel).

Gabriel, whose SPD leadership was tested by the vote, argued: "There is no freedom without security, and there is no security without freedom." 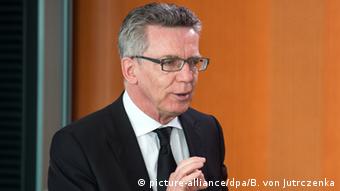 De Maizere agreed to SPD demands for some privacy safeguards

The resolution included one amendment that would require an independent expert panel to appraise the law after its introduction but before 2018. Gabriel told SPD delegates that German Interior Minister Thomas de Maiziere, a member of Merkel's Christian Democratic Union, agreed to the provision.

Turned into law by September

Mass said he expected parliamentary passage of a data retention law in September. 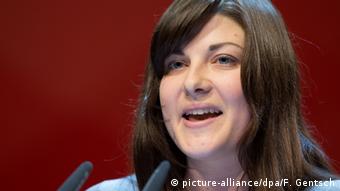 She added, however: "We accept the decision of the convention."

For weeks the legislative package has been hotly debated within Merkel's coalition government, especially due to data privacy concerns.

This is the second legislative attempt by German federal authorities to introduce data protection regulations. Previous data-retention provisions were invalidated by the EU's top court.

Maas' package would require telecommunications concerns to store telephone and Internet connection data for 10 weeks. Information collected would include the telephone numbers used, the moment and duration of each call and the Internet IP addresses accessed. Investigators would be allowed access only in cases concerning serious crimes and after receiving a judge's approval.

Location details from mobile phones would be stored for four weeks. Emails would be excluded from the data storage provision.

Discussion in recent weeks has been extensive in Germany. On Saturday, the activist group Campact placed a giant spy telescope outside the SPD venue, calling "no to transparent citizens" and "my data belongs to me."

Coronavirus digest: US braces for Thanksgiving surge 1m ago