The mass storage of telecommunications data for potential investigation is illegal and breaches privacy rights, according to the EU's top court. The ruling overturns a 2006 EU directive designed to assist prosecutors. 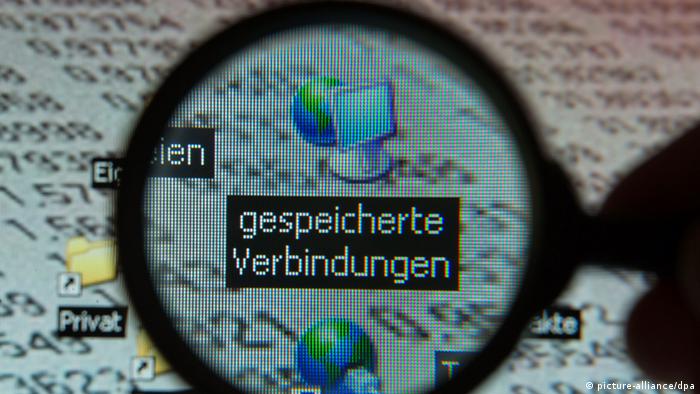 The European Court of Justice (ECJ) on Tuesday overturned a controversial EU directive that allowed telephone and email providers to store private citizens' data en masse for scrutiny by investigators in later cases of serious crime.

The Luxembourg-based court ruled that the directive - passed by bloc's Council of Ministers in 2006, after terrorist attacks in London and Madrid - amounted to a grave intrusion into the private lives of citizens in the 28-nation bloc.

"The directive interferes in a particularly serious manner with the fundamental rights to respect for private life and to the protection of personal data," the ECJ wrote, because it required providers to retain data and allowed national authorities to access it.

Exact data on a person's location, travel movements and social contacts were recorded without the affected person ever being informed, the judges said.

Any such intrusion must be restricted to the absolute minimum, the court concluded, citing the EU's charter and EU data privacy rules.

The flawed directive ignored such constraints because it allowed data storage for up to 2 years without objective criteria being set, the panel said.

The court declared the directive as "invalid." It said any future reform must weigh up various factors, including public safety such as the pursuit of organized crime and data interception "actually limited to what is strictly necessary."

Directive 2006/24/EC had been challenged by an Irish human rights organization, the regional government of the Austrian province of Carinthia and thousands of Austrians.

They had argued that the mass storage was disproportionate in relation to principles of individual data privacy and freedom of expression.

Previously, the European Commission had threatened to fine Germany for failing to uphold the 2006 directive.

Tuesday's top European judicial ruling is likely to impact on trans-Atlantic debate over the mass surveillance by intelligence agencies, notably the US National Security Agency (NSA).

In numerous US states, Republican and Democratic lawmakers have proposed legislation to curtail the powers of authorities to monitor and track American citizens.