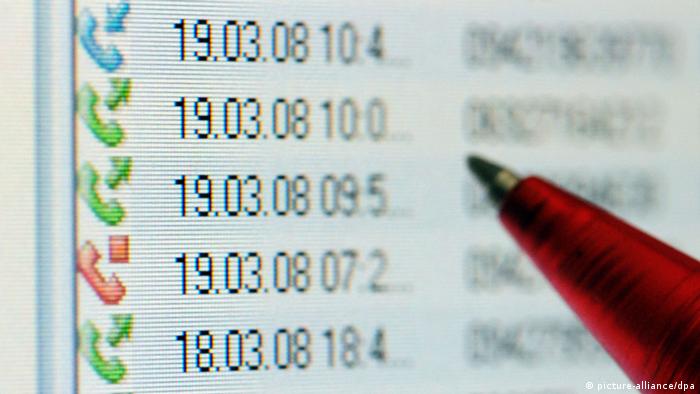 This follows a lengthy row between conservative pro-policing Interior Minister Thomas de Maizière and the federal justice minister in Merkel's coalition partners, Heiko Maas, of the center-left Social Democrats, who had highlighted data privacy concerns. Both ministers referred to Wednesday's proposal repeatedly as a compromise deal. 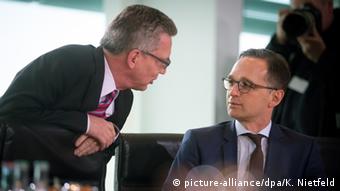 Announcing cabinet's adoption on Wednesday, Maas said the draft struck a suitable balance between ensuring security in the digitalized world, and safeguarding the freedoms of the private individual.

The legislation foresees the retention of key phone "metadata." This includes the number called and call duration as well as Internet Provider (IP) addresses, but not data on emails, nor recordings of phone calls.

A caller's location details are to be deleted after four weeks; the remaining call details after 10 weeks.

Investigators wanting access to an individual's metadata must get a judge's consent and the person traced must be notified.

Condemnation came promptly, however, from parliament's opposition Greens and Left parties as well as data privacy advocates and media representatives, who said retention could still expose informants acting in the public interest.

Police had wanted data log files kept for up to two years, for example, to trace a suspected terrorist's contacts.

In 2010, Germany's top court voided German retention law based on a 2006 EU directive. This German veto was eventually followed at the European level, too.

European commissioners have since debated whether to submit a revised directive, such as the one Germany is working on.

The opposition Left's deputy chairperson in the Bundestag, Jan Korte, described cabinet's surveillance plan as a "black day for fundamental rights and freedoms."

"While in other European nations their laws for data retention are being lifted, [Germany's] grand coalition is preparing the next constitutional breach in a national go-it-alone," Korte said.

The German BDZV, a federation of newspaper publishers, warned that the proposed law would neither guarantee protection of informants, nor protect press freedoms.

"Free media need informants, who don't have to live in fear or being spied upon, and journalists who can work free of surveillance," said BDZV chief executive Dietmar Wolff.

DJV chairman Michael Konken said the "door had to be bolted on this data collection frenzy."

"This nonsense has to be stopped," Konken added.

Merkel's conservative parliamentary group said the draft law would be submitted to parliament before its summer break, which starts in early July.

If passed, Germany's 1,000 diverse telecommunications operators would have 18 months to prepare for data storage and deletion procedures.