German Foreign Minister Sigmar Gabriel confirms he will not be part of next government | News | DW | 08.03.2018

Germany's SPD has announced there will be no Cabinet post for erstwhile leader Sigmar Gabriel in the new coalition government. Reports suggest Justice Minister Heiko Maas is set to take over as foreign minister. 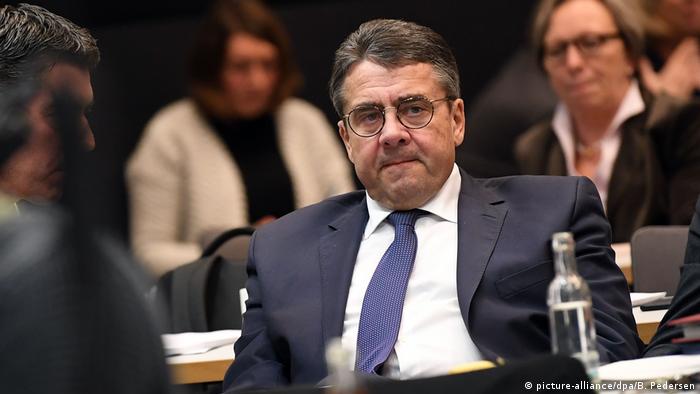 German Foreign Minister Sigmar Gabriel confirmed on Thursday that he will not be part of Chancellor Angela Merkel's new grand coalition government.

The decision was made by the Social Democratic Party's (SPD) leadership, Gabriel said, adding that he was told of the decision late on Wednesday.

Read more: Who will be in Merkel's new Cabinet?

"I will continue to be a directly elected member of the German Bundestag," Germany's top diplomat said in a statement posted on Twitter, "but now the time ends in which I carry out leading political duties for the SPD. [Serving my party] has been a big honor for which I am deeply grateful."

Who will succeed him? On Thursday, reports suggested that Justice Minister Heiko Maas would succeed Gabriel as head of the Foreign Ministry. German news agency dpa, as well as news weekly Der Spiegel, said they had learned of Maas' new position through party sources.

Gabriel indirectly confirmed Maas' appointment during a press conference on Thursday. "If it's true that (Maas) is set to become justice minister," Gabriel said he would leave the Foreign Ministry "with an extremely good feeling."

The SPD is slated to formally announce Gabriel's successor on Friday, as well as their other Cabinet appointments. 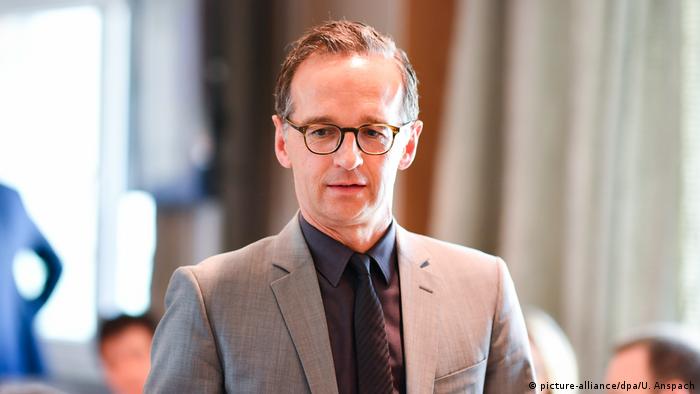 Who is Heiko Maas? After almost two decades in regional politics in his home state of Saarland, Maas was part of the SPD's team negotiators that went on to form a coalition government with Merkel's conservatives in 2013. He was subsequently appointed German Justice Minister.

One of Maas' most well-known achievements from his four years in the role was his online hate speech law (also known as NetzDG), which forces social media companies to delete offensive potentially illegal content. While the law is divisive, it has been cited as an exemplary means of combating online hate crime and fake news.

Read more: New German government: What is at stake for the EU?

How did we get here? The SPD's decision to demote Gabriel is thought to have been spurred by the foreign minister's public falling out with former party head Martin Schulz. Gabriel accused Schulz of breaking his word and showing a lack of respect when reports surfaced that the then-SPD leader was vying for the foreign minister post.

The SPD will work together with Merkel's conservatives in a second-successive grand coalition after the party's membership agreed to the coalition deal last Sunday.

A party and government stalwart: Gabriel has been Germany's vice chancellor since 2013. He served as environment minister in Merkel's first grand coalition between 2005 and 2009, and as economy minister from 2013 to 2017. He took over from Frank-Walter Steinmeier as foreign minister at the beginning of last year. He was leader of the SPD from 2009 until 2017.

Sigmar Gabriel will not be part of Angela Merkel's next coalition government, bringing to an end nearly 20 years at the helm of the SPD. DW looks at his ascent from protege to foreign minister. (08.03.2018)