If one Finnish presidential candidate has his way, Finland will upgrade its current NATO partnership to full-fledged membership. But not all Finns back the idea — and Russia's not-so-friendly statements may play a role. 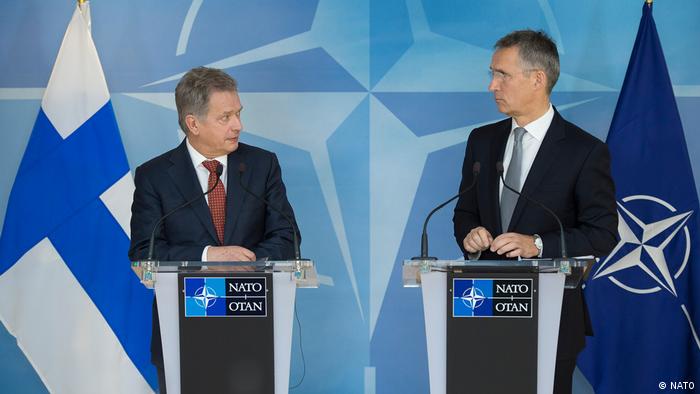 It's an ever-present question in Finland: Should the militarily non-aligned Nordic state that shares a 1,340-km border with Russia join NATO? So far the answer from the majority of 5.5 million Finns has always been "ei" — no — with helpful hints from Moscow that things better stay that way.

The Kremlin's new ambassador in Helsinki, Pavel Kuznetsov, issued a dutiful reminder in his first interview since assuming the post early this fall. Speaking in the daily tabloid Ilta-Sanomat over the weekend, Kuznetsov lamented the impression that countries need to "fear Russia." At the same time, the ambassador explained, "everyone understands that the entry of NATO's military infrastructure closer to our borders forces us to take appropriate responses."

But Russia's veiled warning does not mean Finland's politicians are keeping quiet on the subject of NATO. Finnish European parliamentarian Nils Torvalds says that, despite that impressive border, it's time for his country to get past the days where Russia has a say in Finland's defense decisions. Torvalds is running for president as the candidate of the Swedish People's Party, and he's determined to use his campaign for the January 2018 election to make Finland confront its current security position, which he believes would be better assured inside the NATO alliance.

After all, supporters such as Torvalds argue that Finland has participated in NATO's Partnership for Peace" since 1994 and has been steadily increasing its contributions to the organization since then. The northern nation cooperates with the military alliance closely as a partner in exercises and planning. Helsinki hosts a new NATO-EU center countering hybrid threats.

And by 2020, the year by which NATO allies have pledged they will all be spending at least two percent of their GDP on defense, Finland will have surpassed that level through massive new investments in its naval and airborne capabilities. 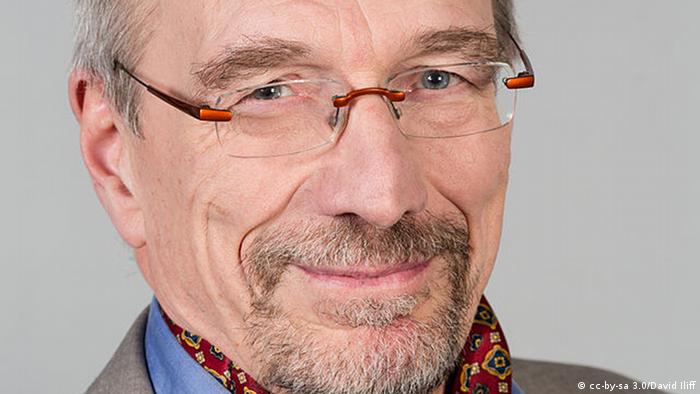 Finnish MEP Nils Torvalds is running for president of Finland. He wants Finland to join NATO.

A longtime journalist who's lived in Moscow, Washington and now, Brussels, Torvalds says Finland's past political restrictions were understandable, because when "somebody tried to move [toward NATO] then we got a note from Moscow saying that 'you are not allowed to move'." Ambassador Kuznetsov's recent interview demonstrated that such a Russian reaction is not merely a thing of the past.

But Torvalds insists the debate must nevertheless finally escape its Cold War paralysis. "What I'm trying to tell people here," he said in an interview with DW, "is we have to be able to stand slightly more on our own feet than before. And if we are standing on our own feet, then we are dependent on Europe." Torvalds says German Chancellor Angela Merkel's recent remarks on the future of Europe helped underscore his points.

For people outside of Finland, "dependent on Europe" would be interpreted as depending on NATO. Despite Finland's current close cooperation with the alliance, it does not qualify for the protection that NATO membership carries.

Finnish public opinion shows the population is comfortable with that trade-off. Recent nationwide polling showed that 21 percent of Finns support joining NATO, while 51 percent are opposed.  Meanwhile, 28 percent demonstrated the epitome of neutrality and wouldn't give an opinion.

Jarmo Makela, a longtime foreign-affairs commentator who writes for Finland's largest newspaper Helsingin Sanomat, explains the traditional mentality.  "A clear majority of my generation and older is sure that Russia will not attack if Finland does not provoke it," Makela told DW. "Seeking membership is considered to be such a provocation and Russia is actively now strengthening such a point of view [inside Finland]."

Makela says Finns don't see NATO's Article V protection as a silver bullet. The article outlines the alliance's common commitment to respond to an attack on any single member nation. He says too many "bad things would happen" long before the point where the alliance would rise to collective defense. He does believe that the more Russia tries to scare the Finns, though, the more positively they would view an alliance umbrella.

A year ago Finnish President Sauli Niinisto became the first Finnish head of state to ever visit alliance headquarters. Niinisto gets some criticism for not expressing strong views either way on NATO membership, but it's clear he leans toward maintaining non-aligned status. In a recent interview, Niinisto said his country should focus on maximizing its own defenses and on increasing the European Union's security and defense capacity, rather than joining NATO. Cautioning against overblowing the threat Russia poses to Finland, Niinisto — who is easily leading the field of presidential candidates — explained his lack of enthusiasm for military alignment in a typically Finnish dry, logical manner.

"If there is a war in the Baltics [between NATO and Russia], it would be a third world war automatically," Niinisto asserted. "And due to that, it never will come. Everyone knows they would all be gone." It's better, he concludes, to make the cost of intervening in Finland as high as possible.

Helena Partanen, deputy director general of the Defense Policy Department at Finland's defense ministry, acknowledged most Finns are still reluctant to have a full-blown debate about NATO membership because the current system is working well enough. But Partanen says it's crucial for Helsinki to have that seat at the table due to its participation in NATO missions in Afghanistan and Kosovo, as well as military training in the Middle East

"That has opened to us the political dialogue, [like] the military-level cooperation which started in 1994 with the Partnership for Peace program," she explained. "That is very very valuable for us. We have decided by choice to stay outside of NATO so we understand that not all doors can be opened for us."

Torvalds: We need to talk

But Torvalds insists Finland would be better off opening those doors and he's determined to at least make sure it's discussed. Some Finns are warming up to the idea.

Finnish economist and writer Heikki Pursiainen reacted to Torvalds' NATO campaign by saying "amazingly enough," he'd consider voting for the MEP based on that.

In recent years, former Prime Minister Alex Stubb, himself a former MEP, got out ahead of the population on NATO membership, declaring himself firmly in favor. He lost the premiership and even his party leadership after that, though not solely because of it. Nonetheless, Makela said it's a good gamble for Torvalds. "If 20 percent of Finns are in favor of [NATO] membership, that is much more than the five percent" that would normally vote for Torvalds' party," he said. "Nils has taken a clever stand. There will be no other candidate openly supporting the membership."