Muslims face increase in online attacks in Europe | Germany | News and in-depth reporting from Berlin and beyond | DW | 08.07.2021 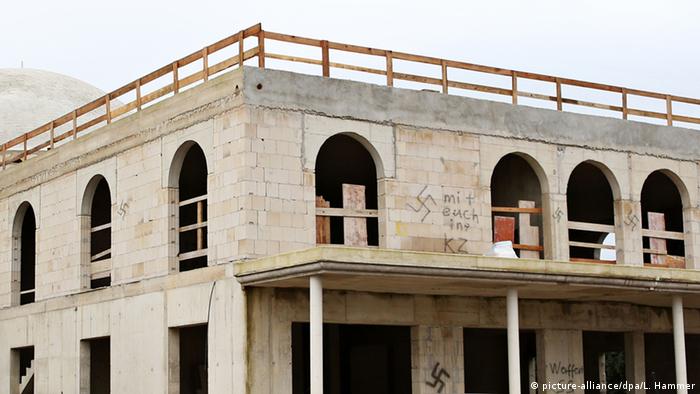 Imam A.* remembers paint attacks on his mosque in a small western German town: "Several years ago someone spray-painted huge swastikas right across our walls and windows," he remembers. And the number of such attacks has increased markedly in recent years, he says.

Anti-Muslim sentiment and antisemitism have become an everyday occurrence in Germany. The country's Interior Ministry registered 1,026 anti-Muslim attacks in 2020. It is suspected that many more have occurred but have not been reported.

This is not a purely German phenomenon, says the Council of Europe'sSpecial Representative on Antisemitic and Anti-Muslim Hatred, Daniel Höltgen. He has been following up on reports from Muslim associations in eight European countries. The results are not comprehensive, he cautions, but they are the basis for further research and need to be followed up by authorities in the respective countries. 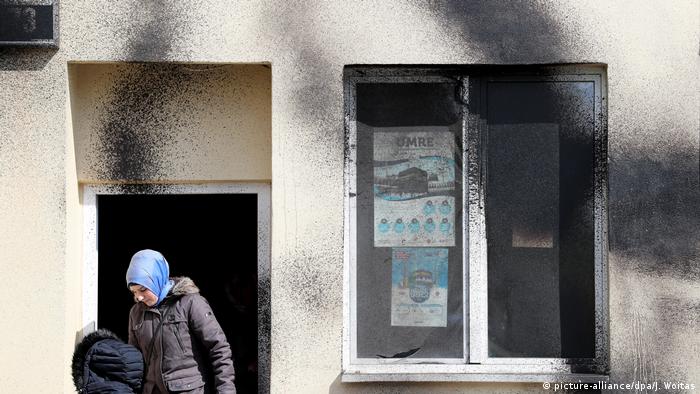 The victims describe online hatred and threats to be just as real as everyday discrimination and verbal attacks on the streets. says Höltgen. Increasingly coarse and brutal language, unveiled threats to life and limb, calls for racist violence have all become facts of daily life for Muslims, he says. "These are criminal actions. This has nothing to do with the right to free speech," says Höltgen.

And such threats and intimidation take their toll, says Imam A. After the big swastikas were painted on the walls of the mosque, instead of the usual 100 attendees, only 10 people came to Friday prayers that week, he remembers. Young Muslims in particular stayed away because they were afraid. A police investigation yielded nothing. The mosque later moved to a location where there is video surveillance on all sides of the building.

Imam A. says he regularly receives messages reading "Go home" or "there is no place for you here." Some of them are printed out, or they are made from newspaper cuttings pieced together like ransom notes. Sometimes, Imam A. says they include cartoons depicting the Prophet Muhammad. 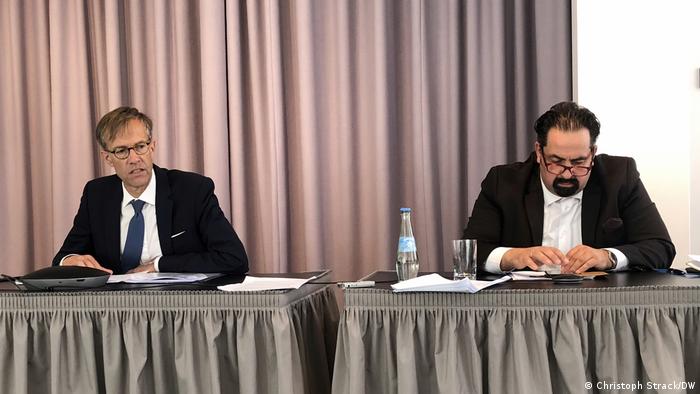 Höltgen has found out why the majority of hate speech is not reported: The victims either don't know who to report it to or simply believe reporting it is pointless and won't really make a difference.

The majority of postings are made anonymously, which allows users to post racist and even dangerous comments without having to fear real repercussions. "The inhibition threshold is lower and lower, more and more just seems acceptable, and that is very worrying," says Höltgen.

The Council of Europe's Special Representative says the internet is too much of a legal vacuum and it encourages copycat perpetrators.

The terrorist who attacked a synagogue in Halle in 2019 streamed his actions online, copying the procedure he had seen in the attack on a mosque just months before in Christchurch, New Zealand.

Höltgen points out that the first step to better controls was made with EU legislation late last year: it holds online platforms responsible for the content posted on them. "Now," he says, "we must make sure that these platforms actually adhere to the law."

The chairman of the Council of Muslims in Germany, Aiman Mazyek, agrees that online hatred is a "new phenomenon." But the number of cases has skyrocketed.

In 2020 alone there were more than 1,000 criminal incidents and almost 150 physical attacks on mosques across Germany. Mazyek hopes the Council of Europe's survey will give fresh momentum to more decisive action against this kind of aggression. "Just like antisemitism and racism, the attacks on Muslims are an attack on freedom and democracy in our country," says Mazyek.

Höltgen wants to hold back on evaluating political strategies in individual EU countries. But he singles out German Interior Minister Horst Seehofer for praise: The council of experts Seehofer established in September 2020 could be a model for other countries, he says. This independent council on anti-Muslim sentiment is made up of 12 scholars tasked with analyzing new expressions and changing forms of anti-Muslim sentiment and how they correspond to antisemitic and misanthropic tendencies in German society.

Höltgen stresses that the Council of Europe has probed only eight of the 47 Council members — but these eight countries are among those with the largest Muslim communities: Germany, France, UK, and Austria.

The European Commission on Racism and Intolerance (ECRI) is planning to publish concrete political recommendations within the next few months to give politicians guidelines for combatting antisemitism and anti-Muslim sentiment.

Imam A. hopes that concrete suggestions may lead more politicians and journalists alike to just come and stop by his mosque in person. "We are not a black box. We are a regular part of society too."

*The imam did not wish to see his name published for fear of attacks.