The trial of far-right attacker Stephan B. in Germany has almost reached its halfway stage. It has been marked by moving eyewitness accounts — and criticism of the police investigation. 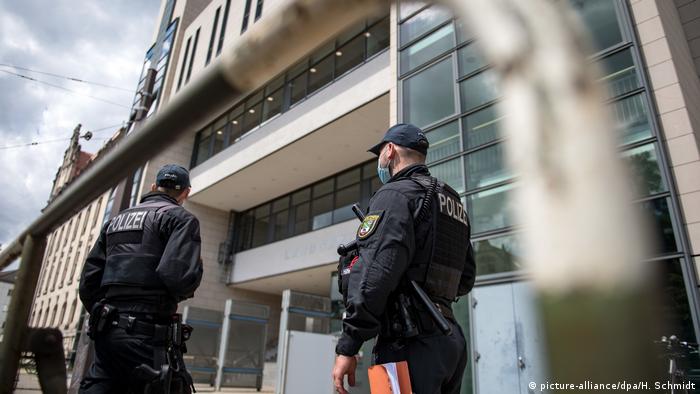 Jewish survivors of the attack on the Halle synagogue have accused the police of failing to properly investigate the online far-right scene that is believed to have inspired last October's deadly attack in the eastern German city.

28-year-old Stephan B. is on trial for attempting to commit what would have been the worst anti-Semitic atrocity in Germany since the Holocaust. Only the jamming of the perpetrator's homemade weapons and the synagogue's locked door prevented a massacre.

He has been charged with the murder of the two people who were killed that day — a passerby Jana L. and kebab shop customer Kevin S. — as well as the attempted murder of several more.

Some 43 people, all survivors or the relatives of victims, are co-plaintiffs in the trial of the case that shows parallels to crimes perpetrated in Christchurch and other places.

Several witnesses from in and around the synagogue and kebab shop were called on Tuesday and Wednesday, the tenth and eleventh trial days, describing in powerful detail the terror as the defendant attempted to shoot them.

Among them was a retired professor who was in the kebab shop, and who injured his shoulder as he escaped through a back window. He described seeing what he thought was a man in a Halloween costume holding a paintball rifle coming into the shop, and registering a "wild determination" in his expression.

He said he was only alerted to the man's intentions when someone shouted a warning. A video of the attack appeared to show Stephan B. attempting to shoot the witness as he fled, though the gun jammed.

Read more: The myth of the lone wolf attacker

The 74-year-old anthropologist said he had decided to become a co-plaintiff in the trial out of a mixture of anger, civic duty, and his faith in the principles of equality in the German constitution. "You have earned what this court is likely to decide for you," he told the defendant, who did not respond.

On Wednesday, the court was also shown a previously unseen second video of the attack that Stephan B. filmed from a bodycam attached to his jacket.

This footage — taken in addition to the helmet-cam view he streamed live during the attack — showed a new angle of him throwing several crude homemade explosives (glass bottles filled with chemicals, with a fuse hanging from the necks) over the walls of the synagogue grounds. It also showed a failed attempt to blow the hinges off a gate, as well as part of the shooting in the kebab shop.

Later in the 45-minute video, Stephan B. could be seen driving away in his car, injured in the neck from a firefight with police. In this sequence, during which he occasionally whimpered in pain, Stephan B. addressed his online "audience" in English, cursing himself and his failed firearms.

He also appeared to think he would be able to carry out more attacks in future, saying he could "fight" for another one or two days if he had a new car. 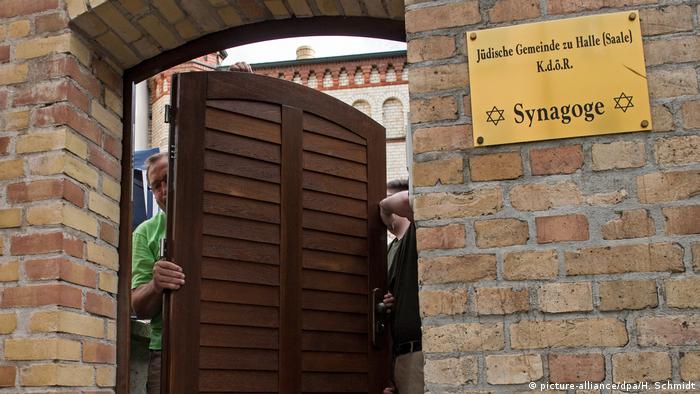 In July the door to the synagogue, which bore bullet marks from the attack, was replaced.

For many of the 52 survivors from inside the synagogue, the trial has offered a chance to give a voice to the Jewish community.

Describing her ordeal on Tuesday, co-plaintiff Rebecca Blady said she had drawn strength from her grandmother's experience during the Holocaust — contrasting her own opportunity to testify about the Halle attack with the fact that her grandmother was never able to speak in a German court.

Blady's testimony was summarized in a Twitter thread by the activist Valentin Hacken:

"I would like to feel at home in synagogues," she said. "But if you knew that you had to equip your home with bulletproof doors and windows, how comfortable would you be to call this place your home? The higher the security the more I have the feeling that there is something wrong in the discourse of the society."

She had emigrated to Germany, despite misgivings about the country, to train to be a rabbi. "To most Germans even in this court, Jewish life in Germany seems to be something that died out. That is the past," she said.

The Halle synagogue attack underscores what is downplayed: the threat against Jews is here and always has been. DW’s Kyra Levine, a US-born Jew living in Berlin, says Germany must lead the fight against anti-Semitism.

Worshippers at a synagogue in the eastern German city of Halle only narrowly escaped a mass shooting by a neo-Nazi on a Jewish holiday. Anti-Semitism should not be trivialized, says DW Editor-in-Chief Ines Pohl.