Worshippers at a synagogue in the eastern German city of Halle only narrowly escaped a mass shooting by a neo-Nazi on a Jewish holiday. Anti-Semitism should not be trivialized, says DW Editor-in-Chief Ines Pohl. 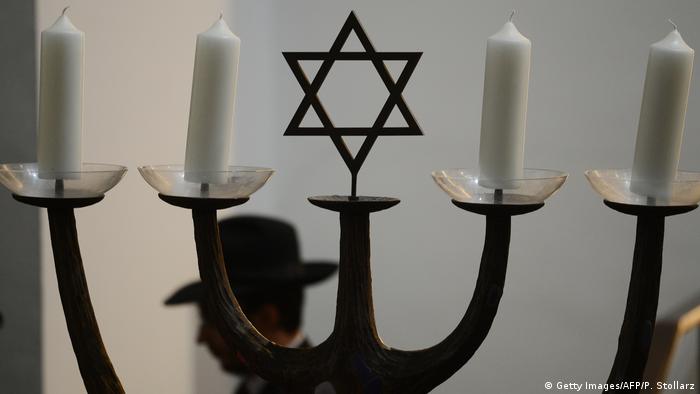 More than 70 Jewish men and women had come together in a synagogue in eastern Germany to pray, sing and celebrate the Jewish holiday of Yom Kippur. Only the secured door to the house of worship prevented a German man armed with a hand grenade and rapid-fire rifle from causing a bloodbath.

Eighty years after the beginning of World War II, in which more than 6 million Jews were murdered, Jews must once again fear for their lives in Germany if they wish to profess their faith openly when they visit the synagogue.

Streaming on a games platform

What does this say about Germany? And what does it mean that the 27-year-old found an audience for his acts by filming them with a helmet camera and streaming them onto the internet on a video game platform? Like the Christchurch attacker in New Zealand, he cast himself in the scene and — before the shooting began — announced to an international audience in English: "The root of all problems are the Jews."

Suffering cannot and must not be relativized. Our condolences must, therefore, first and foremost go to the relatives of the man and the woman the perpetrator brutally killed.

But we also cannot look away. If the situation had been a little different, we would have seen the mass murder of Jewish men and women in Germany on Wednesday.

Not limited to Islamists

This act strongly underlines that the growing and deadly anti-Semitism in this country is by no means limited to Islamist terrorists. Anyone still making such claims is lying and refusing to face reality. This act emphasizes that the protection of Jewish institutions in Germany is still vital, even nearly 75 years after the end of the Nazi reign of terror. The fact that the synagogue was not protected on a holiday like Yom Kippur does raise questions.

This crime proves that even the most minor hints of anti-Semitism must be taken seriously and investigated. This includes the burning of an Israeli flag as much as the insulting of people showing their faith by wearing a yarmulke.

Anti-Semitism should not be trivialized. There's no such thing as being a little anti-Semitic. Anywhere. And especially not in Germany.

Opinion: World must wake up to the horror of anti-Semitism

The attack on a synagogue in Germany on Judaism’s holiest day should be a shocking wake-up call to us all. Concerted effort at all levels of society is needed to avoid the horrors of the past, says DW's Kyra Levine. (10.10.2019)

Hundreds of people gathered at a synagogue in Halle, Germany, to hold a vigil for two people killed in the shootings. The German justice minister described the incident as a "far-right terror attack." (10.10.2019)

Nigeria: Dozens killed in stampede at church event 2h ago