Rabbi spat on and cursed at in Berlin

Rabbi Yehuda Teichtal said two men spat on him while he was walking home from the synagogue with his son. German police are investigating the incident as a religiously-motivated crime. 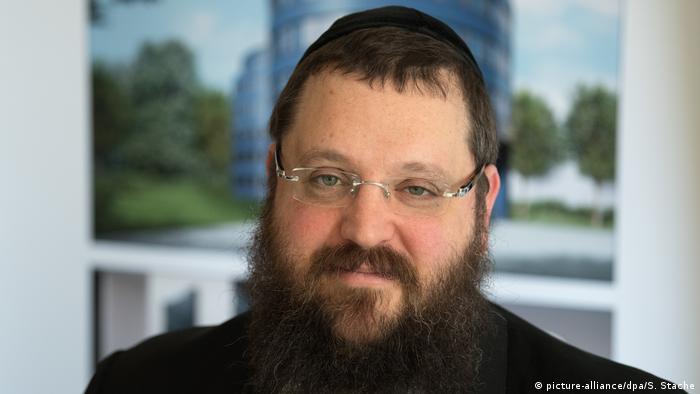 German police launched an investigation on Wednesday after a prominent Berlin rabbi said he was insulted and spat on while walking down a street in the German capital.

Yehuda Teichtal, a rabbi of the Jewish Community of Berlin, said the incident took place last Friday evening in the city's Wilmersdorf neighborhood.

Teichtal said he was walking home with his son after leading a service at a nearby synagogue when two men started cursing at him in Arabic and spat on him in front of his child.

The incident shows that anti-Semitic incidents are not only occurring in Berlin schools, but on the streets of the capital as well, Teichtal said in a statement posted by the Jewish Community of Berlin.

"But I remain convinced that most people in Berlin do not want to accept this aggression against Jews as a sad part of everyday Jewish life," he said.

Teichtal added: "Of course we will not hide now, but rather continue to build on love, tolerance, dialogue and education."

Born in New York, Teichtal has been active in the German capital for some 20 years. He also heads Berlin's Chabad Lubavitch Jewish Educational Center and is known for his work to further dialogue between religions.

The Conference of European Rabbis (CER) told DW that it was shocked by the latest attack on a rabbi in Germany, saying the latest incident pointed to a dangerous uptick in anti-Semitism.

"These incidents threaten freedom of religion and religious coexistence in Germany, thereby jeopardizing an essential characteristic of German society which is known for its religious plurality," Rabbi Gady Gronich, the secretary general of CER, told DW.

The police division in Berlin that is responsible for probing religiously-motivated crimes has opened an investigation into the incident, adding that they are still looking for the suspects.

Anti-Semitic crime is on the rise in Germany, with officials figures showing the number of cases rose by almost 20% last year.

In June a US-citizen said he was hit in the face after telling a group of people that he was Jewish. There have also been reports of people being harassed in Berlin for wearing yarmulkes, a traditional head covering for Jewish men.

There has also been an uptick in anti-Semitic harassment at Berlin schools. Last year, people were outraged when it emerged that a Jewish boy had been bullied and threatened by his peers at a school in Berlin for months over his religion.