Belgian Muslims turn social media against the haters | Europe | News and current affairs from around the continent | DW | 24.12.2016 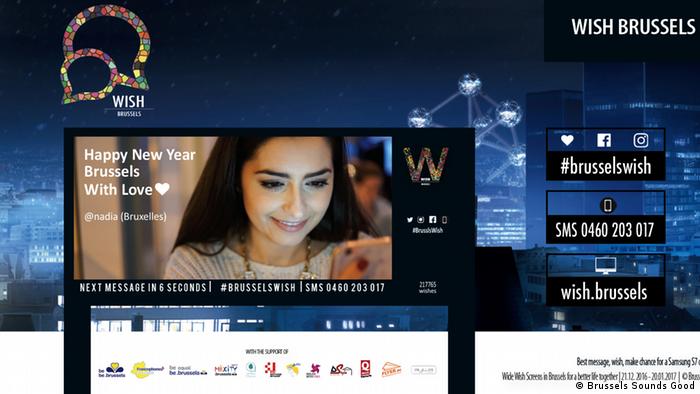 Ibrahim Ouassari was one of the first to send a #BrusselsWish out to the world. The Muslim entrepreneur from Molenbeek gathered his staff and clients around the Christmas tree in his office and sent out a "Bonnes fêtes" to the four billboard-sized screens located around the city.

One of those screens is just a couple blocks from Ouassari's high-tech business incubator Molengeek, in the infamous Brussels district of Molenbeek. As the home base for the terrorist cell that spawned the Paris and Brussels attacks in November 2015 and March 2016, this majority-Muslim neighborhood knows what it's like to be on the receiving end of negative social media.

Ouassari hopes their photo and the whole #BrusselsWish initiative will spread the message of acceptance and respect. "We're all Arabic [in the office] so a lot of people can see this picture and see we are open-minded," he said. "If someone doesn't really know Muslims, they will understand that we have no problem with Christianity, that we have big respect for that religion - or for people who have no religion."

#BrusselsWish is an initiative of the non-profit "Brussels Sounds Good," a citizens' organization set up after the Paris attacks to bring people together in an effort to increase cross-cultural understanding. One of the group's founders, Fatima Abbach, met DW on the Molenbeek market square, in front of the billboard screen, to explain the concept of the campaign. 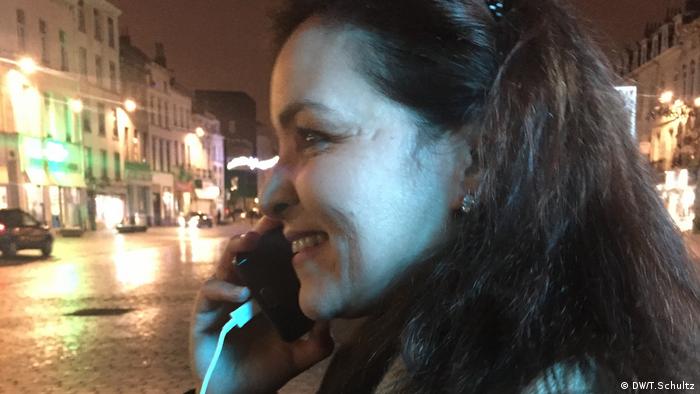 Abbach lamented that "2016 was one horrible year for the whole world," especially for Brussels when, on March 22nd, suicide bombers attacked the airport and metro. A Muslim of Moroccan origin, like many of those identified as being part of the terror cell, she has felt stigmatized by the rest of society, a position of fear and mistrust she says she understands after the events of the last year.

Still, Abbach wants everyone to stop blaming each other and decided to try to change those opinions in a positive way. "Brussels Sounds Good" raised funds and found partners for the video screens and publicity campaign so that everyone could "see a nice message from someone who's called 'Mohammed from Molenbeek' wishing a Merry Christmas and Happy New Year," she said, looking at the Molenbeek screen erected on the market square.

"To those who use social media to spread hate, we will use the same tools to spread love, to spread respect," Abbach said. "We stand together against those who want to use always that same hate and same terror to separate people. No, we're not going to allow it." Someone who wanted to prevent her plan from working had already vandalized the screen there, putting it out of commission for a few hours, but Abbach and others got it back up very quickly.

Ahmed El Khannouss, deputy mayor of Molenbeek, came out from City Hall to admire the display. He agreed 2016 had been a difficult year for this district and for all of Brussels. Taking photos of the screen, El Khannouss said it was an excellent method of "positive communication and to promote good wishes, the message that we all want to live together."

It may seem a bit ironic, but it's young men from Molenbeek who are in charge of making sure all #BrusselsWishes that will been seen are wholesome and positive. The young techies of Molengeek are gatekeepers for all incoming messages. "There are always people with bad intentions who want to hack the system," Ouassari explained, saying he'd volunteered the young entrepreneurs who use his workspace to screen out those wanting to abuse the platform.

Standing before a large screen on a wall of the Molengeek office, Fom Ly was on duty checking all tweets hashtagged BrusselsWish clicking "accept" or "reject" as to whether they can be beamed onto the big screens around Brussels. 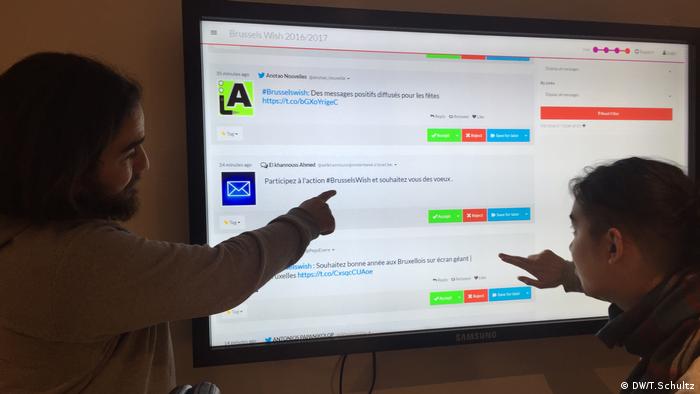 The internet has become a tool of hate for extremism. Brussels entrepreneur Ibrahim Ouassari wants to harness this power to do just the opposite and spread messages of hope

"We have some guidelines," Ly said. "There might be some hatred, so we have to reject those. No curse words, no ads."

"Hey," Ouassari shouted to a Russian co-worker when a message crossed in Cyrillic, "what does this one say?" "It's just 'Happy New Year' in Russian," the young man laughed. "Okay, I'll accept it," Ly clicked. "Oh, this one's advertising," he said, killing off another one.

Since people, in general, are known to donate more money during the holiday season, it's logical their "hearts are more accessible for warm greetings," Abbach says. She's hoping the campaign that runs through 20 January will be a chance for residents of Brussels to both express and receive words of encouragement as they head into a new year filled with hope.

In Belgium, 10 suspects will stand trial for the Islamist bombing attacks in Brussels in 2016 that killed 32 people. DW's Marina Strauss met one woman who witnessed events and hopes the trial will help bring some closure.