Security in northern Mozambique has deteriorated dramatically, with jihadi militants seizing a key port city on the Indian Ocean coast. The government is increasingly relying on international help to fight the militants. 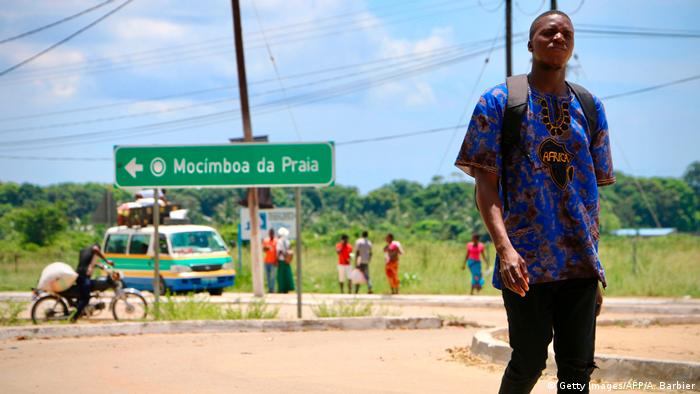 The security situation in Mozambique's northernmost province has reached a new low, with jihadi militants repeatedly attacking and partly occupying a strategic port city in the gas-rich province of Cabo Delgado.

Mocimboa da Praia, a city of some 30,000 people, isn't the most important port in the north of the country, but observers believe its conquest nevertheless represents an embarrassment to government troops.

Cities such as Mocimboa da Praia, Macomia and others now resemble civil war zones, says investigative journalist Estacio Valoi, who has been reporting from the region for the independent Moz 24 Horas portal since the first attacks in October 2017.

Many villages have been razed to the ground, and those who were unable to flee have been threatened or immediately beheaded. In the past few days, many families have fled south along the coast by boat, or overland in minibuses, to Pemba, the provincial capital. The situation is completely out of control. UN figures show that around 1,000 people have died in the conflict in past three years, while some 250,000 have left for other parts of the country.

According to Valoi, government troops that had been transferred to the region in large numbers arrived much too late, and were completely overwhelmed. There was a shortage of weapons and equipment, and military training and local knowledge was lacking, he said. On Wednesday, troops were attacked by the militants at dawn and massacred. Losses were high, with "bodies and body parts" lying on the streets, said Valoi. 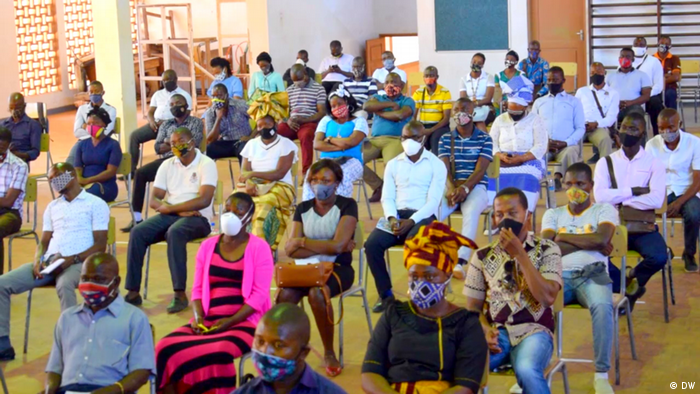 These teachers were among those who had to flee Cabo Delgado

Some 1,700 kilometers (1,050 miles) farther south in the country's capital, Maputo, the government is hopeful. Troops are slowly regaining control, 59 "terrorists" have been killed and many more have fled, authorities have said. International aid is now also being called in. Foreign Minister Veronica Macamo has announced a plan to work with the government and Tanzanian army to prevent future incursions at their shared border.

But Valoi remains pessimistic. "All efforts by the government to bring the situation under military control have failed so far," he said, citing previous attempts by the Wagner Group, a Russian paramilitary organization with links to the Kremlin, and a security firm from South Africa. "Expensive solutions, without success."

However, Valoi said things might improve if Russia opens a military base in Mozambique in the near future. There have been media reports of a military cooperation deal between the Kremlin and five African countries, including Mozambique, but the Kremlin has yet to confirm the information. 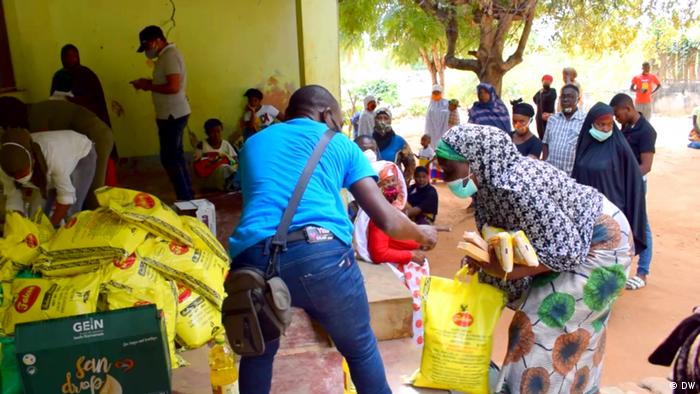 Some 250,000 people have fled for other parts of Mozambique

Although the root of the conflict is rather local, the jihadis have established international connections — especially in Tanzania, where, according to the Mozambican government, a large number of the fighters were also recruited. On November 13, 2019, in the first cross-border attack on a Tanzanian border village, the militants executed six people. Tanzania is seen as vulnerable to jihadi expansion: between 30 to 40% of its population are Muslim, compared with 18 to 20% in Mozambique.

The jihadis are also believed to have ties to South Africa. In August 2018, Mozambican authorities arrested Andre Mayer Hanekom, a 60-year-old South African known as "Baba Mzungo" or "White Papa," for supplying weapons, medicines and cash to the rebels and enabling the jihadis to pay their fighters' salaries. He died in police custody in January 2019, under unclear circumstances.

In June 2019, "Islamic State" (IS) claimed for the first time responsibility for an attack by "soldiers of the caliphate" on the "crusaders" of the Mozambican armed forces. In May 2018, a representative of the African Union said IS had extended its reach to East Africa and Mozambique.

According to Valoi, the capture of Mocimboa da Praia by the insurgents means that government troops have been unable to stem the jihadis' advances. "Mocimboa da Praia has become a de facto state within a state. This is worrying and serious, especially since it is a strategically and, above all, economically important region," he said.

"In this part of the country, the Cabo Delgado region, we have the biggest investments in the raw materials sector in the whole of Africa," said political scientist Dercio Alfazema. Mocimboa da Praia is just 90 kilometers away from a natural gas megaproject, where French, American, Italian and other energy firms are engaged.

Alfazema is aware the insurgents have seized a region that is very strategic, not only for the development of Cabo Delgado but the entire country. "It's about control over strategically important points of the country and the region," he said.

Talal Derki: 'They need to find a warm heart'