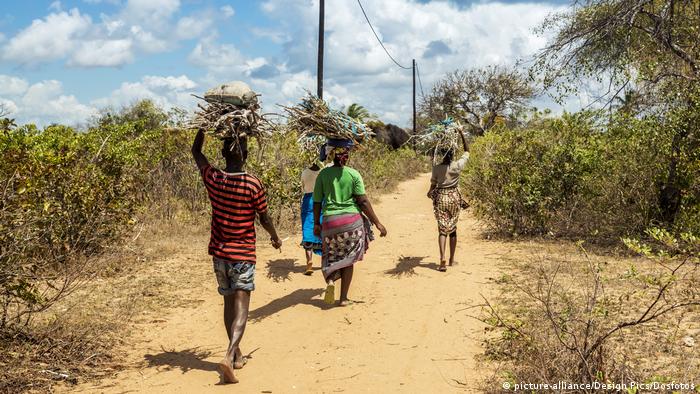 A surge of extremism has torn through northern Mozambique, forcing residents to flee, the UN said on Friday. Officials confirmed that attacks by an Islamic insurgency have increased, with eyewitnesses saying that mass kidnappings have taken place and villages have been burned to the ground.

Seven people are said to have been beheaded earlier this week, AP reported. Homes, schools and health clinics have all been targeted by the rebels, who have been operating in the Cabo Delgado province.

More than 156,000 people are said to have been affected by the insurgency, Cabo Delgado's provincial government said this week.

The Islamic extremists call themselves Ahlu Sunnah Wa-Jama and began operating in northern Mozambique since 2017.

Since then, some 500 people have been killed, many of them beheaded. Last year, the group pledged allegiance to the Islamic State, which routinely assumes responsibility for the attacks in Mozambique.

The UN refugee agency's spokesman Andrej Mahecic said in Geneva that the displaced villagers have recounted the horrors of what they have experienced.

"They speak of men in particular being targeted and beheaded, and many, many reports of women and children ... being kidnapped or simply disappearing," Mahecic said.

"In total, at least 28 attacks were carried out in the province since the beginning of the year," he added.

Read more: Can coffee growing in Mozambique save a rainforest and keep the peace?

Mahecic said the UN would step in to take over coordinating "all protection activities in partnership with the government,'' and would deploy ''additional aid and staff to meet the need, initially for 15,000 internally displaced people and host communities in the coming weeks.''

Northern Mozambique is home to one of the largest natural gas reserves in the world, where multibillion-dollar projects are underway.

France's Total and the US firm ExxonMobil, which operate the two onshore gas liquefaction projects, have asked the Mozambique government to send more troops to protect their installations, according to local media.

The Frelimo party is set to remain in power after winning 73% of the vote. Opposition parties are questioning the elections that took place on October 15, citing bullying tactics and corruption. (27.10.2019)

Growing violence in Mozambique on the eve of general elections has the country and the international community deeply worried. The reasons for the violence are manifold and not easy to tackle. (02.10.2019)