The Frelimo party is set to remain in power after winning 73% of the vote. Opposition parties are questioning the elections that took place on October 15, citing bullying tactics and corruption. 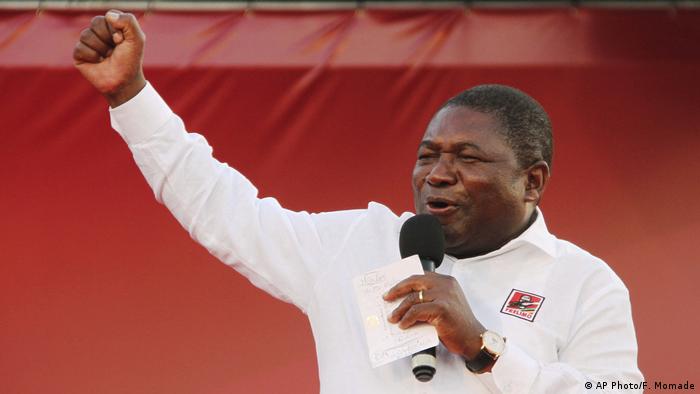 The elections took place earlier this month and Sunday's announcement revealed Nyusi won with 73% of the vote.

In a speech given to cheering supporters in the capital Maputo, Nyusi said he would further develop Mozambique and hasten the implementation of a two-month-old peace deal with Renamo — a rebel group turned opposition party.

"I will work so that we can have a prosperous, equitable and fair Mozambique," he told the crowd, who also were in attendance with vuvuzelas. "In these elections, the Mozambican people won."

Renamo has disputed the legitimacy of the results, claiming fraud and intimidation tactics were deployed by Nyusi's ruling party.

Frelimo won 184 seats, with Renamo securing 60 seats and the MDM party getting the remaining six in the National Assembly. Voter turnout was at 51%, according to the electoral commission.

The result means Frelimo are "stronger than ever," said businessman and activist Erik Charas, who founded the independent free newspaper A Verdade. "A third term is possible," he added, despite the constitution curbing a president to a maximum two terms. But a two-thirds majority in parliament would allow Frelimo to re-adjust the constitution without needing the agreement of the opposition.

The US Embassy joined in the skepticism over the result, saying its observers "witnessed a number of irregularities and vulnerabilities during the voting and the first stages of the tabulation process."

The peace deal signed between Frelimo and Renamo in August sought to end a long history of conflict, including a 1975-1992 civil war that saw nearly a million people killed.

In the deal Frelimo agreed to allow Mozambique's 10 provinces elect governors for the first time.