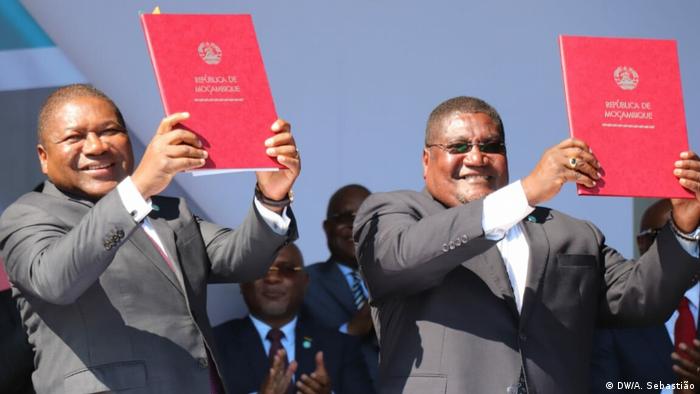 President Filipe Nyusi and Renamo leader Ossufo Momade signed the deal Thursday in Gorongosa National Park in a rugged wildlife region used by Renamo for more than 40 years as its base.

The location had "tremendous symbolic value," said Swiss ambassador Mirko Manzoni, who is also a personal envoy of the UN secretary general.

"Gorongosa was where the war started and now it is where it ends," Mozoni said, referring to a war between Renamo and the ruling Frelimo party that claimed a million lives after Mozambique gained independence from Portugal in 1975.

A deal reached in Rome in 1992 was declared void in 2013 by Renamo when government forces raided its bush camp. Fresh talks began in 2016. 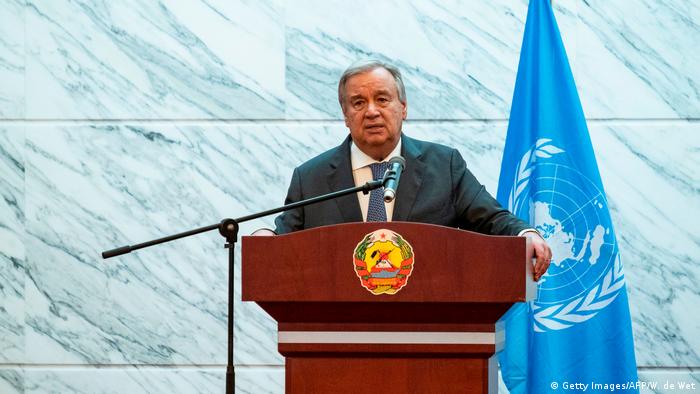 "We assure our fellow Mozambicans and the world that from now on violence will not be used as means for political goals," said Momade, who succeeded longtime Renamo leader Afonso Dhlakama after his death in 2018.

Thursday's accord "opens a new era in the history of our country in which no Mozambicans should use weapons to resolve conflicts," said President Nyusi. "We're here to say no to war."

Some are to be absorbed into Mozambique's army and police, while others are to be re-integrated into civilian life.

A small splinter group disavowed Momade in recent weeks, saying they would not hand over weapons while he was in charge.

Elections will be 'litmus test'

Thursday's signing precedes presidential, parliamentary and provincial elections due in October, with Renamo seeking to win a number of provinces. Pope Francis is also expected to visit the country in September.

Creeping and crawling for the sake of Gorongosa National Park

The elections would be the "litmus test" of Mozambique's intended peace process, said analyst Alex Vines of Britain's Chatham House — given violence that overshadowed past elections.

To avoid a repeat, another accord is to be signed in the capital Maputo on August 6, pledging peace during the national elections.

The area spanning 4,067 square kilometers (1,570 square miles) was devastated by war and poaching. It has since been reinvigorated with help of American philanthropist Greg Carr, who was reportedly inspired by the late former South African President Nelson Mandela.

"We need the park to deliver opportunities and benefits to the demobilized fighters to sustain peace," said Carr.

Mozambique's Prime Minister Carlos Agostinho do Rosario has welcomed vital emergency aid from abroad as his country deals with deadly flooding. But, as he told DW, more help will be needed for long-term reconstruction. (30.04.2019)

In Germany and large parts of Europe, green parties are compounding their electoral successes. Environmental parties in Africa still have a long way to go, but the climate crisis could quicken their ascent. (15.07.2019)