Greg Carr, a hands-on philanthropist, took on a huge decimated wildlife park in Mozambique and made it shine again. Is it a model for others in Africa? In this exclusive DW interview, he explains why it's worth the work. 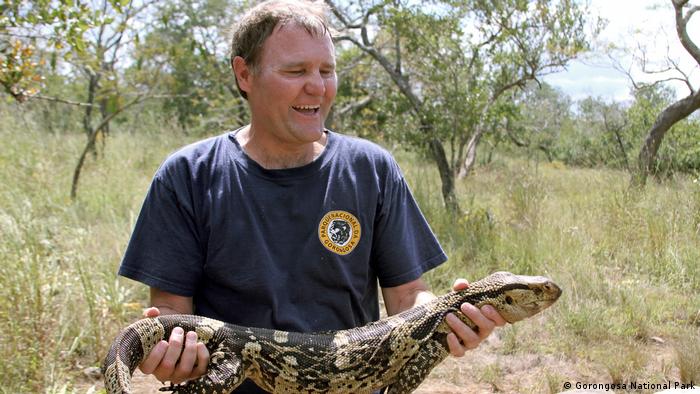 Gorongosa National Park in Mozambique has a dramatic history. During the country's civil war the park was decimated and then abandoned altogether in 1983. At the end of the war more than 90 percent of the park's wildlife had been lost.

Greg Carr is an American philanthropist who started working to restore Gorongosa in 2004. Since then he has intensified his efforts by investing millions and now co-manages the park with the government of Mozambique while at the same time helping to look after the economic well-being of the 175,000 people who live around the natural reserve.

Today, Gorongosa is once again one of the country's most diverse ecosystems and has been enlarged to encompass over 4,000 square kilometers (1,500 square miles).

DW: Why did you decide to rebuild Gorongosa National Park in particular?

Greg Carr: I was invited by President Chissano to help him and his government to rebuild Gorongosa Park. President Chissano had a vision for changing the nature of national parks from solely conservation entities in to enterprises that help the local people who live near the parks. He developed this idea with Nelson Mandela in 1992, the year of the Rio Earth Summit. I was a human rights person and Chissano felt that was the approach he wanted to take to his parks, so that they could leave the colonial legacy behind.

Mozambique has a rough history: After the end of nearly 500 years of Portuguese rule, the country stumbled into 16 years of civil war which cost the lives of a million Mozambicans and much of its wildlife. Only after a shaky peace deal was signed in 1992 could rebuilding start. How important was political stability to the renewal of Gorongosa?

Gorongosa Park is loved by all Mozambicans. It is a national symbol that stands above politics. It unites the country. About half of our employees come from one political party and the other half from the other political party. We all get along fine. However, we do need political stability because tourists want to come to a country that is safe and reliable.

How important is it that this stability comes from an elected democratic government?

Mozambique's recently elected presidents have stepped down when their mandate is finished. This is extremely important. 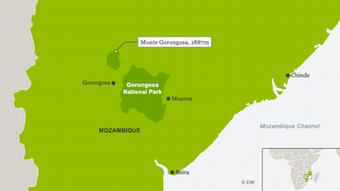 Is it important to codify such things in a country's constitution? What does this mean for your project?

Mozambique has a variety of good laws and policies that help us. There is the Land Law that helps poor families get tenure to their land. There is family law that supports women and girls. This is important to us because we spend more of our time and money on human development projects outside the park than conservation programs in the park. It is the law in Mozambique that girls must be in school and we help the country to implement that law.

What are the biggest challenges for the environment in Mozambique and Gorongosa in particular?

We are working with the Government of Norway and the US Government to implement "Climate Smart Agriculture" around the Park. This will increase yields for farmers while it also protects the soil and protects forests that keep the hydrological cycle functioning.

A few years ago you were importing animals into the park to bring back the populations, but earlier this year your park was the one to relocate warthogs, waterbuck and reedbuck to Zinave National Park and the Maputo Special Reserve in a rejuvenation effort. Your project is living proof that environmental projects can work – but that they cost a lot. The number $20 million is often bandied about – what have you invested in the park to date and can such vast parks ever be profitable?

National parks can support a lot of their financial needs from tourism. However, I do not think it is necessary for parks to cover 100 percent of their budget from their earnings. It is ok for parks to be subsidized by governments and philanthropists. We need to think of parks as "public goods" that provide benefits to all of society. As such, it is wise to support them with external funding. Think of them as a museum, university or cultural institution. We recognize why societies top up the budgets of these entities.

Is your project a good role model for other parks – and in other African countries?

Yes. Many other national parks are studying our model and implementing parts of it. We are working with the International Union for the Conservation of Nature to create a forum for sharing these ideas.

What does the park mean for the economy of Mozambique?

Now that lasting peace is on the horizon, Gorongosa could be the economic engine for the center of the country. Not only through tourism, but also through our agricultural projects. Our Wilson Biodiversity attracts external scientists to the country who not only train young Mozambican scientists but also bring their grant money.

How are the lives of the people who live in the park's 10 kilometer-wide surrounding "buffer zone" improving through your work?

We consider Gorongosa Park to be a "human development engine." We support four thousand farm families in the buffer zone with inputs and training. We provide health care to more than 100,000 people. We operate an after school girls education program that keeps girls in school (age 10-16) and out of child marriage and child pregnancy. We help them get to high school. We help them with their reading and writing. We teach them about health and human rights and bring them to the Park on fun field trips.

In ten years your contract to run the park runs out. What then?

Actually, the Mozambican Council of Ministers voted last year to extend my contract for another 25 years starting now.