The crucial vote is the first since the government and rebels signed a peace deal to end decades of conflict. 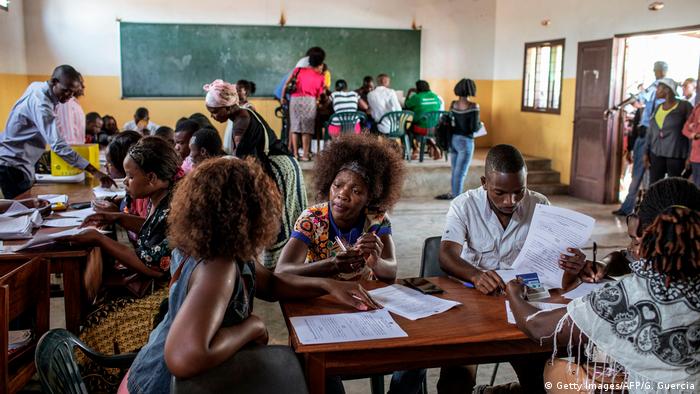 Mozambicans voted on Tuesday in a high-stakes election viewed as a test for consolidating a peace deal signed between the ruling party and former opposition rebels in the southern African country.

The Frelimo party, which has ruled the country since independence from Portugal in 1975, was expected to maintain control against its rival Renamo.

The two sides signed a peace deal in August to end decades of civil war that devastated the economy and left a million dead. The 1975 - 1992 conflict was followed by a truce until Renamo took up arms again after a contested 2014 vote.

Around 13 million registered voters were eligible to cast ballots in Tuesday's presidential, parliamentary and provincial elections.

President Filipe Nyusi was expected to secure a second five-year term despite a financial crisis triggered by a $2 billion (€1.8 billion) corruption scandal linked to secret services and the Defense Ministry.

The country is also struggling to recover from two devastating cyclones in March, which displaced hundreds of thousands of people.

But the president is credited with securing a $25 billion liquid natural gas project billed as capable of turning the impoverished nation into one of the world's largest gas exporters.

Led by its new leader Ossufo Momade, Renamo was hoping to take control of three to five of Mozambique's 10 provinces following a change to the law implemented as part of the peace deal that allow voters to directly elect provincial governors.

However, it's unclear how much power provincial governors will wield after Frelimo created a provincial secretary of state position, subject to presidential appointment, that would take on many of the functions that governors previously exercised.

The lead-up to the vote was marked by the intimidation of candidates, allegations of fraud and deadly fights breaking out between supporters.

Renamo has already accused the government of tampering with the vote, raising questions over whether the former rebels will accept the results.

The fear is that violence could rekindle if the results are disappointing for Renamo, or they challenge the outcome.

Insecurity and political tensions might keep some people from the polls in the country's north, where a low-level Islamist insurgency has left hundreds dead over the past two years.