As Mozambique's hidden debt scandal continues, groups are pushing for the secret loans that triggered the financial crisis to be declared illegal. 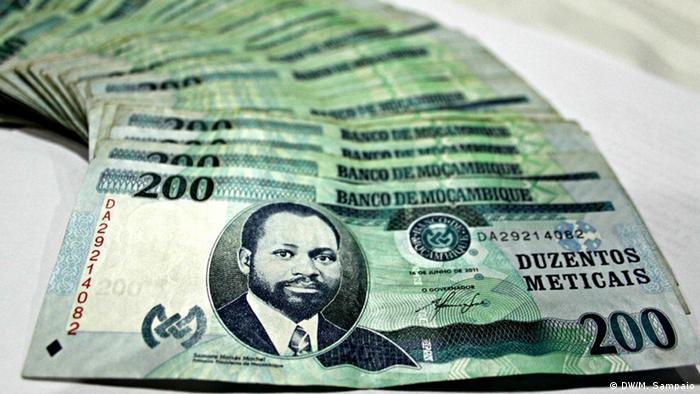 "Public hospitals have no medicines and there are no gloves in the maternity wards. The situation is getting more and more serious," said Eufrigínia dos Reis from the Mozambique Debt Group (Grupo Moçambicano da Dívida), a civil society organization fighting for debt reform.

The country's economic woes were brought on by secret loans that were backed by Mozambique's financial minister without parliamentary approval – as is required by the constitution.

The Mozambique Debt Group, as well as other civil society organizations, wants these loans to be declared illegal. This could help the Southern African nation find a way out of its debt crisis.

The $2 billion (€1.76 billion) loans from Credit Suisse and Russian lender VTB were made to three state companies supposedly for the purchase of naval equipment and a fishing fleet. Not only have the companies failed to start operating, the whereabouts of some $500 million can't be traced.

Because the state guaranteed the loans, it is responsible for paying them back. When this extra $2 billion in debt was added to the government accounts in 2016, it raised Mozambique's debt ratio to unsustainable levels. In 2017, the country announced it wouldn't be able to make its debt repayments, triggering an debt crisis that is still being felt in Mozambique today. 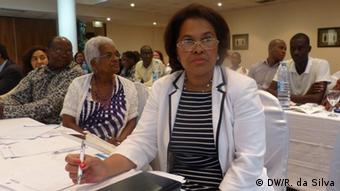 "The people responsible must be prosecuted but our government protects those responsible. It's their party members, $2 billion has gone underground and it's the people who are now paying!" dos Reis told DW in an interview.

Mozambicans are fighting back

Numerous civil society groups have sprung up advocating for debt transparency. Several of them, including the Mozambique Debt Group, have sought help from the London-based organization, the Jubilee Dept Campaign, in their push for justice.

"We want the debt to be considered illegal," explained Jubilee Dept Campaign coordinator Tim Jones, "because it has not been duly contracted. We want the government people responsible to be held accountable in court, alongside the London banks that lent the money. They are the only ones who should pay, not the Mozambican people."

The Credit Suisse and VTB loans were made by the banks' London branches, which means the secret debts formally fall under UK law.

Trying to use international pressure

Earlier this year, some 100 British members of parliament signed a Jubilee Dept Campaign motion that expressed "concern about the alleged secret loans given by London-based banks to Mozambican companies ... without approval of the Mozambique parliament."

"If British parliamentarians can stand up for the people of Mozambique then our own MEPs can't simply remain silent," she said.

The Mozambique Debt Group is proposing the establishment of a relief fund for the victims of the financial crisis. Dos Reis says the banks who made the loans as well as the Mozambican companies "that embezzled the money" should pay into the fund.

Mozambique been considered insolvent since 2017 and is effectively cut off from international credit lines.

The government is trying to offset its chronic budget deficit by seeking assistance from the International Monetary Fund. It's also been borrowing from Mozambican commercial banks. But recently, these have stopped buying government treasury bonds because they believe the risk of state bankruptcy is too high. 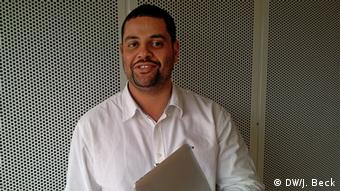 Adérito Caldeira is the editor of Verdade, a DW partner organization

"It's a catastrophe for the state's finances," said financial expert Adérito Caldeira from Mozambique's online portal Verdade. "If this continues, we'll soon be left high and dry."

"For a long time, the government has tried to give the impression that the crisis was over and that the economy is growing," he said.

In reality, the situation is serious and the government obviously still has difficulties paying its bills, Caldeira said, pointing out that not all civil servants had been paid their July salaries.

The secret debt scandal hit a country already suffering from falls in resource prices. This is being compounded by Mozambique's problems in collecting tax revenue – creating even more of a revenue shortfall. 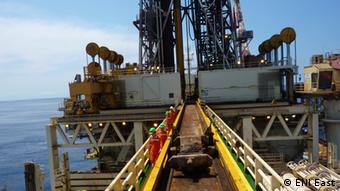 State revenues from oil and gas companies is below expectations

The Center for Public Integrity (Centro de Integridade Pública) recently published a study showing that Mozambique has been incapable of collecting taxes for years, especially from international oil and gas corporations.

"The authority that is supposed to control the gas and oil business is completely overwhelmed," said CPI's Fátima Mimbire, citing the example of companies writing off luxury travel or villas as operating costs.

"The Mozambican state is losing millions of dollars in revenues, and corruption and mismanagement and generally weak governance are making matters worse," she said.

Mozambique is home to huge reserves of oil and gas. US company Anadarko alone has signed contracts for the promotion and liquefaction of natural gas worth more $30 billion.

The government says by 2025, the deal could generate revenues of as much as $2.3 million a year.

Raquel Loureiro and Kate Hairsine contributed to this report.