Mozambique is the first major African nation in recent times to become unable to meet obligations to international creditors. A decade after the last major debt write-down, African states are again in difficulties. 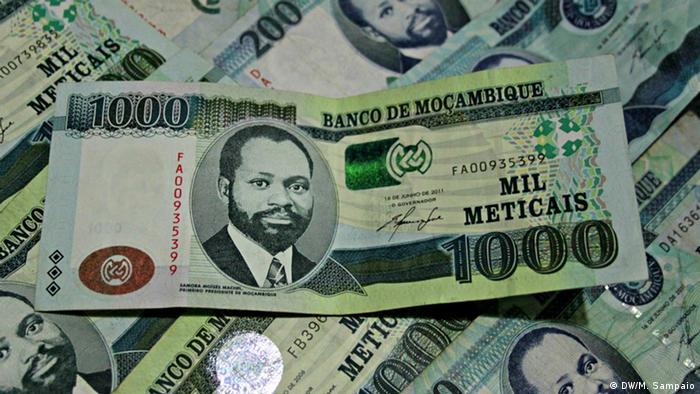 Finance ministers and central bankers from the G20 group of the world's most influential industrialized and emerging economies met in Baden Baden, Germany on the 17/18 March. The German NGO Erlassjahr.de (Jubilee Germany), which campaigns for debt relief, saw this as an opportunity to draw attention to the growing debt problems of many developing countries. The NGO has identified as many as 40 African countries which are showing signs of heavy indebtedness.

"This is not surprising because today's economic indicators are telling a story very similar to the situation in the late 1970s and early 1980s which led to the Third World debt crisis," said Jürgen Kaiser, political coordinator at Jubilee Germany. In the wealthy industrialized countries, interest rates are very low, but in Africa investors can fetch returns of between seven and 15 percent.  This leads to large capital flows from the North to the South.

"The low interest rates encourage countries to take out big loans which they then have difficulty paying back," Kaiser said. The situation becomes particularly precarious when commodity prices fall. This leads to a subsequent decline in tax revenue in economies that are dependent on oil, natural gas, coal or other raw materials.

This latest debt crisis may come as a surprise to some people because numerous developing countries had a large share of their debts written down under the Heavily Indebted Poor Countries (HIPC) Initiative.  However, commentators who were convinced at the time that that this initiative launched by the World Bank, the International Monetary Fund and the G-8 group of leading industrialized nations, including Germany, would solve the developing nations' debts problems turned out to be wrong.

Figures released by Jubilee Germany show how unsustainable the HIPC initiative was. Among the 40 African states where the indebtedness indicators were flashing red, 26 went through the HIPC program. One of those countries was Mozambique. In January 2017, the country ceased paying back its debts on time. In 2012, Mozambique's obligations to its creditors amounted to 40 percent of Gross Domestic Product (GDP), they now total 130 percent. Banks and investment funds were keen to lend Mozambique money believing it would be safe because the country possesses huge reserves of coal and natural gas. Those investors have been left empty-handed. "Mozambique is a very dramatic case. It is the first country to cease repayments in such an abrupt significant manner since HIPC debt relief," said Jürgen Kaiser. "But countries such as Gambia or Ghana, which also have an abundance of natural resources, are in a very critical situation as well. Senegal, which does not have much in the way of natural resoures, is also in difficulties once again," he added.

On analyzing World Bank data of African nations' indebtedness with foreign countries, it quickly becomes apparent that a large number of  African economies have recently acquired dramatic levels of new debt. Between 2005 and 2015 - the most recent year for which figure are available - Angola, Ghana, Kenya and South Africa have witnessed a threefold increase in their debt levels. Smaller countries such as Cape Verde also borrowed fresh capital during this time frame.

Currently there is no internationally recognized set of proceedings to settle the affairs of a country which has become insolvent. Many countries have such mechanisms for individuals and companies, but all attempts to create insolvency proceedings for sovereign states  have been blocked by a lobby consisting of banks and nation states. 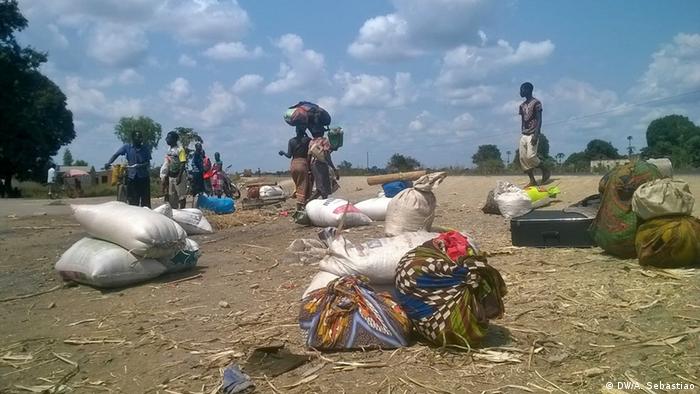 A low level armed conflict between the Renamo opposition party and the Frelimo government is stiil smoldering in Mozambique, but a ceasefire has been extended several times

IMF Managing Director Anne Kruger proposed the creation of a Sovereign Debt Restructuring Mechanism in 2001. It would have been administered by the IMF, but the proposal was blocked by the United States. It wasn't the only proposal. In 2014, the UN General Assembly adopted a resolution "towards the establishment of a multilateral legal  framework for sovereign debt restructuring processes." There were 124 votes in favor, 41 abstentions and 11 votes against. This resolution was non-binding and the chances of it being implemented are slim. One of the 11 states that voted against it was Germany.

"That could have been a mechanism that could have helped us move forward right now," said Jürgen Kaiser referring to Africa's present debt crisis. "Insolvency proceedings would mean that it wouldn't be just the creditors who would decide when debts should written down on or not. In the past that practice has led to debt relief being dispensed too late, on too small a scale, or not at all.

Sovereign debt restructuring was not on the agenda of the G20 meeting of finance ministers and central bankers at the weekend, but if more developing countries follow Mozambique's example and default on loan repayments, then it could be that G-20 will be forced to tackle the issue of debts levels.

Tension is rising in Mozambique. The governments and the rebels are locked in negotiatons to hammer out a peace deal, but there are conflicting reports as to whether they have succeeded. (18.08.2016)