Mozambique's parliament has lifted immunity for its ex-finance minister Manuel Chang, detained in South Africa on a US-issued international arrest warrant. Investigators suspect a link to its Lusophone ally, Angola. 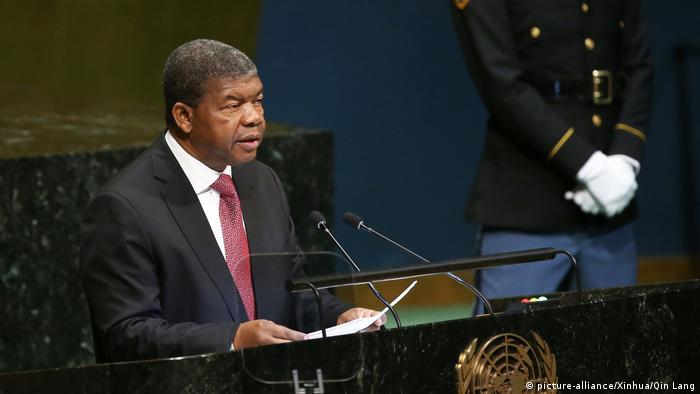 After three decades of corruption under Eduardo dos Santos, observers were hopeful Joao Lourenco would help Angola's natural resources translate into wider prosperity — he now appears to be implicated in a massive corruption scandal

The noose seems to be tightening around former Mozambican Finance Minister Manuel Chang, who has been held in South Africa since late December under an international arrest warrant issued by the US.

Chang, 63, was arrested at Johannesburg airport in connection with his alleged involvement in fraudulent loans to state firms totaling some $2 billion (€1.75 billion). The US alleges that Chang received $12 million to agree to sign a loan deal supposedly intended to finance a tuna-fishing fleet and maritime surveillance project. 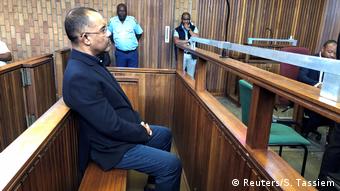 Chang had benefited from immunity as a serving member of parliament and extradition requests from both Mozambique and the US had gone unfulfilled.

The request by the Mozambican attorney general's office for Chang's immunity to be lifted was granted this week. Chang is due to return to court in South Africa on Thursday to hear the outcome of his bail application. Another hearing is scheduled for February 5 to rule on Mozambique's extradition request.

Government in the dark on murky financial dealings

The Mozambican scandal has all the ingredients of a spectacular criminal case. Various state companies took out loans of some €1.8 billion from Credit Suisse and Russian investment bank VTB Capital, with Mozambique's government acting as a guarantor. Parliament should have given its approval — but was not informed, and the money from the credits has disappeared. Mozambique cannot pay it back and is in deep trouble financially, also because international creditors have halted their payments.

Read more: Who is to blame for Africa's debt crisis?

The credit was intended to pay for projects including the creation of a state fishing fleet. A company called Privinvest was to deliver coastal patrol boats for the navy and build a dockyard for their repair and maintenance. Behind Privinvest is Lebanese businessman Jean Boustani, who investigators say has taken bribes and bribed others to get orders for his company.

According to British business risk intelligence agency Exx Africa, Privinvest and Jean Boustani have also been active in Angola, which has traditionally close ties to its fellow Lusophone country Mozambique. Both are former Portuguese colonies, and after independence Marxist-oriented liberation movements — MPLA (the People's Movement for the Liberation of Angola) and FRELIMO (the Mozambican Liberation Front)  came to power. 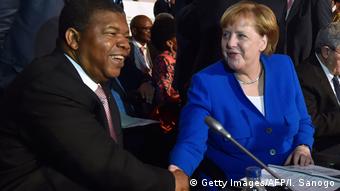 Many countries, including Germany, initially welcomed the transfer of power to Lourenco after over three decades of his predecessor's corrupt leadership — now, his future seems less rosy

"MPLA and FRELIMO previously had a common enemy, colonialism. They fought and became a group of friends with similar interests," Mozambican analyst Severino Ngoenha told DW. "That led to a situation in which groups that had fought together for freedom could also turn into Mafia groups."

Through Simportex, a state company owned by the defense ministry, Angola is said to have made a $495 million deal with Privinvest. New Angolan President Joao Lourenco was the defense minister at the time. Here too, the deal involved the purchase of patrol boats and a series of coastal protection measures. According to Exx Africa, the contract resembles in form and content one of the controversial deals made by Priminvest in Mozambique. Lourenco is said to have visited the project in Mozambique and had contact with Boustani.

It was only in August last year that Lourenco was feted by the German government during a visit to Berlin. "We are happy that with the inauguration of the president, a fresh wind is blowing in Angola," said Chancellor Angela Merkel at a joint press conference. She praised the reforms initiated by Lourenco, saying "I have also made it clear to the president, that Germany would like to be a good, reliable partner for Angola along this road."

Lourenco was seen as a bearer of hope for Angola, after he replaced longtime President Jose Eduardo dos Santos in 2017. Dos Santos ruled for more than three decades, treating the oil-rich country as his private property and installing family members in key positions. Apart from the president's family, only a small elite profited from Angola's oil wealth. 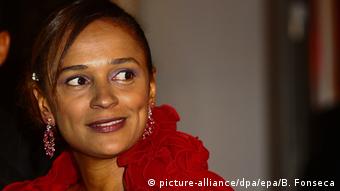 One of Lourenco's first acts as president was to fire Isabel dos Santos, the former president's daughter, as head of the state oil company

Lourenco promised to change this. One of his first acts was to fire dos Santos' daughter Isabel as head of the state oil company Sonagol. That went down well both at home and abroad. But now questions are beginning to be asked about his possible involvement in the Mozambican scandal.

'Appropriate measures' may be taken

Exx Africa bases its investigation on anonymous high-level sources in both Angola and Mozambique. Angolan constitutional expert Albano Pedro thinks it is likely that Lourenco is involved in the case. "As he was defense minister and two countries are involved that have close political ties, I have no doubt that there were plans to grant an undue advantage," Pedro told DW.

Alcides Sakala, speaker of the main opposition party, the National Union for the Total Independence of Angola (UNITA), said his party was "following this case with great attention and we think that the attorney general's office should have already taken a position. I believe there is enough material for the public prosecutor's office to take appropriate measures."

Nadia Issufo contributed to this report.

Sub-Saharan Africa is struggling to curb corruption but some countries have found the right 'ingredients,' to do so, Transparency International's coordinator for West Africa, Samuel Kaninda, tells DW. (29.01.2019)