Growing domestic instablity or risk of terrorism in Mozambique? | News and current affairs from Germany and around the world | DW | 08.06.2018

Growing domestic instablity or risk of terrorism in Mozambique?

A little-known jihadist group is believed to be behind the growing instability in Mozambique's remote but gas-rich far northern province. Security analysts say it is to soon to call the violence cross-border terrorism. 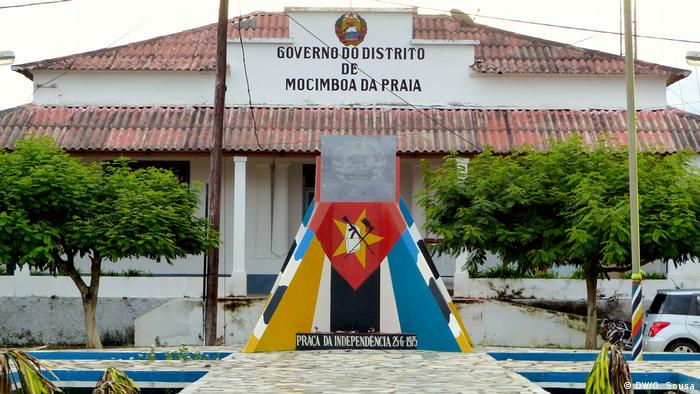 In the last two weeks alone, members of the group that calls itself "al-Shabab" have hacked to death or decapitated 30 people, burned down scores of houses and cars and sparked widespread terror.

The government says this group that "originates outside of Mozambique" is responsible for the killings in night-time rampages and dawn raids on residents and security forces in the area bordering Tanzania since October. It also blames them for an attack on a police station in the port town of Mocimboa da Praia that left 13 dead, including 11 attackers.

In the wake of a second attack in as many days this week that left five people dead in the village of Namaluco in Quissangao, police said they had detained 40 local and foreign people in Nampula province to the south to join the jihadists.

DW spoke to regional security analyst Martin Ewi of the Institute for Security Studies in Pretoria about the situation unfolding in the remote region of the civil-war ravaged southern African country.

DW: What is going on in northern Mozambique?

Martin Ewi: I think no one really fully understands what is going on. This wave of violence runs through the region, mostly along the coastal areas, around Mocimboa da Praia and not only Cape Delgado.

We've seen these attacks every now and then since October by this group called 'al-Shabab'. That was when the group announced itself. But we have not been able to pin an ideology to this group or see links with Al-Shabab or any other terrorist groups.

Mozambique itself has been mired in violence for many years - this kind of violence. It is not really unique if you compare it to the kind of attacks seen in the last 30 years.

Whenever elections are approaching, there is violence in the north - whether it is the ruling FRELIMO, the RENAMO opposition, or anyone. Elections are next year and we are seeing all kinds of assassinations. So, it becomes difficult to call it jihadist terrorism when the pattern of violence is one we have seen in Mozambique for many years.

Who are these outsiders the government blames for the violence?

The Muslims in northern Mozambique historically migrated from Tanzania and perhaps as far as Mombasa in Kenya. That kind of migration is still taking place. The area experiencing the violence is diverse. The Muslims are called foreigners.

Nothing will happen in this region that does not involve the population within this region. But we don't know the facts on the ground yet. The picture remains too blurred to conclusively say what is happening in Mozambique.

To some extent I agree with those who think the group in Mozambique is a new terrorist group, although it is very difficult to work out. We cannot really tell because terrorism is about ideology and we can't really tell what it is they want in Mozambique. We are trying to but now we can only speculate.

This is a region of Mozambique that has claimed it is marginalized. Poverty is widespread and most people blame their poverty on government officials who are very rich - they see poverty as inflicted by the government.  There is also the claim of the discovery of natural gas in that part of the country. RENAMO also lost its leader recently.

To some extent the "al-Shabab" group has been associated with RENAMO. In some parts they are disgruntled Muslims. Most of the six provinces that support RENAMO are in the north, which means the Muslim population has aligned themselves to the opposition.

But with all these factors, we factually don't know what is going on.

Is Mozambique on the path to the kind of violent extremism or terrorism seen in other parts of Africa?

If there is terrorism in Mozambique, it is terrorism exploiting a situation that has been on the ground for long years. Before Boko Haram was formed there was conflict between Muslims and Christians in Nigeria. Boko Haram exploited this conflict. We have seen this in Nigeria, Cameroon, Niger and Mali. This could be a similar situation. It would have an impact for the region. But whether Mozambique is a possible gateway for terrorism Southern Africa, I will not answer until I can say who these people carrying out the attacks are, what their ideology and modus operandi is or who is supporting them.

Martin Ewi is a security analyst at the Institute for Security Studies in Pretoria.

The interview was conducted by Benita van Eyssen. It has been edited and condensed for clarity.

Afonso Dhlakama's death comes as his RENAMO rebel group is in peace talks with the government over decentralization and disarmament. His sudden death casts a shadow over the direction of peace talks. (03.05.2018)

The Nigerian radical Islamic group Boko Haram may have a new leader. Questions have now arisen about the fate of the group's former chief (pictured). (03.08.2016)