Dozens killed in Mozambique for refusing to join terrorists 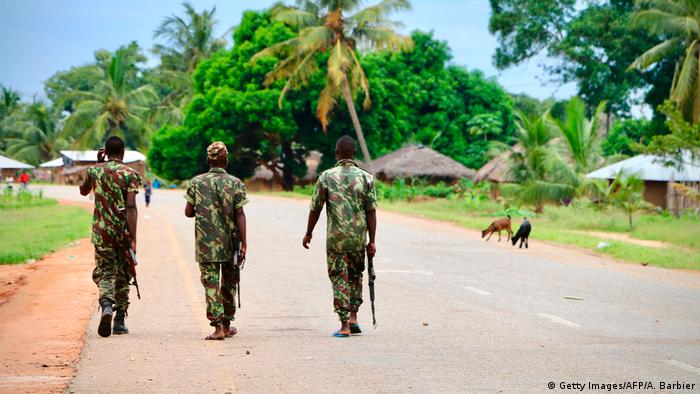 At least 52 people were massacred in a village in northern Mozambique, local police confirmed on Wednesday, when they refused to join a regional Islamist terror group. The attack occurred in the village of Xitaxi in the Muidumbe district, about 100 km (62 miles) from the border with Tanzania.

"The criminals tried to recruit young people to join their ranks, but there was resistance. This provoked the anger of the criminals, who indiscriminately killed, cruelly and diabolically, 52 young people," police spokesman Orlando Mudumane said in a statement to public broadcaster TVM.

The attack occurred on April 7 but has only just been discussed publicly by the authorities. Locals told French news agency AFP that the militants tore local schools, hospitals, and a bank upside down, as well as setting fire to bridge-building equipment.

In the two years since the insurgency began in Mozambique's isolated northern regions, more than 200,000 people have had to flee their homes and more than 900 people have been killed, according to the Armed Conflict Location and Event Data Project (ACLED). The extremists have mostly targeted remote villages, though they have stepped up their attacks in recent months, including briefly occupying the district headquarters of Mocimboa da Praia in March and burning government buildings, including an army barracks.

Initially, the insurgents sought to further foment unrest towards the central government in Maputo over mismanagement of the country's abundant resources, which include large-scale oil reserves, and widespread corruption.

The gunmen, who initially always hid behind masks, have begun to remove their face coverings during attacks and have aligned themselves more clearly with Islamist fundamentalists. At least twice they have been spotted flying the black and white "Islamic State" flag after committing acts of terror and they have publicly declared their intention to turn Mozambique into a "caliphate."

Government forces have been unable to stop the militants, even with the help of foreign mercenaries, and local security services are known to be ill-equipped and poorly trained.

The insurgency does not appear to have a name universally agreed upon by all of its offshoots, though some attacks last year were claimed by a group calling itself "Islamic State Central Africa Province." Locals also refer to it as al-Shabaab, though there is no evidence of a link between the fighting in Mozambique and the terrorist group based in Somalia.

The architect of Mozambique’s national unity