The number of attacks in Mozambique’s Cabo Delgado Province is on the rise. Among the latest victims were eight employees of a local gas sector contractor. But foreign investors are resolved to counter these threats. 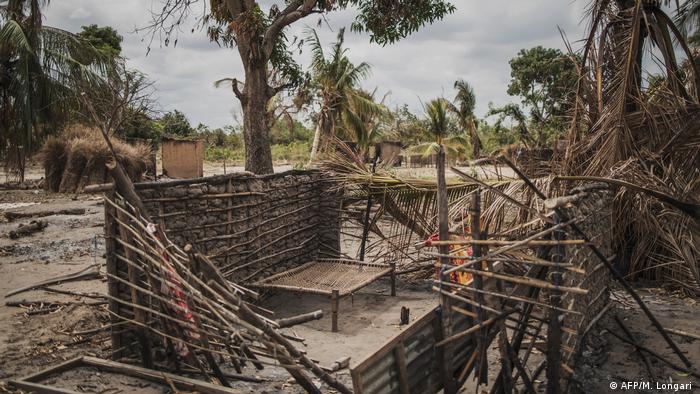 Islamists swept through the village of Aldeia da Paz in August 2019, leaving behind death and destruction

Inocência Mapisse is shocked over the loss of lives in northern Mozambique. But as an expert on large-scale energy projects, she knows that such violent attacks not only affect the families of the deceased but are also a major disruption for the entire Mozambican economy.

“Such attacks on employees who work for companies that deal in the gas sector in Cabo Delgado will — without doubt — have a negative effect on the profits of these businesses," she told DW.

Mapisse works for the Center for Public Integrity (CIP) NGO in the capital Maputo at the opposite end of the country. The government here is heavily in debt and needs the tax revenues from international companies invested in Mozambique. But with violence on the rise and profits in jeopardy, "falling profits mean reduced revenues," says Mapisse.

But its not only the central government that hopes to benefit from foreign investment. The economy of restive Cabo Delgado province itself has undergone a boost due to growing investments in the local liquefied natural gas (LNG) production from Asia. But the majority of the local population is yet to benefit from it. 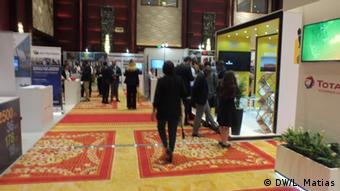 The delicate business of extracting LNG in Cabo Delgado requires highly specialist expertise and knowledge, which is in high demand but low supply in the impoverished region. But there is a lot of money to be made, according to Inocência Mapisse:

"About 5,000 billion cubic meters of gas reserves have been discovered in the Rovuma Basin off the northern coast of Mozambique. These are biggest LNG reserves in Africa, taking ninth place globally."

In the medium-term, there could be profits of more than $60 billion (€53 billion) made from LNG extraction in the region, according to government estimates as well as projections by investors. That number is four times Mozambique’s gross domestic product (GDP) last year.

Mozambique plans to start extracting the gas preserves in 2023, expecting a total of $25 billion in investments to explore LNG in the Rovuma Basin. 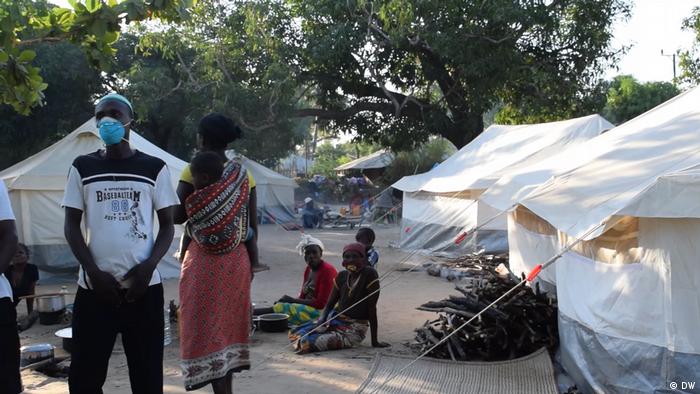 Thousands of people have fled Islamist violence in Cabo Delgado, often ending up in refugee camps like here in Metuge

Cabo Delgado on the brink

But those investments have been slow to materialize ever since Islamists first launched attacks in the region in 2017 and again in February 2019, when jihadists assaulted an Anadarko LNG site. In response, the company pulled out some of its investments.

Inocência Mapisse thinks it’s time for the government to step up its response if it does not want to lose further investments in Cabo Delgado: "The state needs to deescalate (the situation). It is important that the government act responsibly to avoid further losses," she told DW.

She stressed that young people in particular needed to be stopped from joining radical groups, highlighting that the poor communities in Cabo Delgado are often easily manipulated by jihadists.

"The government has to also reassure people, that the revenues coming in from the gas business will benefit the local impoverished population. This has to be their counterclaim to the propaganda spread by Islamists," she said, adding that a military response was simply not enough.

All stakeholders meanwhile appear to try to make light of the problem. In response to a query by the Portuguese news agency Lusa, French oil and gas company Total commented on Monday that the unfortunate death of eight employees working for Fenix Constructions in Cabo Delgado was unrelated to the gas exploration project in the Rovuma Basin.

Total defended that view by highlighting that the armed assault had occurred "about 60 kilometers (38 miles) away from the project site." 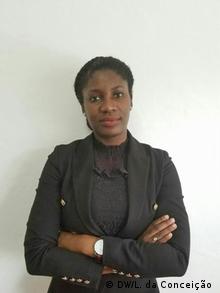 Just three days before the statement was given, Arnaud Breuillac, President for Exploration and Production at Total and effectively the second in command, had traveled to Mozambique on short notice to meet the Minister of Mineral Resources and Energy, Max Tonela. Breuillac, stressed that his visit was "in no way related to the security situation in Cabo Delgado Province."

He also emphasized that in his view, the government was in full control over the situation and that was dedicated to creating "the best possible circumstances for the execution of the gas project."

But Inocência Mapisse disagrees with that assessment. In her view, both Total and the Mozambican government just want to the get the project off the ground, making light of problems that communities in the north of the country face. According to Mapisse’s assessment, the situation in Cabo Delgado could be characterized as a state of war, with fresh attacks threatening to occur any moment.

Despite this, Total wants to see the project through, as the French corporation is already too invested: "The investments that have already been made are too high, and the profit margins are too tempting," Mapisse opined.

Meanwhile at least 700 people have died at the hands of armed groups in Mozambique since the beginning of 2018, and more than 115,000 have been displaced according to the United Nations.

The Bishop of Cabo Delgado Luis Fernando has referred to the situation as a "humanitarian crisis of the highest order."

"We live in a climate of fear and insecurity," he told DW. "Even in the provincial capital Pemba, where most people flee to, they live in fear. And it is not only the displaced people that feel this way. Cabo Delgado is the midst of a severe humanitarian crisis."