Middle East′s ancient monuments are the most endangered on Earth | Middle East | News and analysis of events in the Arab world | DW | 22.09.2022

Middle East's ancient monuments are the most endangered on Earth 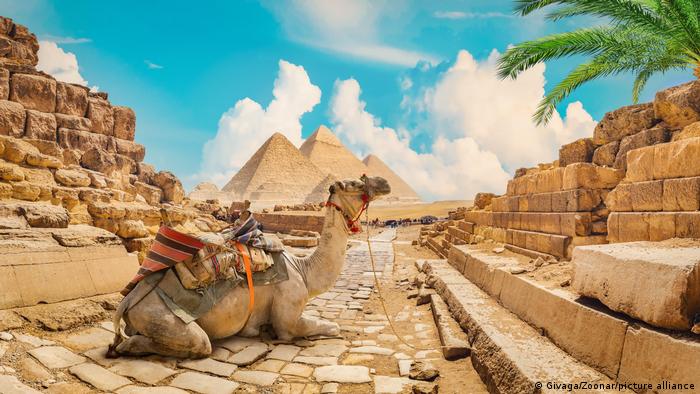 Due to hotter summers, the stones at some of Egypt's most famous sights are cracking and changing color

At one time, it was the largest city in the world, thought to be home to the hanging gardens of Babylon, one of the seven wonders of the world, as well as the legendary Tower of Babel.

But today, the ancient city of Babylon in what is now southern Iraq is falling apart. The city originally founded around 4,300 years ago is a mix of modern and ancient. Now, reconstructed plaster facades, built to replicate the historical originals, are falling off walls and some buildings, once popular with tourists, have become too dangerous to enter.

"Years of groundwater seeping up and then very, very dry summers are causing buildings to collapse," explained Eleanor Robson, professor of Ancient Middle Eastern History at University College London (UCL), who's been visiting Iraq's heritage sites several times a year for the past decade. "I spent a day last May walking around with Ammar al-Taee and his team [from the World Monuments Fund in Iraq] and it was so distressing," she continued. "They're just watching the place collapsing before their eyes."

The ancient Iraqi city, a UNESCO World Heritage Site since 2019, is not the only such site in the region to be feeling the increasing effects of climate change.

In Egypt, stones in historical structures are changing color and cracking due to high temperatures and humidity. More frequent wildfires, dust and sand storms, air pollution, increased salinity in the soil and sea level rises threaten other historical sites there.

In Jordan, there is concern that parts of Petra — a city around 2,300 years old, with intricate buildings constructed into the cliff side — are endangered by the potential for increasing landslides.

And in Libya, the ancient, oasis town of Ghadames is endangered because its main water source has dried up. Local vegetation has died off and residents have left. Heritage sites on coastlines right around the region are at risk because of rising sea levels and flooding. 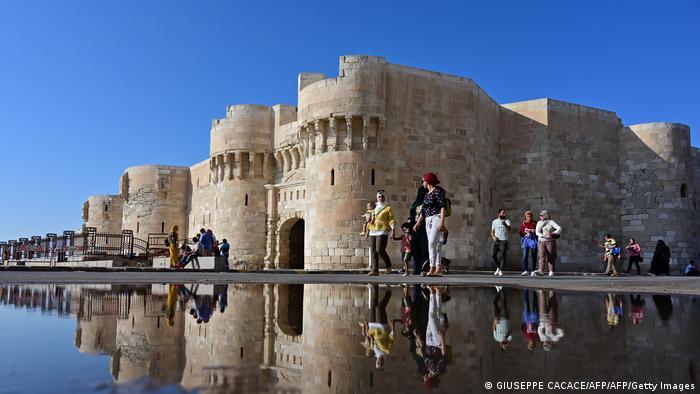 The Egyptian citadel of Qaitbay, a medieval fortress, is threatened by rising sea levels

This month, a paper published by a team of researchers from the Max Planck Institute for Chemistry in Germany and the Cyprus Institute seemed to predict that even worse was to come. The paper concluded that the Middle East and the eastern Mediterranean region was "warming almost two times faster than the global average, and more rapidly than other inhabited parts of the world."

This means that castles, forts, pyramids and other ancient sites in this part of the world are in more danger than ever from changes in the environment.

As the International Council on Monuments and Sites has said, "climate change has become one of the most significant and fastest growing threats to people and their cultural heritage worldwide."

"And there is no doubt that Middle Eastern cultural heritage is at more risk than that in places like Europe," said Nikolas Bakirtzis, an associate professor specialized in archaeology and cultural heritage at the Cyprus Institute.

First, heritage sites in the Middle East are at more risk than others because the region is getting hotter, faster, he said. Secondly, they're at more risk because many of the countries in the region have other concerns that may take precedence over preservation, including economic or political crises, and even war. 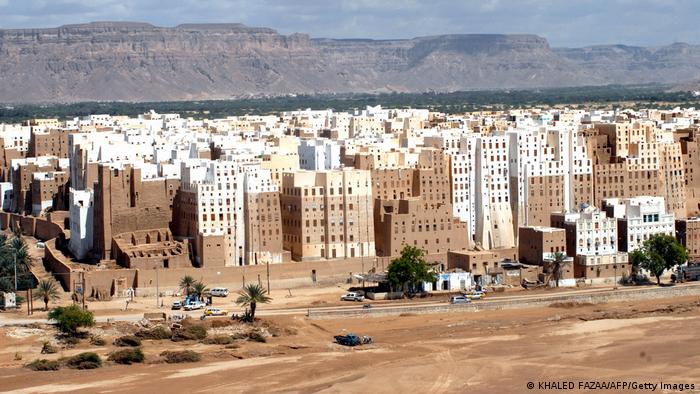 "Everybody is aware that this is a challenge but not everybody can afford to have this as a priority," he explained. Climate change obviously also affects European heritage sites but Europe is in a far better position to manage it, he noted.

Countries such as Egypt, Jordan and the Gulf states have been making progress on better managing their heritage sites in the face of climate change. But other nations in the region have not been able to do as much.

Often, there are government organizations set up to manage heritage sites, UCL's Robson added. For example, Iraq has its State Board of Antiquities and Heritage. "But they are desperately under-resourced, under-equipped and under-trained because of sanctions and the aftermath of the last 20 years in Iraq," she said. "Meanwhile, the physical needs of the sites are becoming more acute which makes them much more expensive to maintain."

"Awareness of this issue — the need to protect heritage sites from climate change — is only just in its infancy," said Ibrahem Badr, a professor at the Faculty of Archaeology at Egypt's Misr University for Science and Technology, just out of central Cairo. "Some studies have been carried out but that hasn't amounted to taking many measures on the ground. Unfortunately, most countries in the Middle East are not ready to deal with this issue and this is having a negative impact on archaeological sites." 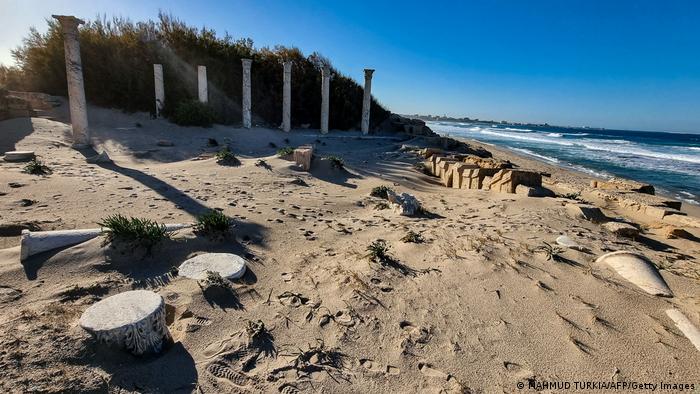 War prevented work on Leptis Magna in Libya, now the rising sea threatens this site of an ancient Roman city

Finally, and possibly most importantly, the experts argued that climate change was having an increasingly negative impact  on the communities around the heritage sites.

"It's not just an ancient temple or an archaeological site sitting there by itself," Bakirtzis said. "It's also about the communities that are sustaining its use and experience as well as the meaning of these sites."

Climate change will cause people to migrate when their living conditions become untenable, he explained, and besides having nobody to take care of the places, their cultural meaning will also gradually fade away.

He pointed to some of the early Christian sites in Iraq. At many of them, the local Christian communities had left because of war, attacks by the extremist group known as the Islamic State and the changing environment. "Now there's nobody there to visit or even care a little bit about the site, so they're just turning into ruins," the Cyprus-based academic noted.

Another issue that might arise is that when locals become desperate, they may start looking for artifacts that can be sold or smuggled.

"When people can no longer support themselves from the land because of desertification and high temperatures, we are likely to see a resurgence of archaeological looting, both professional and subsistence looting," Robson explained. She recalled this happening after the 2003 US invasion of Iraq.

All of this is why more and better efforts should be made to manage the impact of climate change on Middle Eastern cultural heritage, the experts all agreed. 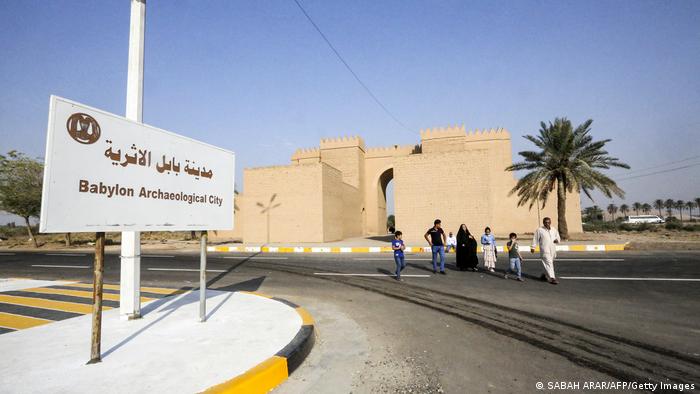 "In hard-nosed, archaeological terms, you might say [about Babylon] that it's just another site collapse, the same thing that's happened several times over the past 5,000 years," Robson said. "And future archaeologists can just come and dig it up again."

But it's about far more than that for the locals, she explained.

For example, Iraqis may argue about a lot of things but one of the topics that unites them and makes them proud is their country's history as "the cradle of civilization," the site of ancient Mesopotamia where the first writing, agricultural practice and cities were created.

"We have a personal relationship with heritage. It's literally an inheritance that informs that sense of who we are, what our role in the world and in our community is," Robson concluded. "It brings a sense of cohesion and is fundamental to our sense of identity."