Thank the Babylonians, not Pythagoras, for trigonometry | Science | In-depth reporting on science and technology | DW | 10.08.2021

Thank the Babylonians, not Pythagoras, for trigonometry

Most every kid learns a² + b² = c² in math. Pythagoras, right? Wrong. Babylonians used trigonometry 1,000 years before the Greeks. Time to rewrite history? 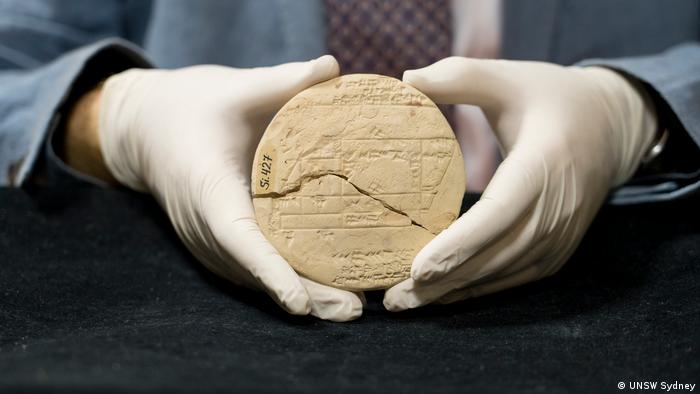 Small wonder: Is this clay tablet from Old Babylonia the earliest example of applied geometry?

This unassuming clay tablet may yet turn the history of mathematics on its head.

It was first unearthed in 1894 near where the Iraqi capital, Baghdad, is located today. But it was left to rest, forgotten in some corner of Istanbul's Archaeological Museum.

That was until Australian mathematician Daniel Mansfield spotted it in a photo in 2018.

Mansfield, a senior lecturer at the University of New South Wales (UNSW) in Sydney, Australia, got excited about the perfect angles he could see on it. So, he went to Turkey to investigate and find out more.

Dating back to the Old Babylonian period about 3,700 years ago, it could be the oldest known example of applied geometry. It also holds the secrets of an ancient understanding of triangles ... and how they resolved land disputes.

Did Pythagoras copy the Babylonians?

Mansfield has published details of his find, "Plimpton 322: A Study of Rectangles," in the journal Foundations of Science.

It's a find, he says, that promises to rewrite the math history books.

"The discovery and analysis of the tablet have important implications for the history of mathematics," says Mansfield. 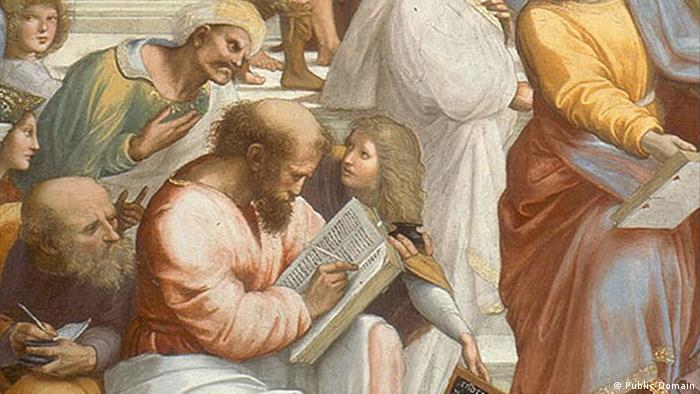 From the painting 'The School of Athens,' in which the artist Raphael depicted the revered Pythagoras

Until now we've gone with the story that trigonometry was invented by the ancient Greeks and more specifically by the philosopher and mathematician Pythagoras.

But Mansfield's study suggests that trigonometry was in use a thousand years before Pythagoras was even born.

Mansfield is no stranger to this kind of investigative work. In fact, part of this new discovery started in 2017 when he looked at another clay tablet.

It was only about the size of a postcard and called Plimpton 322. Hence, the title of the study he's just published.

He said then that tablet was the oldest known example of trigonometry written in cuneiform, or wedge-writing (an ancient script once used in the Middle East). 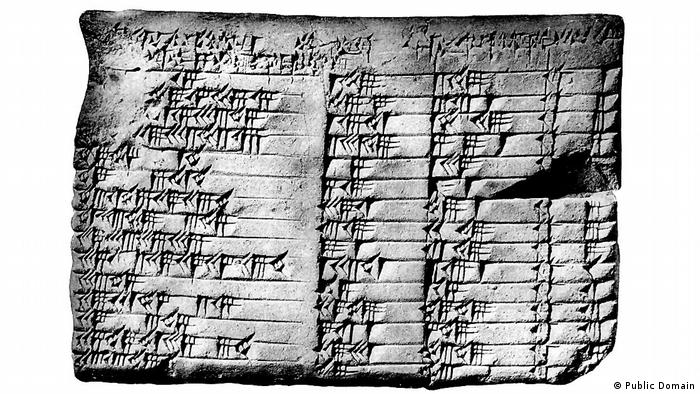 The purpose of the clay tablet Plimpton 322, marked in cuneiform, was unknown for many years

The Babylonians, says Mansfield, had ways to make their calculations more precise than those done by the Ancient Greeks.

Instead of using angles and circular or trigonometric functions, such as the Greeks did, the Babylonians based their calculations on numerical relationships.

Their calculations were based on a count of 60 — much like our units of time.

A base count of 60 meant that when they divided things, the results produced whole numbers (integers) more often than not, and that reduced the risk of them making mistakes or inaccuracies when they rounded results up or down.

Plimpton 322 originates from the same Babylonian era as the one in Mansfield's latest find. The latest object is known as Si.427.

It's been assumed that they were used to plan builds, for instance, or to measure the sizes of fields in land surveying or defining boundaries. But it's all been guesswork. 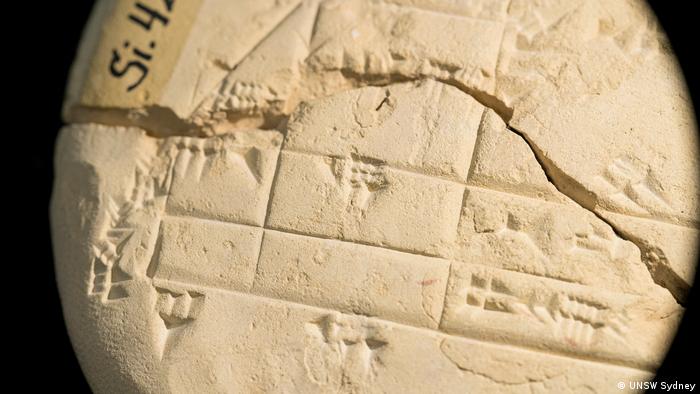 Mansfield says the tablet Si.427 was used in ancient land registry to document ownership and boundaries

He says Si.427 holds legal and geometric details about a piece of land that was subdivided after part of it was sold. It's basically a land registry document, detailing the exact boundaries and ownership of a plot of land.

"With this new tablet, we can see for the first time why they were interested in geometry: to lay down precise land boundaries," Mansfield says.

For the Old Babylonians to do that, a land surveyor had to measure the land and define the boundaries. And to do that, they would have used what we know as the "Pythagorean triples." We use them to calculate accurate angles. 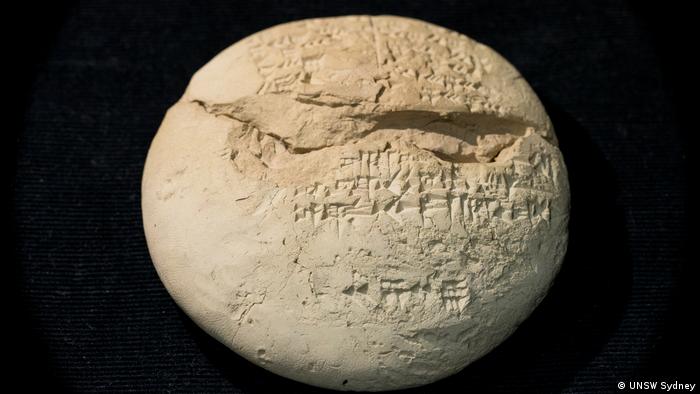 Si.427 holds legal as well as geometric details about an ancient plot of land

Pythagorean triples are a set of three whole numbers, such 3, 4, and 5. They can be the lengths of the sides of a triangle, for instance. And that system can also be used to make accurate rectangles.

"This is from a period where land is starting to become private — people started thinking about land in terms of 'my land and your land,' wanting to establish a proper boundary to have positive neighborly relationships. And this is what this tablet immediately says. It's a field being split, and new boundaries are made," says Mansfield. 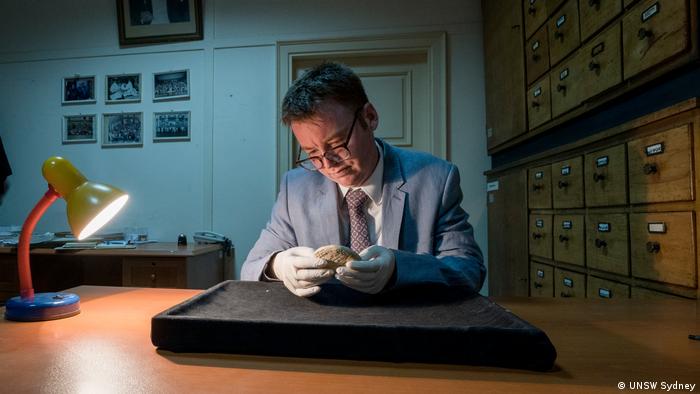 Trigonometry 1,000 years before Pythagoras — Mansfield is re-writing the history of math.

Mansfield says there are more of these Old Babylonian tablets. Each shows similar details about some land surveying and ownership issue. One of them involves a dispute over valuable date palms between two wealthy landowners and their properties. The local administrator agreed to send out a surveyor.

"It is easy to see how accuracy was important in resolving disputes between such powerful individuals," says Mansfield.

And a practical application for a complex bit of geometry, and that 1,000 years before the birth of Pythagoras.