Significant water shortages could spark dramatic social and political consequences in the region down the line. While some impacts are unstoppable, others could still be contained, a study has found. 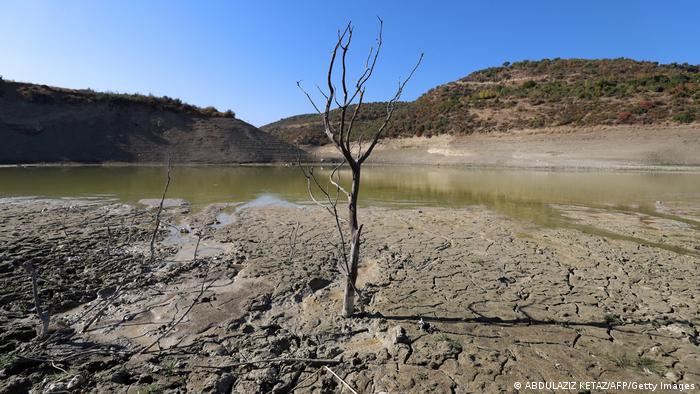 The summer of 2021 was hotter than almost any previous summer across the Middle East, with temperatures rising to nearly 50 degrees Celsius (122 degrees Fahrenheit) — almost 7 degrees Celsius higher than usual for that time of year.

And there are many indications that the scorching summer of 2021 was not a one-off.

Quite the contrary is likely, concludes an analysis by the European Union Institute for Security Studies: Future summers are likely to become even hotter and drier in the region.

"Arab Climate Futures," a paper examining numerous climate science studies, paints a climatically depressing picture of the future of the Mideast, stretching from Morocco to Oman.

According to the paper, the projected average temperature increase for these countries in the Middle East and North Africa will be 2.0 to 2.7 degrees C between 2040 and 2059.

In specific areas, it may even become up to 3.3 degrees hotter.

Moreso, since four-fifths of the region is desert or desert-like areas, the Mideast is already suffering from considerable drought, and additional environmental problems will exacerbate the situation further.

Worst impacts can still be averted

However, this development is not inevitable, said Florence Gaub, deputy director of the institute and one of the two authors of the study.

Some trends, she told DW, can be averted; while others are almost impossible to avoid.

"Egypt, for example, is at a crossroads: The impact of climate change depends very much on what the government does now," Gaub said in an interview with DW.

If things go well, there would be 20% to 40% less precipitation. The country could still cope with that. 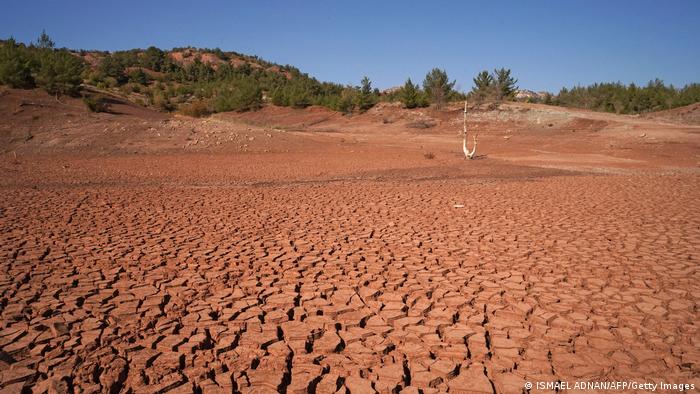 Dry heat and not a drop of water: Zawita Dam in northern Iraq in summer 2021

In other countries, however, the effects of climate change can no longer be halted.

"We already know that in Tunisia, for example, there will be no longer enough water to adequately supply the population in 2030, even without climate change," Gaub said.

This trend is not only related to climate change, but also to population growth and suboptimal use of existing water.

"The countries in the region are largely bad at recycling wastewater. A lot of water is wasted in agriculture," she added.

Unlike in Europe, where much water is either reused or used in industry, in Middle Eastern countries, water mainly goes toward agriculture, where it either seeps into the ground or evaporates.

"There's a lot that can be done," Gaub said.

In the five years preceding the uprisings of the Arab Spring in 2011, the region had experienced one of the worst droughts in 100 years.

It had robbed many people of their livelihoods, above all in agriculture. This, in turn, drove many rural residents to the cities; at the same time, food prices rose.

The Arab revolutions were thus at least partially a consequence of water shortages.

A particularly dramatic example is Syria, which still suffers from drought.

The protests, which were also caused by the impoverished population that had lost their income due to the droughts, and the Assad regime's brutal reaction to them, have plunged the country into a civil war that continues to this day. 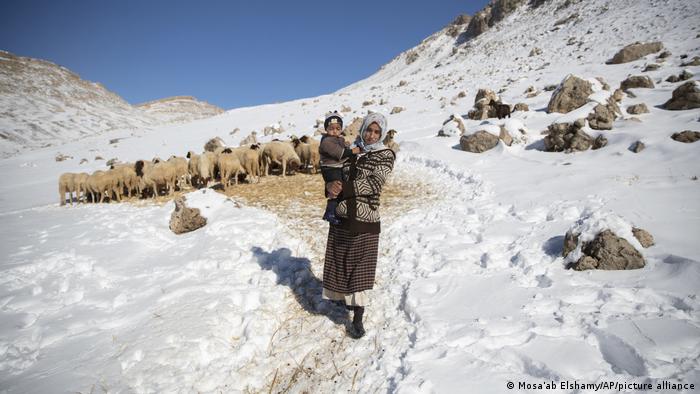 How long will it last? Snow in the Moroccan Atlas Mountains

Similar dystopic scenarios cannot be ruled out in the future either, says Gaub. "For example, less snow will fall in some regions of Morocco or Iraq. This will affect the small farmers who use the snow for agriculture."

The lack of water will then drive them and their families to the cities, she said.

"But with their qualifications, these people will have a hard time finding a job. This could turn into a high potential for frustration, which of course can turn into violence at some point."

Furthermore, rising temperatures are likely to reduce not only water quantity but also water quality, the study continued.

Extreme weather events could exacerbate water quality problems by increasing salinity in freshwater and contributing to other pollutants.

Droughts have a negative effect on water quality, as the reduction in water flow increases water temperatures and decreases oxygen levels in the water.

In addition, the decrease in water flows limits removal of pollutants. As a result, rivers become more polluted. 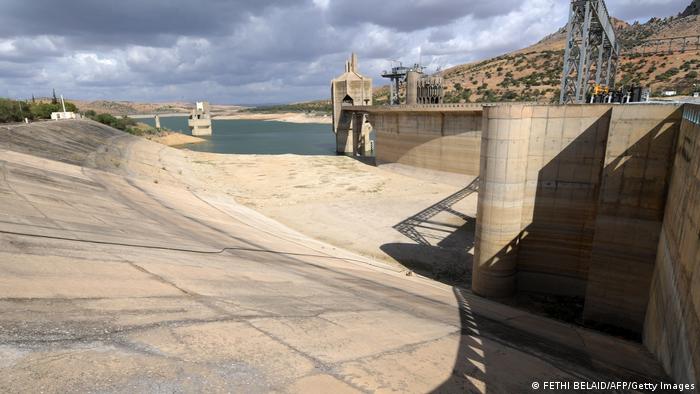 Tunisia is likely to face water crunches in the future, as at this drying reservoir behind the Sidi Salem dam in the north of the country

As early as in 2010, the amount of pollutants in drinking and irrigation water in Iraq was already three times higher than levels allowed by the World Health Organization (WHO), the study found.

Moreso, the amount of substances dissolved in the water — which include inorganic salts such as calcium, potassium, sodium, chlorine and sulfates, as well as pesticides — even tripled in the Euphrates River between the 1980s and 2009, according to the study.

"In the meantime, awareness of climate change has increased in the region," Gaub said. That level of awareness is not yet as developed as in Western countries, she said, referring to local environmental organizations. "But it is growing."

So far, many environmental organizations have focused on local phenomena, such as water pollution.

Water has become a huge issue in Iraq. "There have been lots of protests about it in the south of the country," Gaub said.

Meanwhile, other countries, such as Saudi Arabia, have launched initial initiatives to address the problem.

Gaub pointed out that European countries could also help mitigate climate change, for example, by importing solar energy from the Mideast or North Africa.

"With the solar power that could be collected in Algeria, you could supply all of Europe — if you could find a way to transfer the energy," Gaub said.

"It's in our interest to help the region — not just for moral reasons, but also since we could benefit from it economically as well."